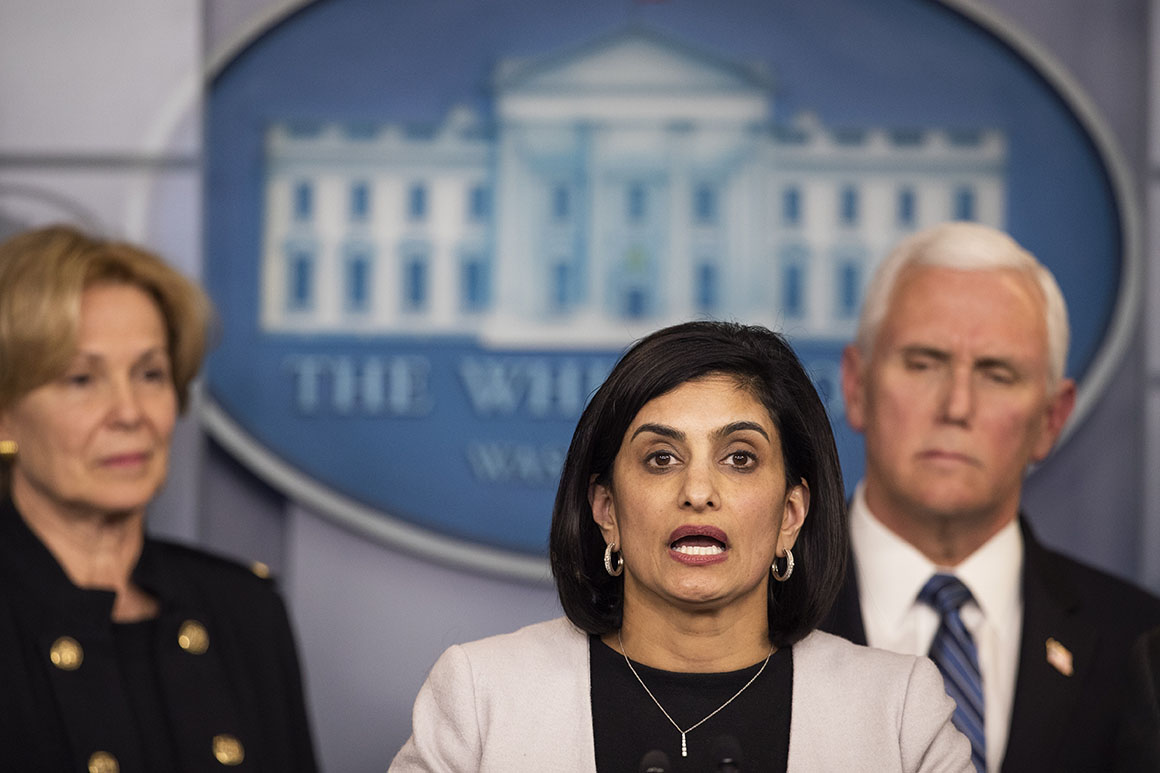 Verma said the agency is still reviewing the proposal, and that “we want to hold nursing homes accountable for outcomes.”

“One of the things that not just this particular regulation but just generally, a lot of our regulations have a tendency to dictate detailed processes and minutiae. … The feedback that we’ve gotten with our Patients Over Paperwork initiative is that sometimes that’s not helpful,” Verma said, referring to a Trump administration effort to cut red tape.

The agency’s inspectors have been sent to the facility in Washington state, Life Care Center of Kirkland, where seven people died after contracting the coronavirus. CMS plans to determine if the nursing home was following protocol, such as whether employees were changing gloves and properly handling food.

The five-star nursing home — the highest rating on CMS Nursing Home Compare site — received 18 health citations last April, such as for “fail[ing] to consistently implement an effective infection control program.” CMS levied a penalty of about $67,000 on the facility. In June, the state survey agency inspecting the home performed an unannounced visit and found the violations had been corrected, Verma said.