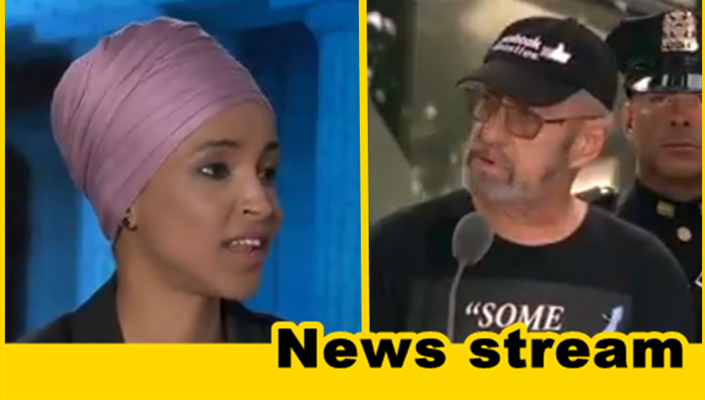 During a weekend interview on CBS’ “Face the Nation” Ilhan Omar was asked to comment once again on her controversial 9/11 comments.

Nicholas Haros Jr, whose mom was a victim of the 9/11 attacks had a strong message for Ilhan Omar after she characterized the historic terror attack as “some people did something.”

He has a strong message for Ilhan Omar, who believes that “some people did something.”

Omar responded to the question about her remarks that were criticized by Haros by focusing on the post-terror Islamophobia she says she felt.

DailyCaller reports Democratic Minnesota Rep. Ilhan Omar said that she faced Islamophobia after the September 11 attacks during a Sunday interview on CBS’ “Face The Nation.”

Host Margaret Brennan asked Omar about a 9/11 remembrance event that occurred last week, during which the family member of a victim got on stage and took issue with Omar’s previous description of 9/11 as “some people did something.”

“Do you understand why people found that offensive?” Brennan asked Omar about her language.

“But, I think it is really important for us to make sure that we are not forgetting, right, the aftermath of what happened after 9/11. Many Americans found themselves now having their civil rights stripped from them,” she continued.

“And so, what I was speaking to was the fact that as a Muslim, not only was I suffering as an American who was attacked on that day, but the next day I woke up as my fellow Americans were now treating me as suspect.”

During the interview, Omar also continued to push for a boycott on Israel and Israeli businesses, saying, “I think the opportunity to boycott, divest, sanction is the kind of pressure that leads to that peaceful process.”

The congresswoman has been accused of anti-Semitism several times due to her use of rhetoric against Israel and her supporters.