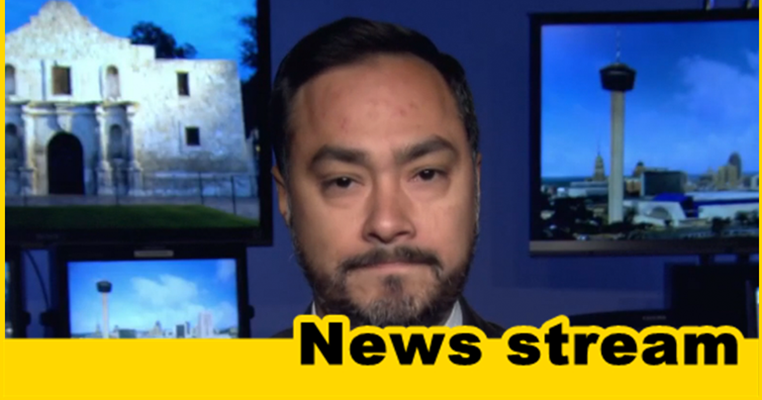 When Joaquin Castro tweeted his list of “who is funding Trump” in an effort to shame them, he probably did not expect one of his own donors would be on the list.

Wayne Harwell donated to both Trump and Joaquin Castro, but after Castro’s actions that are being widely criticized, he won’t be donating to Castro ever again.

Sad to see so many San Antonians as 2019 maximum donors to Donald Trump — the owner of ⁦@BillMillerBarBQ⁩, owner of the ⁦@HistoricPearl, realtor Phyllis Browning, etc⁩.

Their contributions are fueling a campaign of hate that labels Hispanic immigrants as ‘invaders.’ pic.twitter.com/YT85IBF19u

Trump donors whose names and employers were posted in a highly controversial tweet by Democratic Rep. Joaquin Castro blasted the Texas congressman on Wednesday for what they described as a “ridiculous” stunt and, in interviews with Fox News, rejected his claim that they are “fueling a campaign of hate” against Hispanics.

One of those Trump donors even revealed he’s also been a supporter of local Democratic lawmakers—including Castro himself.

Wayne Harwell, the owner of a local real estate development company whose name appeared on the list Castro shared on Monday night, told Fox News in a phone interview that he donated money to Castro’s congressional campaign. But he suggested that after Castro outed him in a bid to shame Trump supporters, he won’t be supporting Castro anymore.

“I was also on a list of people that gave to Castro and if he dislikes me enough that he wants to put my name out there against Trump, I’m not going to give money to him,” Harwell told Fox News. “Obviously Castro feels pretty strongly against me.”

According to Federal Election Commission records, Harwell donated $1,000 to Castro’s campaign in September 2011.

Harwell’s name appeared on a list, along with 43 other prominent donors in San Antonio who have contributed to President Trump. This year, Harwell contributed a total of $5,600 to the Trump Victory committee, and $2,800 to the Trump campaign. Harwell also donated to Trump’s campaign during his first presidential run in 2016.

That list was posted on Twitter by Castro, who is the campaign chairman for his brother, 2020 presidential hopeful Julian Castro. The Texas congressman sought to link them to a “campaign of hate” in the wake of the mass shootings in El Paso and Dayton.

“Sad to see so many San Antonians as 2019 maximum donors to Donald Trump,” Castro tweeted. “Their contributions are fueling a campaign of hate that labels Hispanic immigrants as ‘invaders.’”

“I think some of the Democratic rhetoric is more hateful than some of Trump’s rhetoric,” he said. “I think the San Antonio community needs to take a real deep look at what Castro is doing. Why is he doing this?”