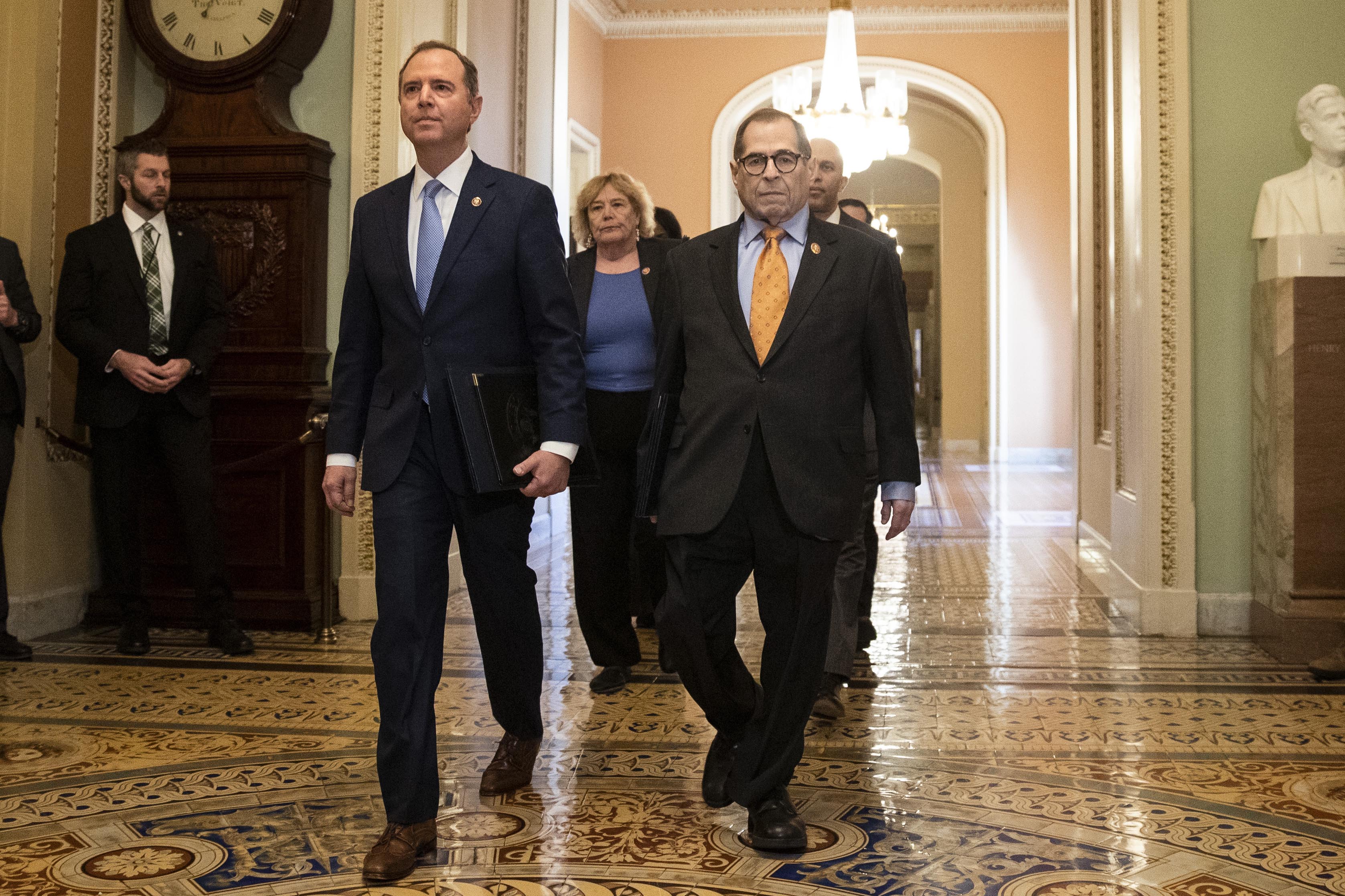 How little we know about the Ukraine scheme headlined by Trump’s personal lawyer Rudy Giuliani was underscored by public interviews given last week by Giuliani associate Lev Parnas, who currently faces a federal indictment in the Southern District of New York.

Parnas made sweeping claims, such as his assertion that Trump was “aware of all of my movements” and that Attorney General Bill Barr was “basically on the team.” These are provocative and damning assertions. But how exactly does Parnas claim to know all of this?

While there is good reason to be skeptical of these allegations, Parnas provided a trove of notes, texts and other evidence that demand further investigation. For example, Parnas presented evidence that former Ukraine ambassador Marie Yovanovitch was under surveillance. The American people—and Yovanovitch—deserve to know whether that allegation is true and exactly why Trump’s associates were surveilling our own ambassador. After all, it is possible this scheme constituted a federal crime, such as a conspiracy to threaten or assault a federal official.

This isn’t the only new evidence to come to light since Trump was impeached by the House of Representatives. A few weeks ago, Just Security published unredacted versions of emails that show the internal resistance in the administration to Trump’s scheme to withhold aid as well as an apparent effort to abuse the FISA process to cover up that resistance.

There are certainly more shoes to drop, given that Bolton has now expressed his willingness to testify—and is writing a tell-all book that could reveal new information that will raise even more questions. Bolton publicly said that he will testify before the Senate if subpoenaed, but he previously resisted a House subpoena. Bolton has no principled reason to reject a subpoena from the House given that he is willing to accept one from the Senate.

Right now, Democrats are focused on conducting this investigation via the Senate trial itself. But the Senate trial is not the ideal vehicle to conduct an investigation of this matter, even if Senate Republicans sincerely wanted to get to the bottom of it. In a typical trial, jurors are carefully selected to ensure that they don’t know anything about the case or have an interest in the outcome. In the impeachment trial, the “jurors” know a lot about what Trump did and many have a personal stake in the outcome of the trial.

Senators aren’t really jurors either, as Chief Justice William Rehnquist noted during the Clinton trial. After all, the jurors in an impeachment trial decide what the rules are, what evidence can be introduced and what witnesses are called. If a jury in a typical case got to set the rules for a trial, trials would rarely last more than a few hours, so jurors could quickly get back to their jobs and families.

In a criminal trial, judges instruct jurors regarding the law and the jury decides questions of fact. The judge decides the defendant’s sentence much later. But in an impeachment trial, the question of whether removal for wrongdoing is warranted—an issue of law and sentencing, in this context—is decided by the senator jurors.

Under normal circumstances, the best vehicle to investigate this matter would be a special counsel. I recognize that recent history makes this proposal controversial. But regardless of your opinion of former special counsel Robert Mueller, he conducted a professional, thorough investigation that resulted in a comprehensive report that extensively documented his findings. There are other well-qualified investigators available to serve in this capacity.

The real problem with naming a special counsel is not recent history but the politics of the Department of Justice. Given the allegations against Barr, a special counsel makes perfect sense here to avoid the appearance of impropriety. But it’s hard to imagine Barr (or the deputy attorney general, in his stead) appointing a special counsel. Given that reality, it will be up to Congress to investigate this matter itself, either pursuant to its oversight authority or as part of another impeachment inquiry.

Congress can’t investigate as well as a professional criminal investigator could, but they made the most of the tools they had during the recent impeachment inquiry. There is no reason why they couldn’t continue their work.

The House impeachment inquiry was limited in time by the purpose of its work. If the House spent months fighting in court every time the Trump administration withheld documents or ordered witnesses not to appear, impeachment wouldn’t happen until after the 2020 election. But a subsequent House investigation could fight in court to obtain that evidence, establishing important legal precedents and ensuring that misconduct is not hidden from public view.

The upcoming Senate trial looks to be unsatisfying for both sides. Democrats won’t get the additional evidence and testimony they seek, and Trump won’t receive the finality and vindication he desires. Typically, defendants get some kind of resolution from a trial, no matter the verdict. Trump won’t get that.

Trump has himself to blame. His strategy of withholding all documents and witnesses successfully delayed and limited the Democrats’ investigation and may have contributed to their failure to remove him from office. But by obstructing their investigation, he ensured that new evidence would continue to emerge. As those new leads come to light, the House should be poised to follow them until the full truth is known.