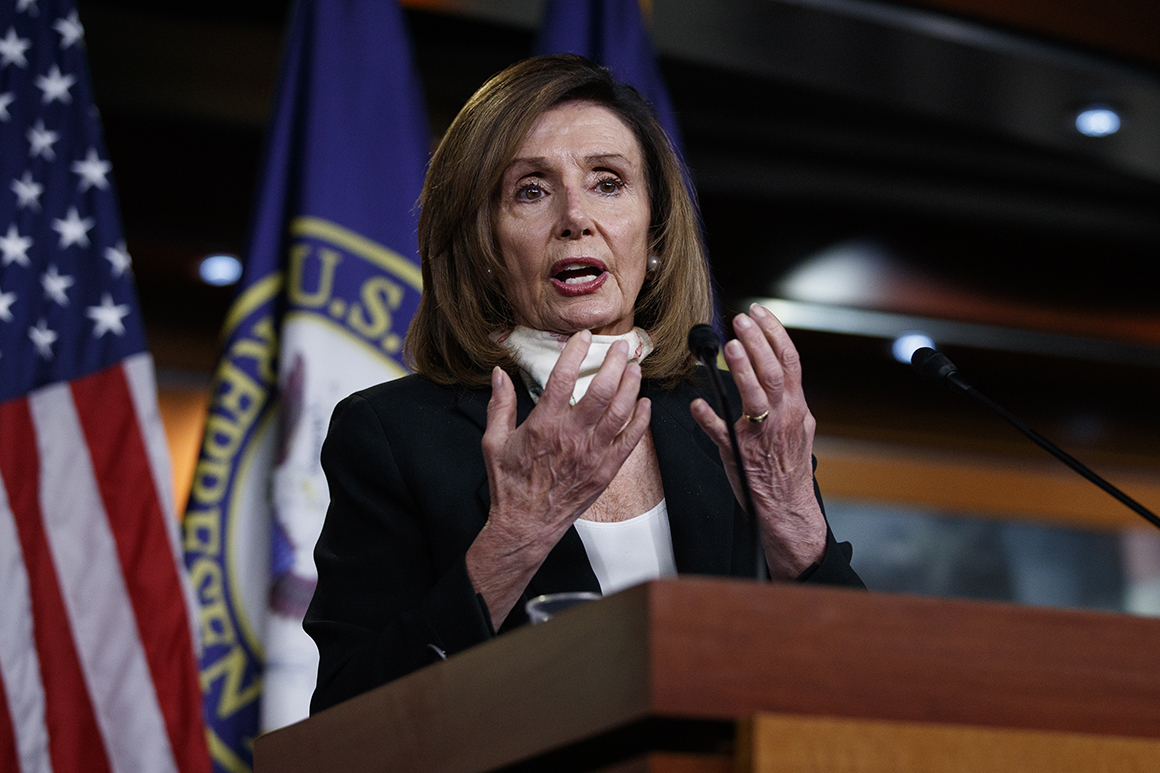 “For a while there were a scarcity of tests,” Pelosi told reporters on Thursday when asked if she had ever taken a coronavirus test or an antibodies test. “We didn’t want to be first in line, when so many people who had symptoms and had justifications for it.”

Trump and Pence, meanwhile, are tested daily for the coronavirus, as well as any other officials, staff or visitors who meet with the president or vice president or travel with them.

Pelosi, who is 80, said she consulted with Dr. Brian Monahan, the House’s doctor, after she was potentially exposed to the virus by a fellow congresswoman, Rep. Nydia Velazquez (D-N.Y.), who became ill in late March. The two stood side-by-side — although several feet apart — during an event in the Capitol, before Velazquez knew she was sick.

“I said to the doctor, should I be having a test? He said no, you don’t have any symptoms, and your proximity was not such that it would justify that,” Pelosi said. “You’d be putting yourself in front of others in line,” she added, quoting Monahan.

Pelosi was asked whether she was tested after Sen. Tim Kaine disclosed on Thursday that he and his wife both tested positive for coronavirus antibodies, after what they presume was a mild case of the virus.

Pelosi and her leadership team have strictly enforced social distancing around the House chamber, as well as reducing the overall numbers of lawmakers present in Washington by allowing members to cast votes by proxy from their districts. House staff have also implemented new cleaning procedures.

Still, Pelosi’s decision to forgo a test is surprising, given her proximity to others in the Capitol, her age, and her position of power.

Lawmakers in the U.S. Capitol are not regularly tested for coronavirus — an issue that has caused some concern among members of both the House and Senate as they returned to work during the pandemic. Washington remains a hotspot for the virus.

Pelosi and her Senate GOP counterpart, Majority Leader Mitch McConnell (R-Ky.), jointly declined an offer from the Trump administration earlier this month to have more testing available in the Capitol. The White House had offered to send three rapid-results testing machines — which are used by Trump’s own officials and staff — and 1,000 tests for members’ use.

„Congress wants to keep directing resources to the front-line facilities where they can do the most good the most quickly,“ the joint statement read.