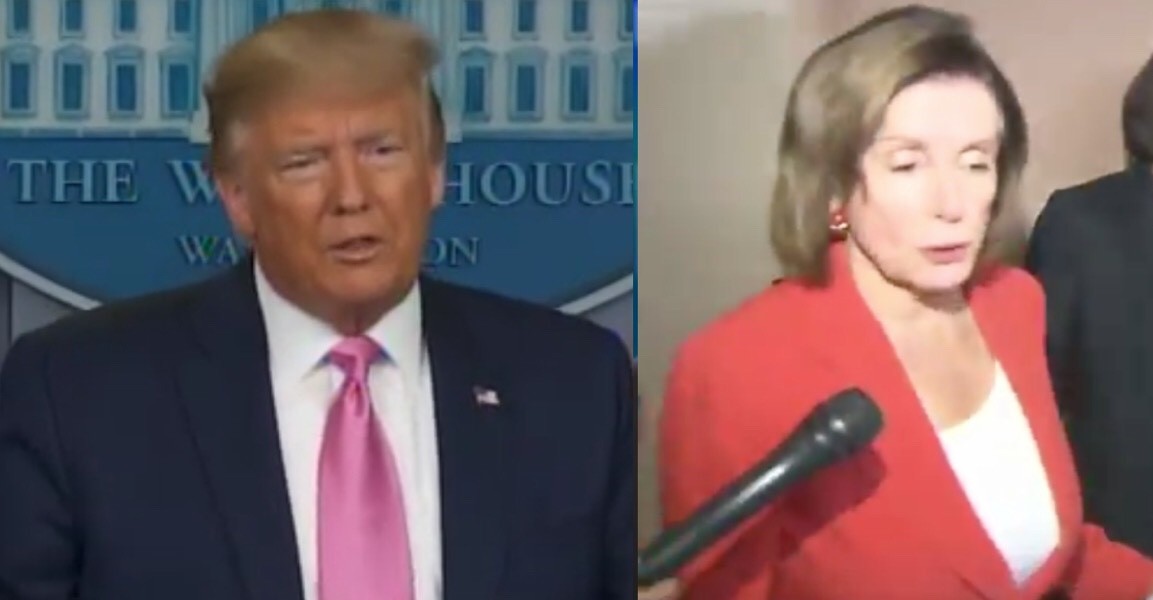 On Wednesday, CNN senior congressional correspondent, Manu Raju, caught up with House Speaker Nancy Pelosi (D-CA) and asked her about the coronavirus. “Coronavirus is under control, according to the president. Your reaction to that?” he asked her, to which she responded, “I don’t think the president knows what he’s talking about, once again.”

During a news conference addressing the coronavirus at the White House Wednesday, President Trump responded to a reporter who had asked about Pelosi’s comment toward the president.

“I think Speaker Pelosi is incompetent,” the Commander in Chief fired back when asked about her statement.

“She lost the Congress once, I think she’s gonna lose it again,” President Trump continued. “She lifted my poll numbers up 10 points. I never thought I would see that so quickly and so easily. I’m leading everybody, we’re doing great. … But I think she’s incompetent. And I think she’s not thinking about the country.”

“We have to work together, instead she wants to do the same thing with Cryin’ Chuck Schumer. He goes out and says, ‘The President only asked for 2.5 billion dollars. He should have 8.5 billion’. This is the first time I’ve ever been told we should take more. Usually, it’s we have to take less. And, we should be working together. He shouldn’t be making statements like that, because it’s so bad for the country,” the president said. (Continued Below)

President Trump recommended that Speaker Pelosi “go back to her district and clean it up”, adding that she is “trying to create a panic and there’s no reason to panic.”

“There’s no reason to panic,” the president reassured reporters. (Video Below)

Trump just responded to Pelosi’s comment to me earlier today. “I think Speaker Pelosi is incompetent. … She should go back to her district and clean it up. … She’s trying to create a panic.”

We leave you with some advice from the President: “Wash your hands, stay clean”.