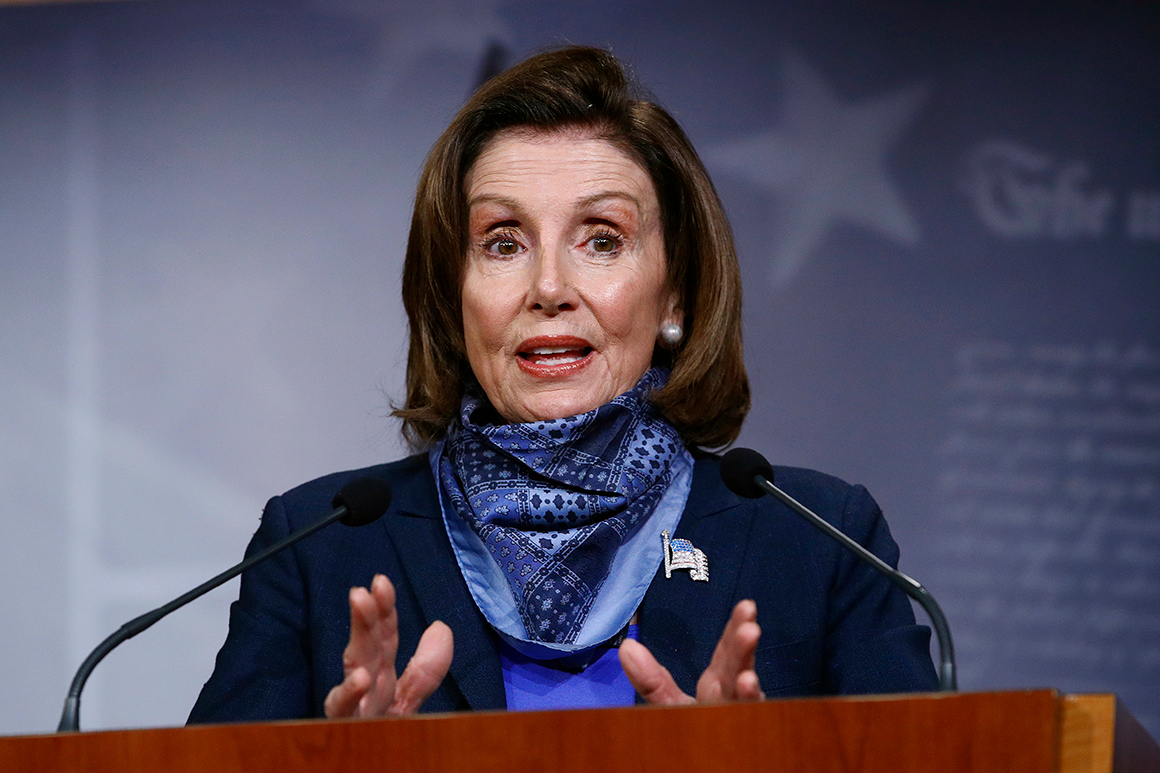 Pelosi’s snap decision avoids a nasty partisan fight with Republicans over the proxy voting as Congress wrestles with the continuing coronavirus crisis, which has led to the deaths of more than 45,000 Americans and plunged the country into its worst economic crisis since the Great Depression.

Top Democrats had planned to move ahead with the rules change this week, first voting on the proposal in the House Rules Committee on Wednesday night before moving to the floor Thursday. Democrats expected to have enough support on their side to approve the monumental change — which would temporarily upend more than 200 years of voting norms in the chamber — though little, if any, backing from Republicans was expected.

Instead, a bipartisan task force that includes McCarthy and House Majority Leader Steny Hoyer (D-Md.) will “review remote voting by proxy and reopening the House,” according to a senior Democratic aide. Reps. Jim McGovern (D-Mass.) and Tom Cole (R-Okla.), the leaders of the House Rules Committee, and Reps. Zoe Lofgren (D-Calif.) and Rodney Davis (R-Ill.), top lawmakers on the House Administration panel, will also serve on the task force.

The idea had won the backing from Hoyer and McGovern, under pressure from dozens of lawmakers who worried that Congress would be seen as sitting on its hands during this crisis unless it had some kind of remote voting power. The proposal for proxy voting was especially popular among the Democrats’ most endangered members, who feared the inability to vote could hurt them politically.

Democrats were also looking to change the chamber’s rules on committee hearings, which would give members more flexibility to hold events remotely. Hoyer said during Wednesday’s caucus call that committees will begin to work in a “virtual context” but did not provide details.

Democrats’ push to overhaul the House rules during the pandemic met with resistance from Republicans, who say they were left out of the discussions.

Cole said Tuesday he didn’t support the idea — which he said “diminishes the power of the institution” — and said few of his colleagues would either.

“We could be up and operating within normal parameters,” Cole said in an interview. “Instead, we’re dreaming up ways to keep us out of Washington longer.”

Melanie Zanona contributed to this report.