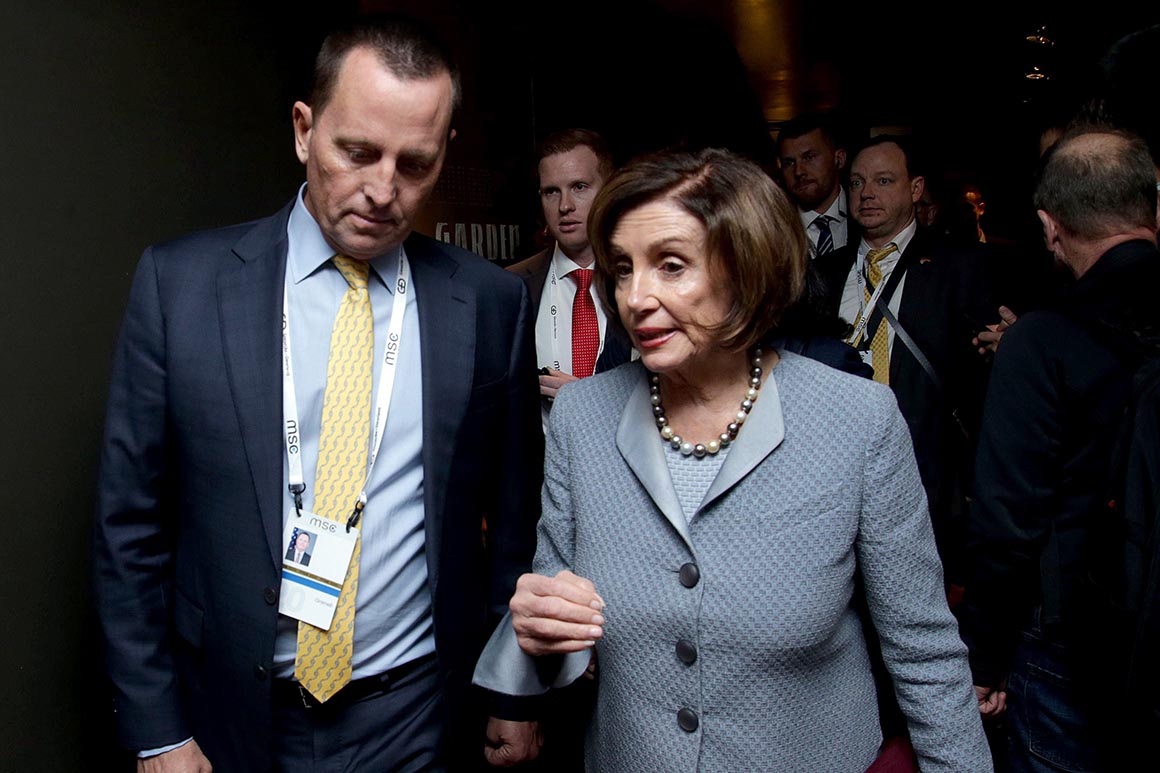 The report said Trump expressed anger toward acting director of national intelligence Joseph Maguire for greenlighting the briefing, suggesting Democrats would use the information against him as he seeks reelection.

Trump announced Wednesday that his fierce ally and current ambassador to Germany, Richard Grenell, will take over from Maguire as the acting director. The White House is still searching for a permanent director, however, and on Thursday night, the president revealed to reporters on Air Force One that he is considering Rep. Doug Collins (R-Ga.) for the job.

Pelosi revealed on Twitter that House members would have an election security briefing on March 10.

Trump was also reportedly angry that House Intelligence Chair Adam Schiff was in the intelligence briefing. Schiff was one the Democrat impeachment managers during Trump’s Senate impeachment trial and a frequent punching bag at Trump’s rallies.

Schiff also responded to the Times report Thursday night, tweeting: “We count on the intelligence community to inform Congress of any threat of foreign interference in our elections. If reports are true and the president is interfering with that, he is again jeopardizing our efforts to stop foreign meddling. Exactly as we warned he would do.”

Kyle Cheney contributed to this report.