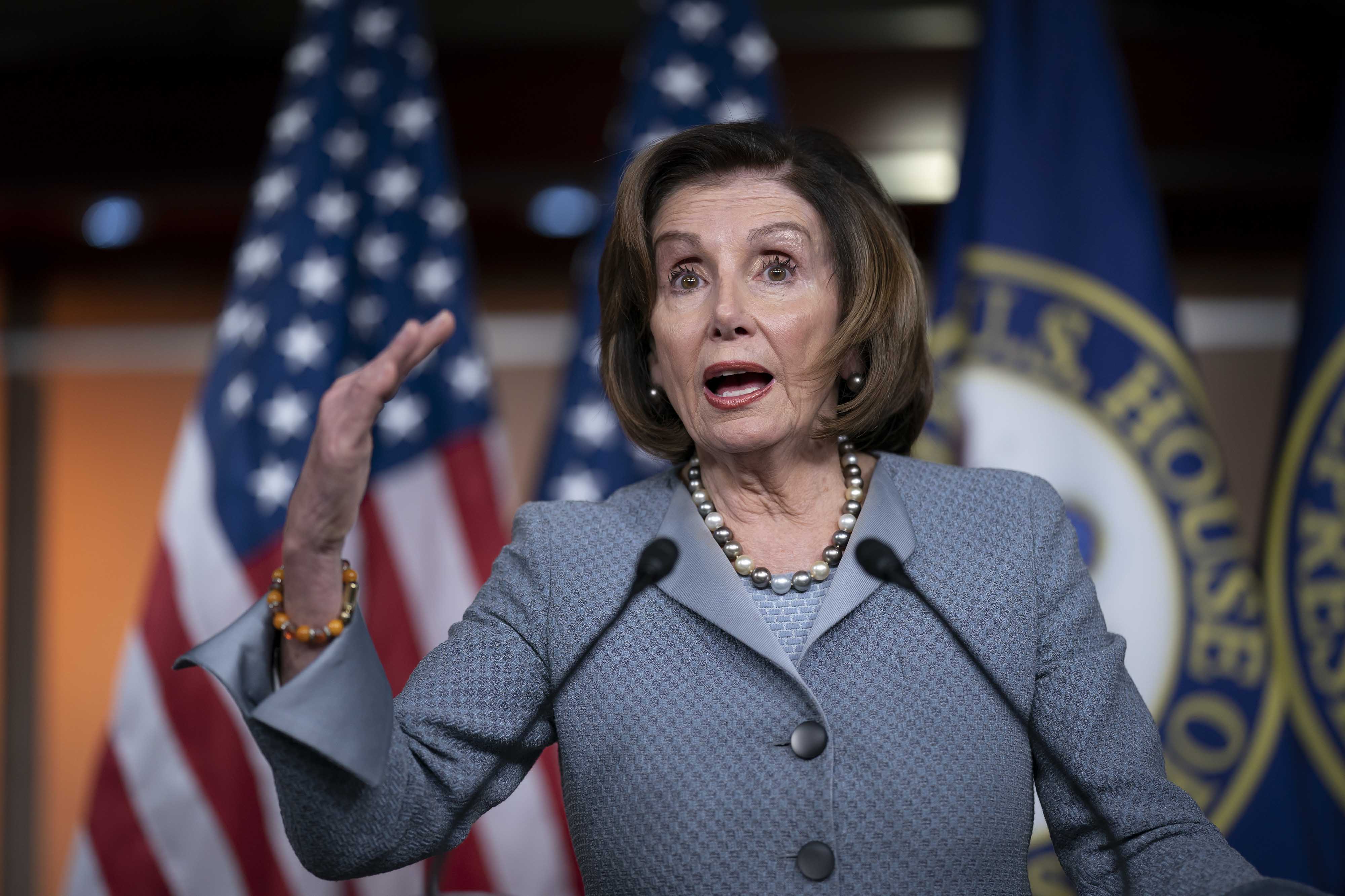 Pelosi wouldn’t directly answer the question when asked if she would advise her members to back the lead candidate at the convention, even if that person only has a plurality of delegates.

“The rules are very clear, the person who will be nominated for president will be the person who will have the majority of the votes,” Pelosi said. “We’re responsible to win the House of Representatives and that is what we intend to do … And hopefully that victory will also help to win the Senate and to help win the White House.”

Pelosi’s comments come hours before House Democrats head to the Democratic National Committee later Thursday for a briefing on superdelegates.

Pelosi downplayed the meeting Thursday as a “housekeeping” session on the delegate selection process. But congressional Democrats and other elected officials categorized as superdelegates could have enormous sway over picking the Democratic presidential nominee if the contest goes to a second ballot.

After the turmoil over Sanders’ candidacy in 2016, the DNC instituted a sweeping rules change, including a controversial move to limit the influence of superdelegates by stripping them of their voting power until a second ballot.

Sanders, who cemented his frontrunner status with a dominating victory in the Nevada caucuses last week, has argued that whoever is the leader in delegates at the convention should become the nominee. He currently has the lead in delegates as the Democratic candidates head into this weekend’s South Carolina primary and Super Tuesday next week.

Many other congressional Democrats have yet to rally behind that idea, leaving open the possibility of a brokered convention and nasty nomination fight in Milwaukee.

But many of Pelosi’s most vulnerable members are worried about a down-ballot disaster if Sanders, a self-described socialist who is pushing controversial proposals such as Medicare for All, is the party standard-bearer.

Without mentioning Sanders by name, Pelosi made clear that her members would not be running on whatever Democratic presidential platform wins out if it could cost them the House.

“We have to win in certain particular areas – we’re not about a popular vote in the country…we are district by district.”

But Pelosi has also repeatedly said Democrats are “unified” and whoever the eventual nominee is will be “embraced” by her and the rest of her party. On Thursday she downplayed that idea that Sanders’ candidacy could jeopardize Democrats’ efforts to hold onto the House.

“Our responsibility is to win the House. We know how to win – we demonstrated that in the most gerrymandered, voter suppressed political arena you can name,” she said. “The presidential is its own race. And contrary to what you may be hearing or writing, we are all unified.”