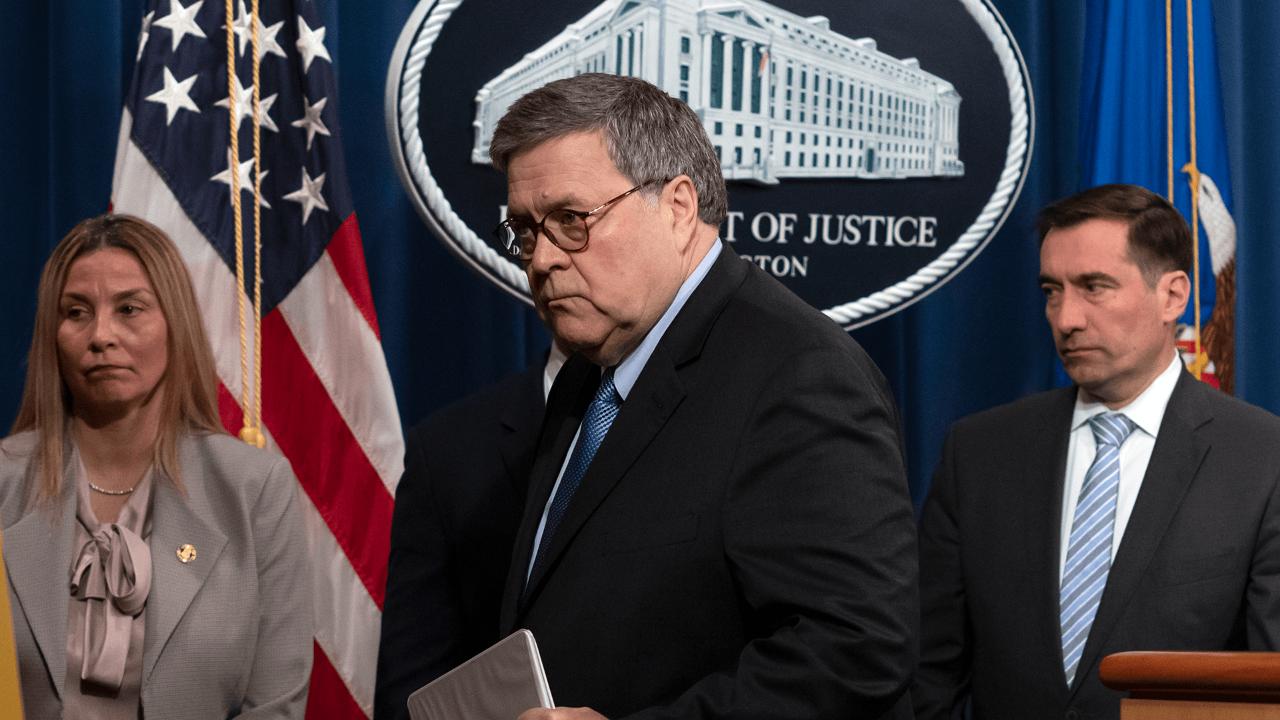 The Saudi national responsible for the attack was receiving flight training at Naval Air Station Pensacola. He killed three and wounded at least eight others on Dec. 6 before being killed by police. At the time, the White House said the shooting “appears to be a terrorist attack.”

Following the deadly shooting, Defense Secretary Mark Esper ordered a review of the vetting procedures for foreign nationals on U.S. military installations and the Navy grounded more than 300 Saudi students receiving flight training in the U.S.

The Kingdom of Saudi Arabia “gave complete and total support to the counterterrorism investigation,” Barr said. Investigators interviewed more than 500 people and found no evidence that the Saudi military or any other foreign nationals knew Alshamrani’s plan before the attack.

“There are thousands of allied pilots and other military personnel who receive training on military bases throughout the United States,” Barr said. “These military partnerships are critically important to our country. The Royal Saudi Air Force, which flies American-made aircraft, is an important military partner.”

A spokesperson for the Embassy of the Kingdom of Saudi Arabia in the United States emphasized that Alshamrani carried out the attack alone, adding that 28,000 Saudi troops have received military training in the U.S. without incident.

“He does not represent the hundreds of thousands of Saudis who have lived, studied and trained in the United States over the past several decades, nor does his heinous act represent the values of Saudi Arabia,” the spokesperson said.

Investigators also found that 21 members of the Saudi military training in the United States had “derogatory material,” Barr said. Seventeen of those had some sort of jihadi or anti-American content on their social media, but it was not sufficient to trigger federal charges and did not show any affiliation or involvement with a terrorist group, Barr said.

The Pentagon confirmed in a statement that the Defense Department worked with the Saudi Embassy in the U.S. to send those students whose actions raised “serious concerns” back to Saudi Arabia.