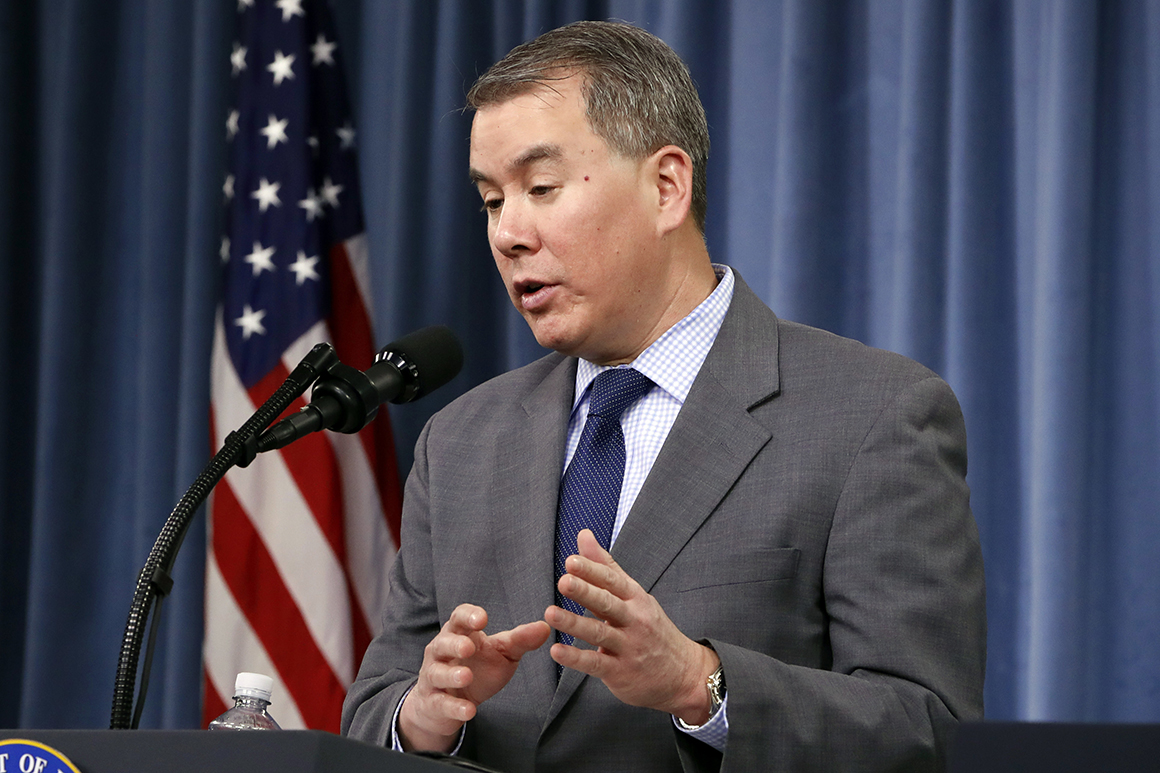 Rood’s office declined to comment. Before he leaves at the end of the week, Rood will testify Thursday afternoon before a House Armed Services subcommittee on nuclear issues.

Early last year, a group of NSC senior directors brought up complaints about Rood’s leadership style with Bolton, according to current and former officials. The sources expressed concern that Rood’s treatment of his staff, particularly widespread incidents of yelling at subordinates, was prompting senior leaders to leave the department.

Since Mattis left in December 2018, several high-ranking civilians have resigned. Of 58 Senate-confirmed positions at DoD, 18 are vacant, and that will rise to 19 once Rood departs at the end of this week.

“He’s the least liked guy in national security circles,” said one administration official. “It’s the most widespread negative view of any one official” that the source had encountered during their long tenure in the Trump administration.

Rood’s ouster has prompted fears within the Pentagon that Trump’s purge could extend to other officials seen as not sufficiently loyal to the president, said the first former administration official. People who are awaiting nomination or confirmation — including Elaine McCusker, whose nomination to be Pentagon comptroller may be in jeopardy due to her opposition to the Ukraine aid freeze — are seen as particularly vulnerable.

Rood’s ouster had been in the works for a while, the sources said. It took the arrival of a new director for the White House Presidential Personnel Office, John McEntee, who Trump hired to oversee his post-impeachment loyalty purge, to push the final decision through. McEntee is “energetic and gets things done,” said the first administration official.

Another former defense official defended Rood as “a good Republican,” but noted that in the aftermath of the impeachment inquiry, the White House is eliminating all dissension and the Pentagon’s policy chief was “easily a target.”

“Rood has served in the public and private sector admirably. He is loyal to the mission, but I think President Trump has been convinced that Rood is an obstacle to his agenda,” the former defense official said.