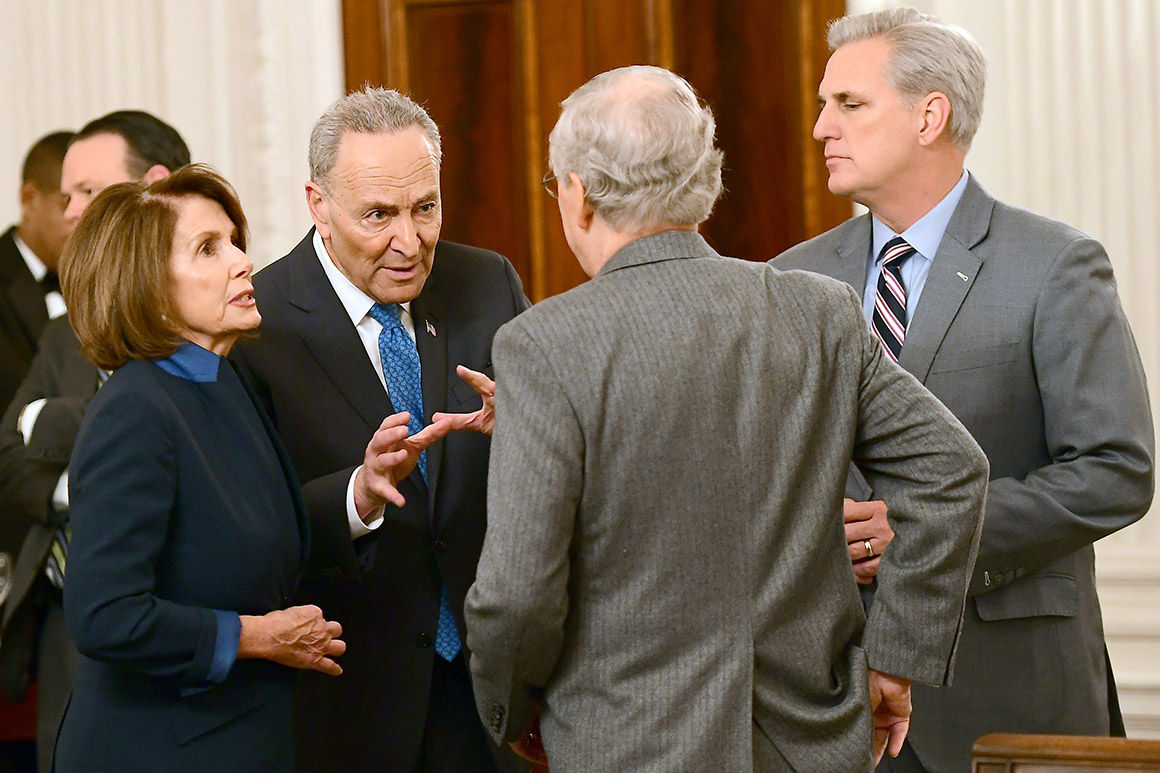 It’s a tried and true tradition in politics for leaders to harangue the other side publicly while quietly working behind the scenes to clinch a bipartisan deal. But the institution is hindered by the interpersonal relationships — or lack thereof — between the four leaders.

For Pelosi and McConnell, there are still hard feelings over how the last round of coronavirus negotiations played out. Pelosi and McCarthy have a limited working relationship, while Schumer and McConnell are standoffish at the best of times.

That dynamic makes governing in ordinary times a challenge. But now, some lawmakers note, the consequences are literally life and death. While party leaders bicker, critical funds for small businesses, hospitals and state and local governments are running out.

“Mitch McConnell doesn’t talk to anybody on our side of the aisle,” fumed Sen. Jon Tester (D-Mont.). “This is a serious, serious problem. We’re in the middle of a pandemic … come on, man.”

“Why won’t [Pelosi] allow more money?” McCarthy asked reporters Thursday. “I cannot understand a scenario where you want to play politics with that. There’s no explanation. All they have to do is say ‘yes’ today.”

One of the biggest issues in the latest conflict is that Democrats contend McConnell moved forward on a bill to deliver more money for the Paycheck Protection Program established in the coronavirus rescue law without talking to Schumer first.

They say it’s just the latest example of McConnell’s unilateral approach during the pandemic.

“He did that not even trying to work with Leader Schumer whatsoever,” said Sen. Joe Manchin (D-W.Va.), who serves on Schumer’s leadership team but often breaks with his party. “My God. Chuck will talk to the wall. Chuck’s not hard to talk to. You might not agree with him, but he’ll talk to anybody.”

On the morning of April 7, McConnell sent out a news release announcing his plans to try to approve more money for the small business fund. McConnell’s office said the leader placed two phone calls and followed up with two emails to Schumer’s staff that day and that those entreaties were not returned. Democrats say those efforts came too late anyway and that McConnell had already made his decision publicly.

Sen. John Kennedy (R-La.) said if Schumer is offended “because he didn’t get a phone call soon enough from the majority leader, then I think the minority leader ought to fill out a hurt feelings report and let’s move on.

“I apologize on behalf of God and country. I apologize to him. Consider me sorry,” Kennedy said.