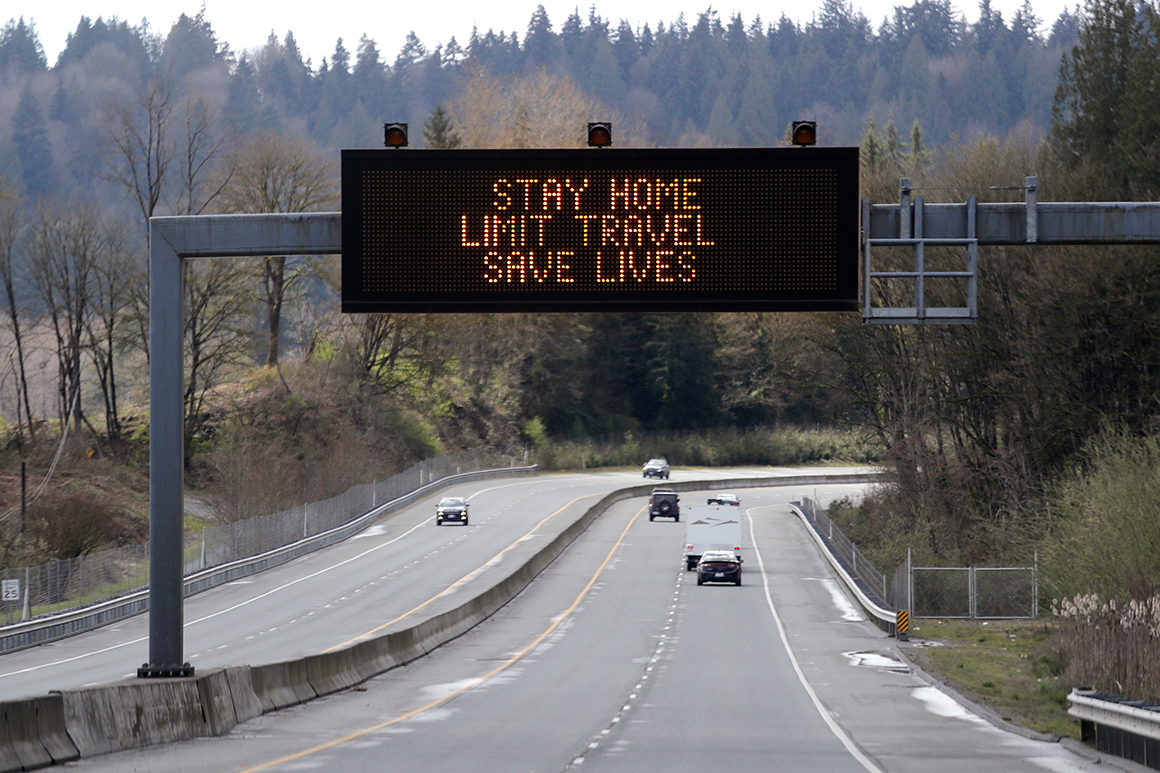 The poll also indicated increased concern that the coronavirus would have a direct personal impact: 33 percent said they were “very worried” that the coronavirus would strike someone within their own family, while an additional 40 percent said they were “somewhat worried.” Those numbers are up from 15 percent and 38 percent, respectively, in a poll released March 20.

A mere 3 percent said the pandemic had not any impact on their lives, compared with 77 percent who said it had affected them either in “a very major way” or “a fairly major way.”

President Donald Trump’s approval rating was 46 percent, with 51 percent saying they disapprove of the job he’s doing. Those numbers are unchanged from last month’s poll and consistent with his numbers in the NBC/WSJ polls this year.

The president’s numbers lagged in another key area: Those polled said they favor presumptive Democratic nominee Joe Biden over Trump by a margin of 49-42. And 45 percent of those polled said they believed that Trump has not handled the pandemic crisis well — and is still not doing so.

Those polled also expressed limited trust in what the president has had to say about the ongoing health crisis, particularly in relation to other authorities.