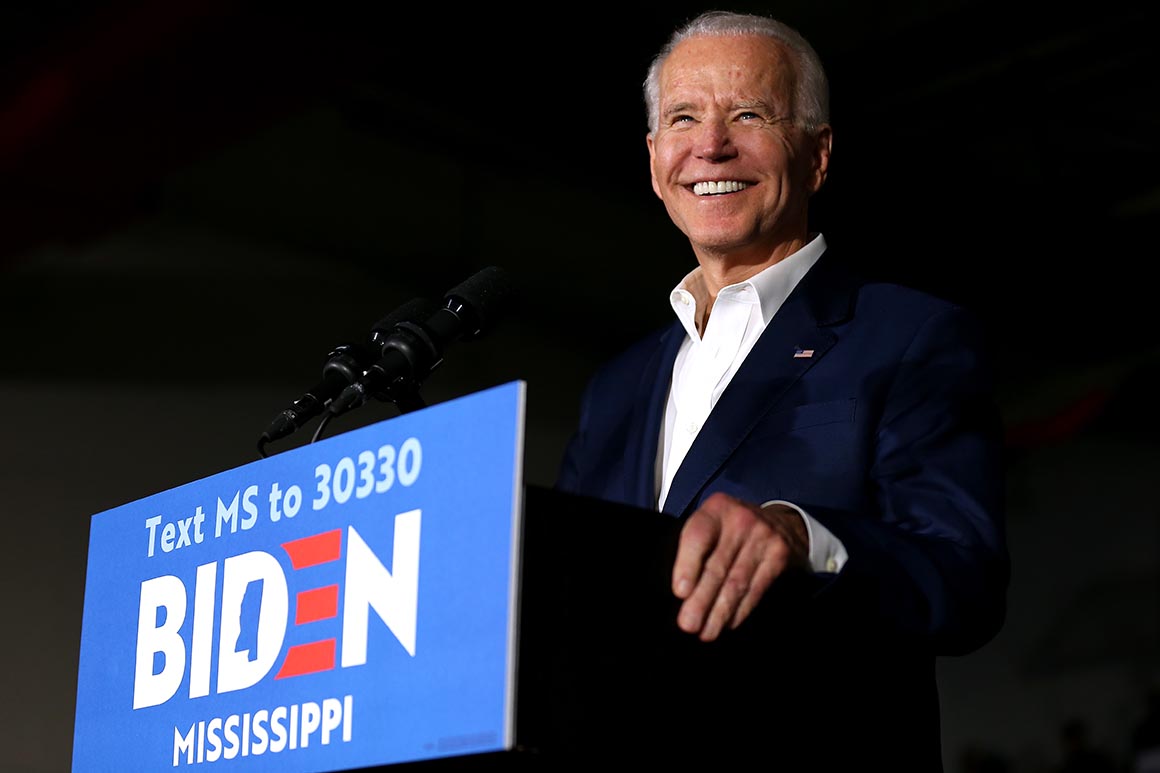 Fewer Democrats say it’s significant that they be more liberal than Biden (41 percent), a person of color (36 percent) or religious (31 percent).

Biden, himself a two-term vice president, has spoken about how important and personal the choice of a running mate is to him, offering increasingly detailed remarks about the process and his priorities. In recent weeks, Biden has pointed to his advancing age and the importance of building a bench of qualified, experienced and younger people in the Democratic Party who could serve in the future.

Biden said during one Democratic primary debate that he would select a female vice presidential candidate, but he has also publicly outlined criteria including alignment with him on key principles and the ability to shore up his weaknesses as a nominee and potential president.

With Sanders suspending his campaign and formally endorsing Biden, the vetting and interview process has begun. That has included a rare public component in which a handful of possible finalists, from Sen. Kamala Harris to Michigan Gov. Gretchen Whitmer, have appeared (virtually) with Biden and drawn praise during fundraising events or podcast interviews.

The survey found that Biden has a choice between picking from a few better-known women who are viewed slightly more unfavorably than favorably by voters—Harris and Sens. Elizabeth Warren and Amy Klobuchar, who all ran for president against Biden — or selecting from a group of others who are essentially blank slates to voters, including Whitmer and Sens. Tammy Baldwin of Wisconsin and Catherine Cortez Masto of Nevada.

Stacey Abrams, a former minority leader in the Georgia state House who ran for governor in 2018, landed in the middle of the pack overall in terms of how well she’s known nationally and her net favorability among all voters.

“While former 2020 candidates have an advantage in name ID, voters place a premium on executive and legislative experience for the Democratic vice-presidential pick,” said Tyler Sinclair, Morning Consult vice president. “This experience is top of mind for voters amid this pandemic, as seen in the high approval ratings for their governors.”

While Whitmer remains a national unknown, she’s surged in popularity with Michigan voters for her handling of the coronavirus crises, pulling up her job-approval ratings by more than 20 points in an average of recent state polls.

But Klobuchar enjoys higher net marks in the most categories overall, including several key ones. The Minnesota senator bested her two colleagues among all voters and in every region of the country — the Midwest, Northeast, South and the West. And Klobuchar had a stronger image among white voters, independents, Republicans, moderates and conservatives and those with a favorable view of Trump.

The survey of 1,990 registered voters was conducted April 10-12 and has a margin of error of plus or minus 2 percentage points. The subsamples have higher margins of error.

Morning Consult is a nonpartisan media and technology company that provides data-driven research and insights on politics, policy and business strategy.