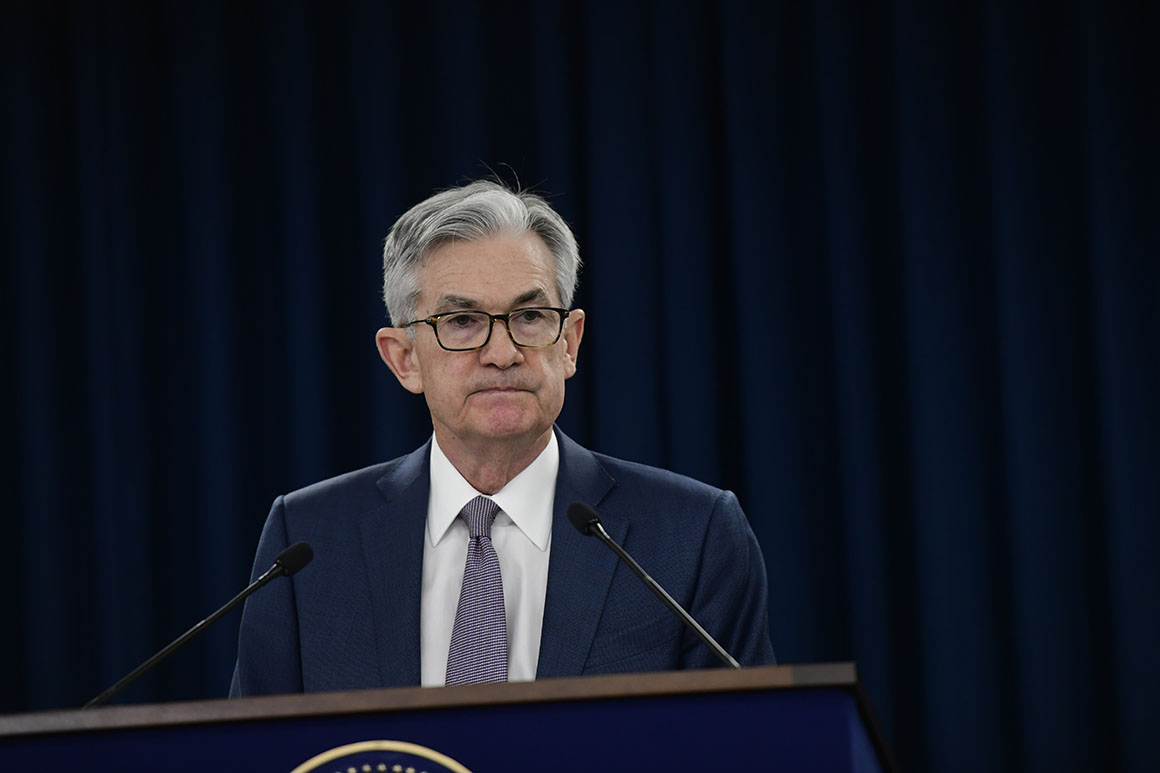 The Fed chief’s dogged refusal to get drawn into the political fray by ignoring Trump’s taunts, as well as his good relationships with lawmakers from both parties, has put him in a unique position to shepherd the economic rescue in a nonpartisan way.

But the vast power that Washington has handed to Powell will also likely make him a scapegoat once again if his mission falls short. Already, the Fed has started to draw fire from policymakers and watchdogs on the left — many of whom defended him against Trump’s relentless broadsides — like House Financial Services Chairwoman Maxine Waters (D-Calif.), Sen. Elizabeth Warren (D-Mass.) and a member of a congressional oversight commission tracking the funds. That criticism is sure to grow.

“If the unemployment rate doesn’t rapidly return to 4 percent — which I think is a pipe dream — soon, we’ll see pressure return to Powell,” said Mark Spindel, founder of Potomac River Capital and co-author of “The Myth of Independence: How Congress Governs the Federal Reserve.” “He knows that he will suffer.”

Congress set aside more than $450 billion to boost what could amount to trillions of dollars in emergency lending programs designed by the Fed to keep businesses and municipalities afloat. Although lawmakers have generally praised the central bank for quick and decisive action, those programs are beginning to generate political blowback.

Warren this week blasted Powell and Treasury Secretary Steven Mnuchin, who must sign off on the central bank’s emergency programs, for not putting enough restrictions on companies seeking to borrow from the Fed.

The Massachusetts Democrat said the central bank’s “Main Street” lending program, which will boost bank loans to mid-sized businesses, has only limited restrictions that “appear to be full of loopholes and unanswered questions.”

The CARES Act — the $2 trillion economic rescue package passed by Congress last month — calls for businesses that take advantage of the Fed program to face curbs on stock buybacks, dividend payments and executive compensation. They also have to make “reasonable efforts” to retain employees.

However, they won’t face a lengthier set of limits suggested by the law, including provisions that would prevent companies from offshoring jobs or hindering unionization efforts while receiving government help.

Waters, a California Democrat, urged the Fed to require large corporations that borrow from the central bank to “protect existing collective bargaining agreements and … to guarantee workers full paid leave, worker representation on corporate boards, and a $15 minimum wage.”

These criticisms highlight the dangers Powell faces as the Fed ventures further outside of its usual, narrower domain of making sure that households and businesses are able to borrow money and that financial markets are functioning properly.

“Congress has abdicated its control and responsibility for what really are programs that go beyond just maintaining the liquidity of the economy but actually involve substantial amounts of lending to firms that are likely to be insolvent,” said George Selgin, an economist at the libertarian Cato Institute.

“That exposes the Fed to the charge of playing politics,” he said. “And it’s guilty.”

The Fed has also faced intense pressure to be transparent about which companies borrow under its emergency programs, a complicated question for the central bank as it aims to adhere to those demands while still preventing companies from avoiding the loans because of any stigma attached to them.

The New York Fed announced Friday that it would release information once its corporate debt-buying program begins operating “regarding participants, transaction amounts, costs, revenues and other fees.” Yet it’s unclear how detailed or frequent that data will be, since the program is still being designed.

Another area of the Fed’s emergency efforts generating early pushback: its not-yet-opened program to buy short-term debt directly from financially squeezed states and large cities — the first time the central bank has ever done that.

Bharat Ramamurti, who was tapped to join the congressional oversight commission created by the coronavirus relief package, raised tough questions about whether the Fed’s proposed threshold for eligibility — cities must have at least a million people and counties at least 2 million — might shut out municipalities with large concentrations of African American residents.

States can ask for funds on behalf of smaller localities, but that’s up to their discretion.