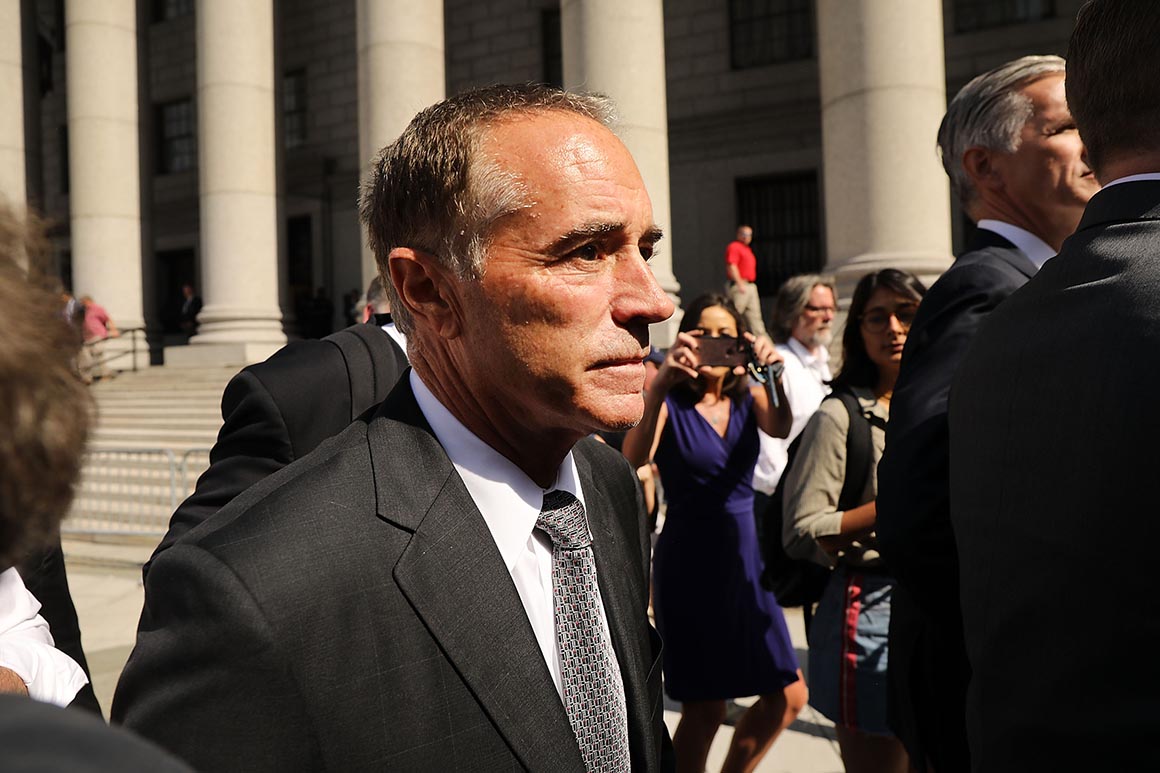 Collins, one of President Donald Trump’s earliest backers on Capitol Hill, is due to be sentenced on Jan. 17.

“It is critically important that the sentence imposed on Congressman Collins drive home the message that status does not constitute a basis for leniency,” the prosecutors wrote in a letter to a U.S. district judge for the Southern District of New York. “Collins’s decision to break the law while making the law – a decision that he made twice, ten months apart — was brazen.”

“A sentence at the top end of the Guidelines range is necessary to assure the public that those in power do not stand above the law,” they added.

Collins, who served on the board of directors for Innate Immunotherapeutics, was accused of giving nonpublic information about drug trial results to his son to help him make timely trades and tip off others. Collins did not sell his Innate shares and lost roughly $17 million after the results were announced, but his son reportedly avoided more than $570,000 in losses because of the alleged tip from the congressman. Collins’ son is a co-defendant in the case.

Collins’ legal team is asking for no jail time because of his “exemplary character” and his “long history of community and public service,” including his work with the Boy Scouts.

“We respectfully request that the Court impose a sentence of probation, with conditions requiring a significant term of home confinement, extensive community service, and the imposition of a substantial fine,” his lawyers wrote.

A dozen of Collins’ current and former colleagues also urged a judge to deliver a lenient sentence that factors in his public service and work on behalf of his Buffalo-area constituents. While several former colleagues said they didn’t excuse Collins for the crimes he admitted to or were unfamiliar with the details of his case, they encouraged leniency anyway because of strong personal relationships.

“Chris was my friend at times when he didn’t have to be my friend, and I’m sure he took some political heat for supporting me as Speaker at a time when supporting me wasn’t popular,” former Speaker John Boehner (R-Ohio) wrote in a letter. “He is a person of loyalty, and courage.”

Kyle Cheney contributed to this report.