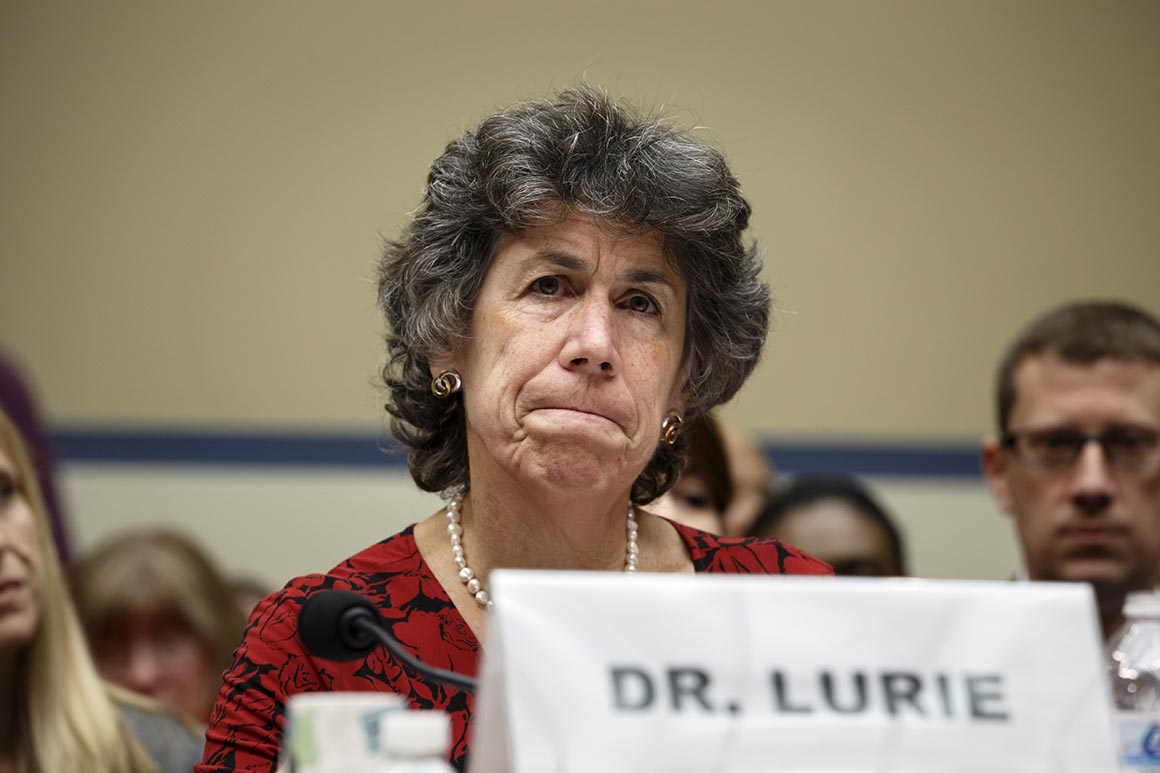 “If we saw disparities in vaccine uptake, or in hospitalizations, it gave us an early warning and allowed us to get ahead of them,” said Nicole Lurie, who led the health department’s emergency preparedness efforts during the Obama administration. “It was a very helpful early warning system, and could continue to be one.”

Lurie added that officials are currently operating with a piecemeal picture of Covid-19, relying on data published by some cities and states that suggests minority populations are at significant risk. For instance, African Americans make up 65 percent of coronavirus deaths in Chicago, according to real-time data posted by the city, despite representing about 30 percent of the population.

“You shouldn’t have to leave it to Chicago and Milwaukee to do this work,” Lurie said, urging the health department to publicize national data. “And we could get a real picture for seniors and the disabled, too.”

Massachusetts Sen. Elizabeth Warren, pointing to the Obama-era analysis, warned the Trump team against foot-dragging on one of the most important factors concerning the spread of Covid-19 — its potential to devastate low-income and predominantly minority communities.

“While some states and cities have reported demographic data, we need national data to understand and confront a national crisis,” Warren told POLITICO. “To effectively slow the spread of the virus and ensure equitable testing and treatment, we need HHS to use all of the tools in its toolbox — including CMS’ capabilities to track data on all Medicare beneficiaries who receive COVID-19 testing and treatment.”

The Centers for Medicare and Medicaid Services did not respond to requests for comment on whether disparities data would be published soon or why the department has not utilized the Obama-era program. Health department officials have cautioned that simply providing more data would not necessarily improve the response, given the sweeping nature of current strategies to encourage social distancing and ramp up testing. The health department also is reviewing its extensive data sets to determine if some populations are more likely to contract Covid-19, suffer complications or even die, two officials said, but there are no immediate plans to release the findings.

Lawmakers have warned that the Covid-19 outbreak is already significantly affecting minority populations, who are more likely to lack health insurance or serve as hourly employees who are either unable to leave work to social distance or fear they can’t afford to leave work. That raises the possibility that Covid-19 could find harbor in minority neighborhoods even after the country is reopened, perhaps spurring the likelihood of a second wave of infections.

Public health experts are increasingly frustrated, saying they are largely flying blind without public data on the racial and ethnic disparities. The Association of American Medical Colleges, which represents hundreds of hospitals, health systems and medical schools, on Friday called for a national system that would capture data on coronavirus patients based on race, ethnicity and other factors.

“Better data on the current pandemic will give us an opportunity to take decisive action to protect vulnerable communities and prevent further catastrophic outcomes,” said David Acosta, the AAMC’s chief diversity and inclusion officer, adding that the local data had shown “disturbing” disparities.