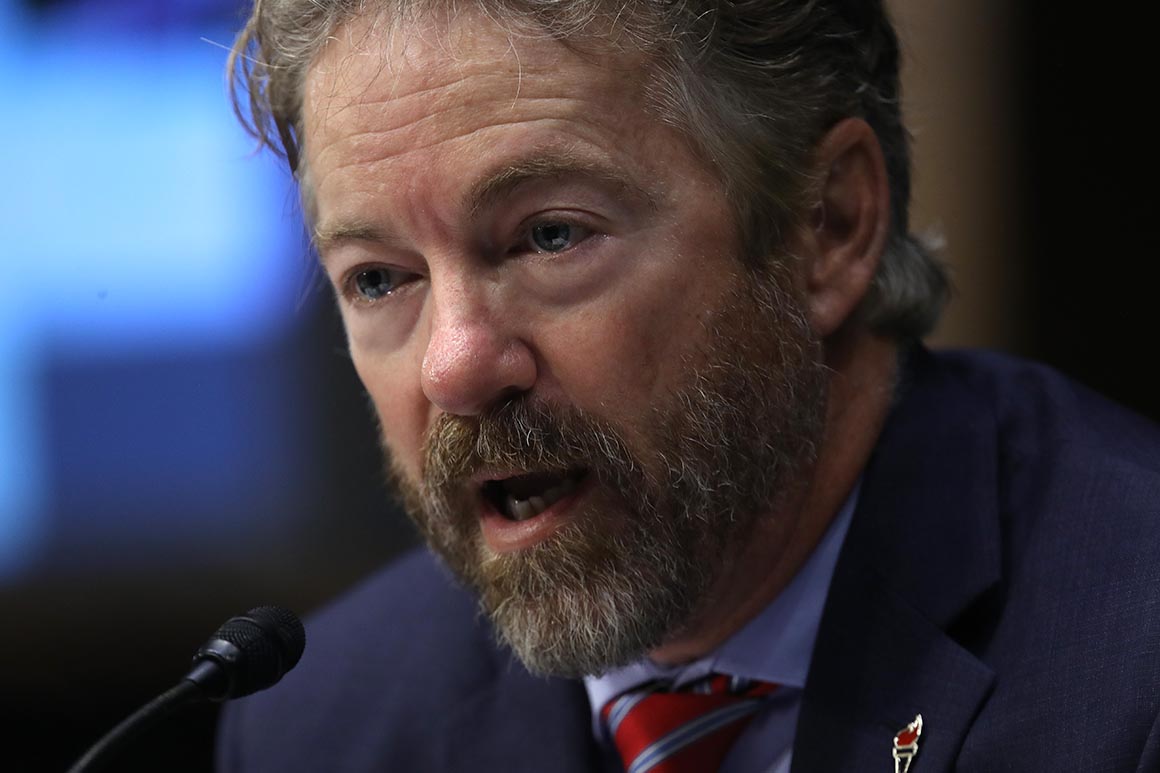 The unusual confrontation played out as George Floyd’s funeral service was conducted in Minneapolis after police killed him. The ongoing failure of Congress to pass anti-lynching legislation comes as members in both parties discuss reforming police tactics — and it highlights how difficult it is for Congress to tackle issues of race.

And though the Senate could hold a roll call vote on the House’s anti-lynching bill and end the impasse, GOP leaders currently have no plans to devote floor time to the bill.

That makes Paul the face of stopping the historic legislation written by Harris (D-Calif.), Booker (D-N.J.) and Sen. Tim Scott (R-S.C.), the only African American senators. And he knows it.

“You think I’m getting any good publicity out of this? No. I will be excoriated by simple-minded people on the Internet who think somehow I don’t like Emmett Till or appreciate the history of Emmett Till,” Paul said. “I’ll be lectured by everybody.”

Paul presented a scenario in which, under the bill being considered, someone could be shoved to the floor in a bar and suffer minor injuries and be accused of lynching. He said that could lead to unfair incarcerations.

Harris and Booker rejected Paul’s request to modify the bill. For one, they said it gets them no closer to a law since the House would have to take up the legislation again. But they also said Paul was trying to weaken the legislation with implausible scenarios of abusing new anti-lynching charges.

“I object to this amendment. I object, I object,” Booker said. “I object on substance, I object on the law. And for my heart and spirit and every fiber of my being, I object for my ancestors.”