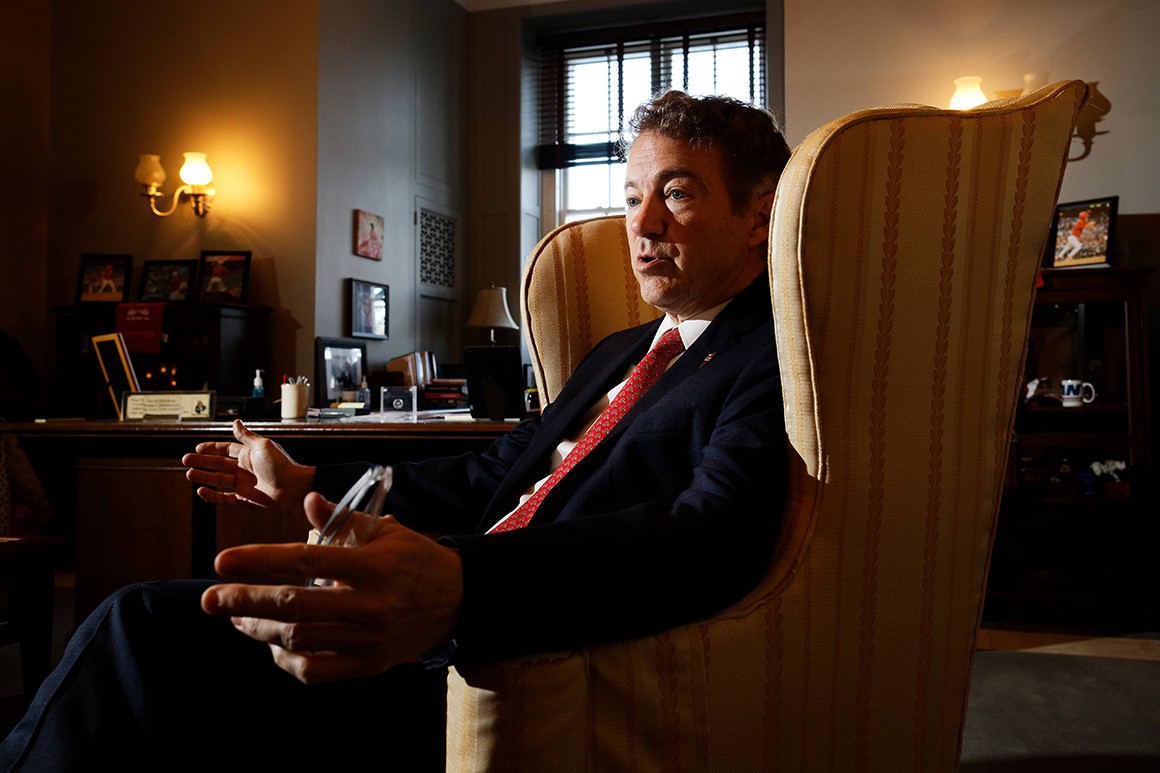 After hearing opening arguments and questioning from House impeachment managers and the White House counsel, the Senate is expected to take a vote on whether to consider the witness issue at all, according to senators familiar with McConnell’s plans. If the Senate agrees to hear witnesses, every senator will have the chance to force a motion seeking testimony.

An initial vote to consider witnesses has been sought by GOP Sens. Susan Collins of Maine, Mitt Romney of Utah and Lisa Murkowski of Alaska. If it fails, the trial is likely to head to closing arguments. The question of witnesses might mimic the motion to dismiss impeachment that was considered and rebuffed during former President Bill Clinton’s Senate trial.

Both Collins and Murkowski said on Wednesday they aren’t advocating for specific witnesses but simply want to retain the right to hear more evidence during the trial. Collins even said she agrees with Paul’s view on witness parity.

“If he’s saying that both sides should have an opportunity, I agree with that, to call witnesses. We’ll make the call on which ones. But it isn’t fair to just let one side call witnesses,” she said.

But asked about Paul’s contention that she and other Republicans risk a collapse in support from the GOP base if they side with Democrats on procedural votes, she demurred: “You know, it’s not my focus. My focus is to be fair. And to have a dignified trial.”

Paul is perhaps the most aggressive user of Senate procedure to get his way, forcing votes on budget-cutting amendments on spending bills; briefly shuttering the Patriot Act; and even forcing his a brief government shutdown in 2018. And he often draws significant blowback from his party for his tactics.

But this time around, Paul is acting as his own version of a team player. He’s not going to offer a motion to immediately dismiss the trial despite pressure from Trump’s allies to do so. He’s even talking about party unity — even though he’s usually the most likely Republican to deviate from McConnell’s line.

“Sometimes it’s good to have people unified. … I’m for immediate dismissal, but I know it’s not just four [senators]. There might be 10 that are against immediate dismissal. It’ll just be a vote that fails,” Paul said. “When it’s something that we’re trying to stay together and there is the other team trying to attack our leader, I think it behooves us to have as much unanimity as we can.”

Paul and Sen. Ted Cruz (R-Texas) are arguing that Republicans are in danger of giving Minority Leader Chuck Schumer the witnesses he wants by even considering a debate over new testimony. And that has Paul in the good graces of senior Republicans who have spent years dealing with his parliamentary antics.

“He’s just showing he’s not going to go quietly. If there’s some witnesses allowed, he wants to make sure there’s some reciprocity,” said Sen. John Cornyn (R-Texas), who is close to McConnell. “His point is that it shouldn’t be just a one-way street. He’s got a good point.”

It’s easy to see how the witness debate could get out of control for vulnerable senators in both parties. In addition to Paul’s plans, Democrats would also be sure to offer difficult votes for Republicans facing reelection like Collins, Cory Gardner of Colorado and Martha McSally of Arizona. And Democrats have a pair of incumbent senators up for reelection in November in states Trump won in 2016, as well: Doug Jones of Alabama and Gary Peters of Michigan.

“I don’t know if somebody proposes Rudy Giuliani as one of the reciprocal witnesses, how many votes that will get,” Senate Minority Whip Dick Durbin said.

By threatening to create the circus-like atmosphere the GOP is trying to avoid, Paul could in fact shut down the witness debate and help Senate Republicans protect their majority. Just three Republicans are strongly considering voting to hear witnesses, one short of the simple majority needed. Senators like Lamar Alexander (R-Tenn.) are undecided and want to wait until they hear the opening arguments, meaning the whip count is unsettled.

And senior Republicans believe the specter of a chaotic witness debate could stifle the thirst for hearing new evidence.

“I certainly don’t think it’s to anybody’s advantage to have this constant offering of motions and back and forth that goes on indefinitely in terms of who may or may not be called,” Senate Majority Whip John Thune (R-S.D.) said.

But if there are 51 votes for witnesses and the trial is extended, Paul’s tactics will become a huge problem for vulnerable GOP incumbents. His motions will put them between swing voters and Trump’s base, a poor position to be in during an election year.

Paul said he doesn’t want to let it get to that point. But if it does, he’s ready to go. And he thinks Trump will be, too.

If “some Republicans help Democrats get witnesses and there are no witnesses for the president, I think the end result is a revolutionary tide against those people,” Paul said. “I can’t imagine that [Trump] will let it go by if someone votes to bring in witnesses that his administration isn’t interested in.”