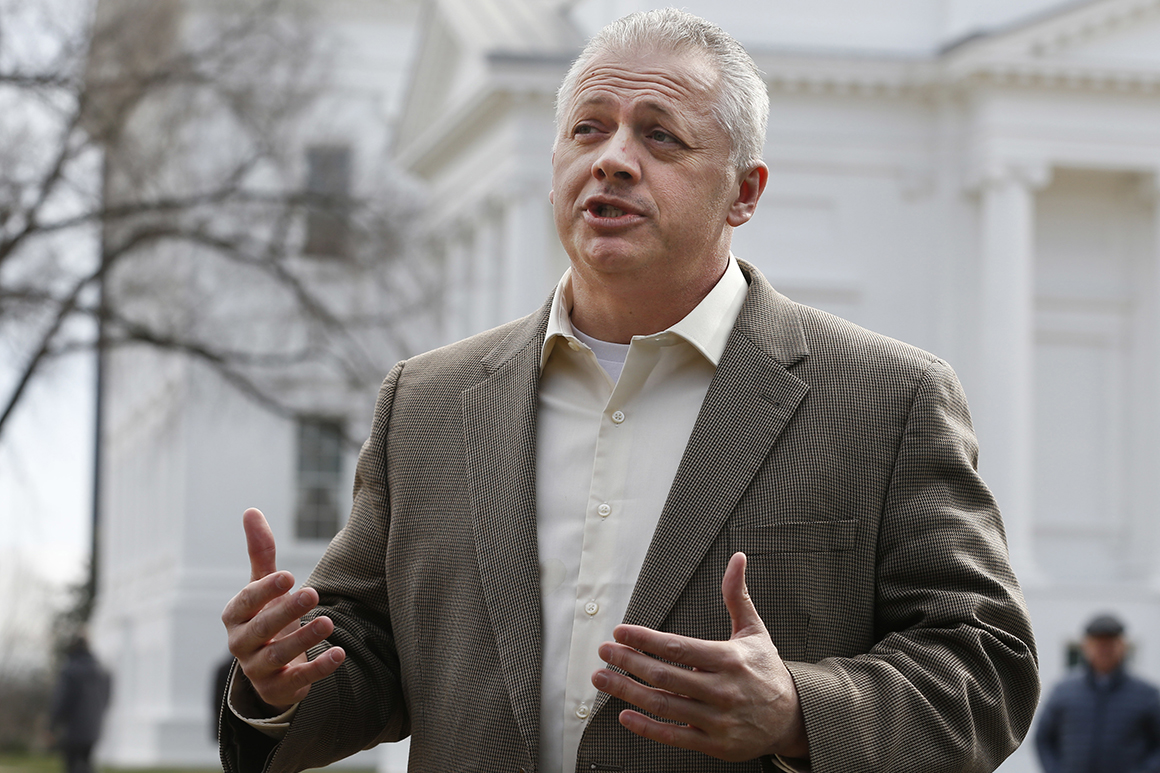 Riggleman decried the convention, which was delayed from earlier this spring because of the coronavirus, as a corrupt process that disenfranchised GOP voters in the district. As a safety precaution, some 3,500 delegates were asked to drive outside the church in Lynchburg to cast votes between 8:30 a.m. and 7 p.m.

After the convention concluded but before results were announced, Riggleman said his campaign had received unspecific reports of “voting irregularities” and “ballot stuffing.”

“We are evaluating all our options at this time,” Riggleman tweeted late Saturday night.

Virginia allows district party committees to decide whether to choose their nominees in primary elections or at conventions, which are open to a much smaller number of voters.

The district, which spans from the Washington, D.C., exurbs down to the North Carolina border, leans Republican. President Donald Trump won it by 11 points in 2016, and Riggleman beat his Democratic opponent by 7 points in the midterms.

House Democrats plan to contest the seat and will hold their own primary on June 23.

Riggleman is the third House incumbent to be denied renomination in 2020, joining Reps. Dan Lipinski (D-Ill.) and Steve King (R-Iowa), who lost primaries earlier this year.