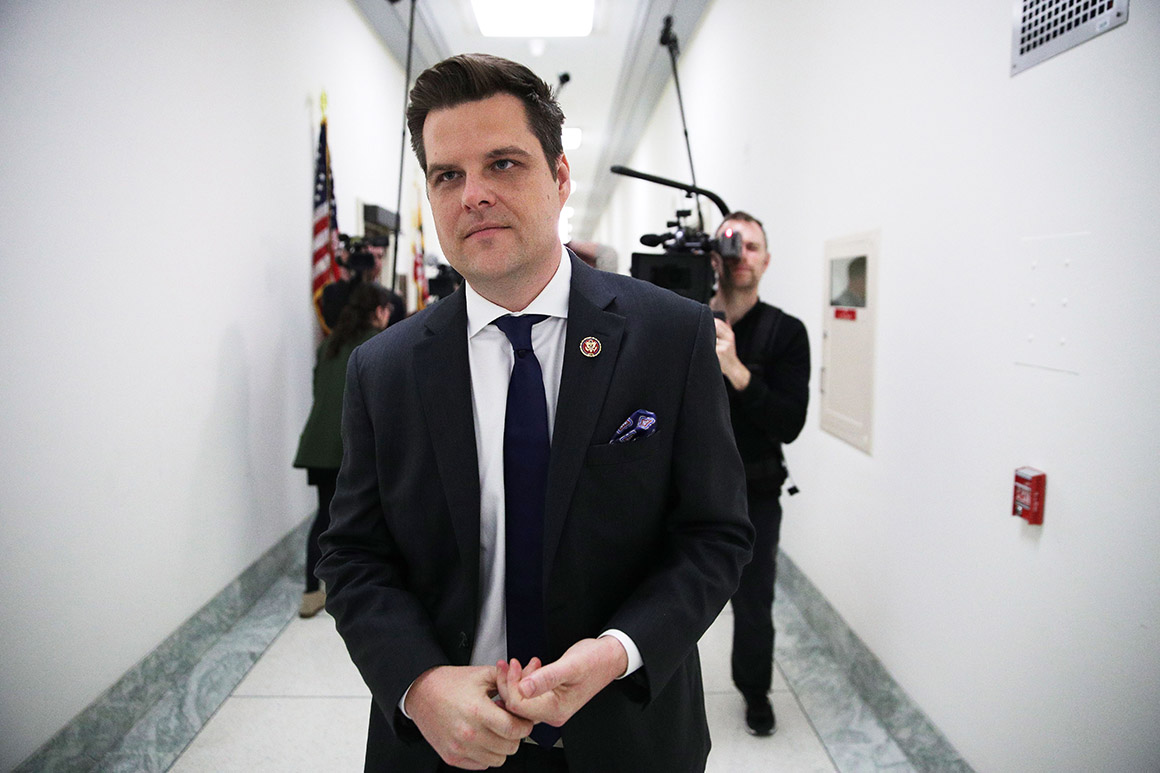 Gaetz, a fierce congressional defender of the White House, went on to condemn what he described as a misguided incentive structure on Capitol Hill that awards “committee assignments and leadership opportunities” to the lawmakers “most indebted to special interests.”

“The more a member of Congress proves his merit laundering money between special interest[s] and our fake leadership, the more he moves up,” Gaetz said, adding that President Donald Trump’s mantra of “America First” represents “standing up to foreign interests abroad and special interests at home.”

The politics of super PAC donations have reverberated prominently in the 2020 Democratic primary, with presidential candidates including Sens. Bernie Sanders (I-Vt.) and Elizabeth Warren (D-Mass.) railing against the corruption engendered by big money contributions.

Although GOP politicians have been more reluctant to denounce super PACs and other sources of campaign cash condemned by many Democrats, Gaetz asserted Thursday that he is “a different kind of Republican” and “the only Republican returning to Congress to make this no-PAC pledge.”

“I’ve never turned tricks for Washington PACs, but as of today, I’m done picking up their money in the nightstand,” Gaetz said, explicitly likening public service under the PAC donation process to prostitution. He later tied his new commitment directly to the president, who is scheduled to speak at the annual CPAC meeting Saturday.

“Remember our independence from special interests is our loyalty to America and the America First movement that President Trump began when he came down that escalator, armed with our well-wishes and prayers,” Gaetz said.

Myah Ward contributed to this report.