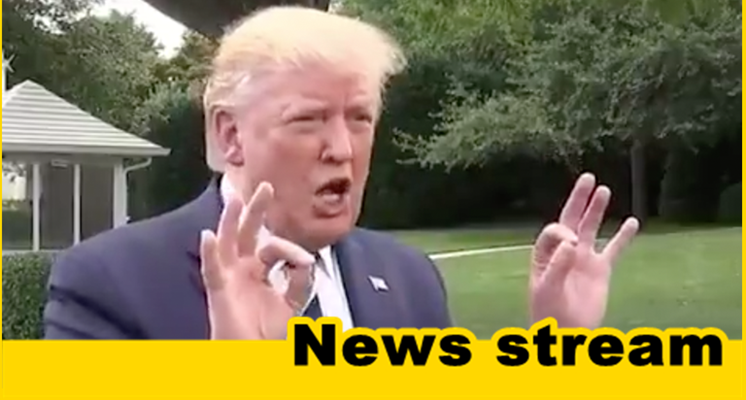 Reports of an anonymous “whisteblower” against President Trump sent shockwaves through the media, with Democrats calling for impeachment.

Hillary Clinton took to Twitter to respond to an Axios video of Rudy Giuliani and CNN’s Chris Cuomo.

According to Axios, Rudy Giuliani denies that he asked Ukraine to investigate Joe Biden, before admitting to Chris Cuomo seconds later: “Of course I did!”

Hillary quoted the video and wrote:

The president asked a foreign power to help him win an election.

The president asked a foreign power to help him win an election.

However a new report purports that the whistleblower may have had no direct knowledge of President Trump’s call with the Ukranian leader and instead only was basing their complaint on “hearsay.”

DailyCaller reports the anonymous White House whistleblower suggesting President Donald Trump had an inappropriate conversation with a foreign power now known to be Ukraine reportedly made that claim based on hearsay.

Fox News’ senior political analyst Brit Hume noted Saturday how CNN admitted that the political firestorm is all based on a whistleblower, thought to be a White House intelligence agent, with second-hand information:

Here’s a “new revelation” in this article: the whistleblower complaint is based on hearsay. From the article: “The whistleblower didn't have direct knowledge of the communications, an official briefed on the matter told CNN.” https://t.co/rPPVRD88Qp

The CNN story cited by Hume suggests, “It is hard to see how any of this ends well” but doesn’t mention the whistleblower’s precarious grip on his inside information until the reader is deep within the report.

“The whistleblower didn’t have direct knowledge of the communications, an official briefed on the matter told CNN. Instead, the whistleblower’s concerns came in part from learning information that was not obtained during the course of their work, and those details have played a role in the administration’s determination that the complaint didn’t fit the reporting requirements under the intelligence whistleblower law, the official said.”

Meanwhile, on Saturday, Ukrainian Foreign Minister Vadym Prystaiko  denied that the conversation between Trump and Ukraine involved any sort of “pressure” from the president.