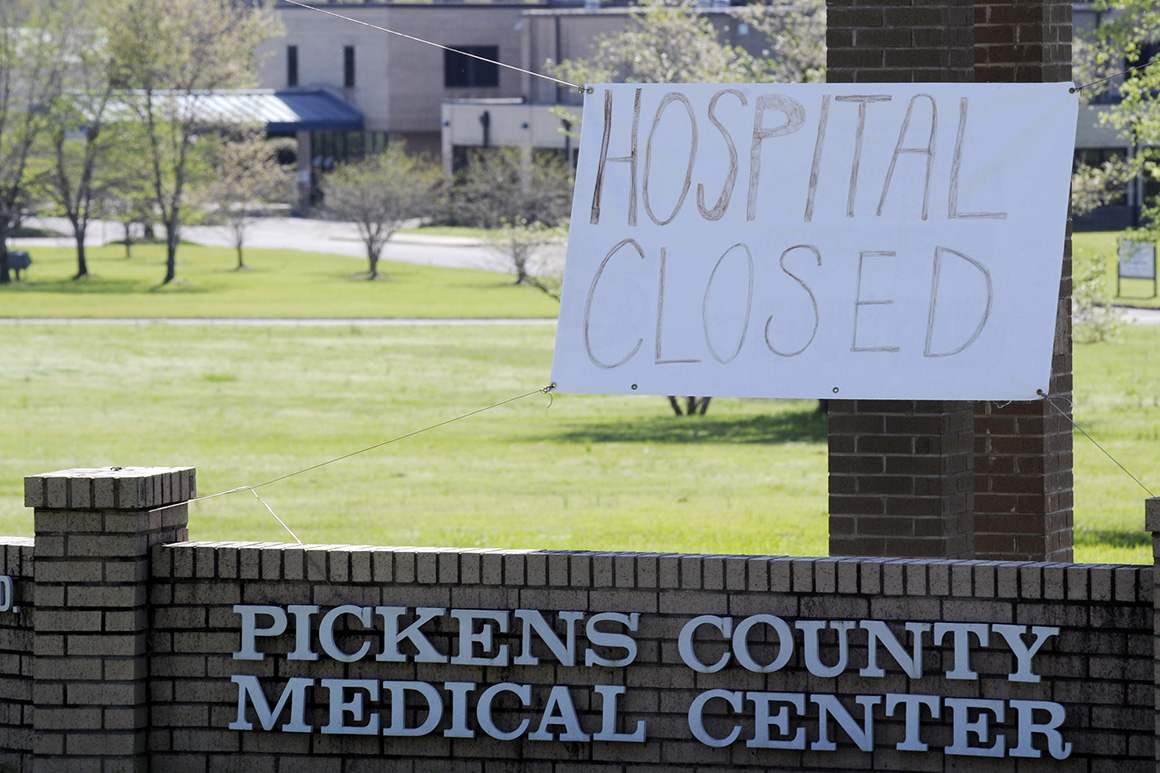 Meanwhile, some smaller doctor practices have applied and gotten approved for the loans, according to anecdotal information from a trade group for family physicians.

An estimated 600 rural hospitals are government-owned, or about one-third of those remaining, according to the National Rural Health Association. Despite that distinction, that doesn’t necessarily mean these facilities are heavily financed by their county or city, and some receive no direct funding from their local governments.

Hospitals across the country have been pleading for more funding since coronavirus cases began to climb. They’re spending money on increasing crucial supplies, like specialized gear for providers, and losing out on major revenue from elective procedures.

The Trump administration last week began doling out an initial $30 billion from the hospital bailout fund based on providers’ Medicare claims — a formula that health officials said may overlook rural hospitals but was intentionally simple to get much-needed money out the door faster. They said future funding rounds would be better targeted toward coronavirus hot spots, rural providers and those serving Medicaid populations. Medicare has also shoveled out over $50 billion in loans to help keep providers afloat, but rural health providers have said they’re wary of the high interest rates attached to those dollars.

Democratic lawmakers are pushing for $100 billion more in grants for health providers in the next coronavirus package that’s been held up amid feuding between congressional leaders.

Lawmakers representing Colorado, where more than 20 hospitals are government-owned, have called on the Small Business Administration to let those facilities tap into the stimulus small business loans. Nearly all those hospitals “operated in the red and their cash flow problems have become increasingly dire” since canceling elective procedures like colonoscopies and non-emergency hip replacements, both of the state’s senators and four House members wrote to the SBA.