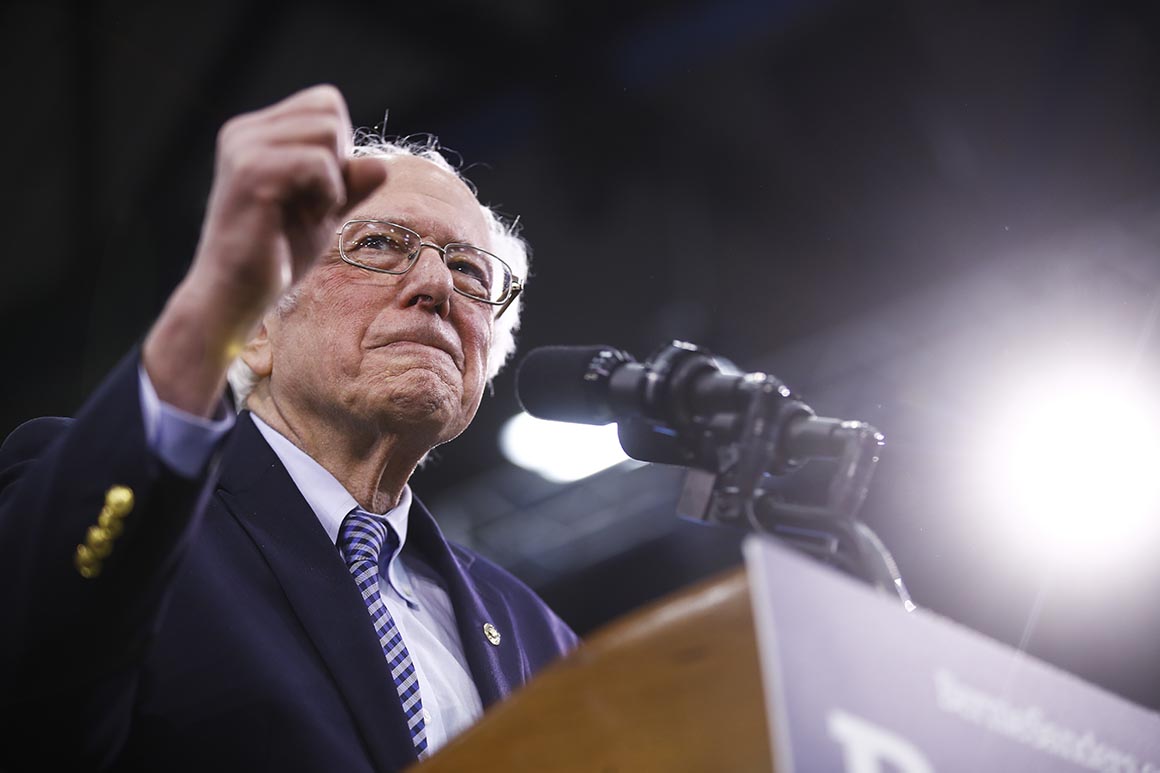 New Hampshire voters have seen her advertising, through the Boston media market, for almost a decade. She had a large and well-funded operation in the state that was frequently described as the best organized of all the Democratic presidential candidates. The New Hampshire electorate is famously friendly to female candidates. The state’s two senators and one of its two House members are female.

According to exit polls, 57 percent of voters on Tuesday were female, up two points from 2016. A majority of voters were college graduates (53 percent), liberal or somewhat liberal (60 percent), and their three big issues were health care, climate change and income inequality. A big majority supported single-payer (61 percent). In short, these were Warren voters.

In that sense, the Warren collapse is even worse than the Biden collapse. Joe Biden was always fighting a two-front war against regional favorites, while much of Warren’s purported strength as a potential victor rested on her favorite daughter — cousin? — status in New Hampshire.

What overwhelmed both Warren and Biden were the monumental effects of Iowa and the debate on Friday. In this sense, it’s a cruel and arbitrary way for them to have been treated. After a year of vigorous campaigning in the state, half of New Hampshire voters decided their choice in the final few days of the race, and 53 percent of those voters overwhelmingly supported the two candidates who dominated the headlines at the end: Pete Buttigieg and Amy Klobuchar.

Warren and Biden, two of the Democratic Party’s most experienced and compelling officials, were shunted aside at the very end because they had a bad week. Neither candidate is projected to win a single New Hampshire delegate.

But if this was an enormously disappointing night for the two people who once seemed like they would be fighting a one-on-one fight for the nomination through the spring, it was hardly an overwhelming thumping by Bernie Sanders. Even counting for the fact that in 2016 he was in a two-person race, the comparison with his smashing victory over Hillary Clinton (22 points and 60 percent of the vote) and, as of late Tuesday night, his less-than-2-point squeaker over Buttigieg, is notable. Sanders dominated the state in 2016, winning every county. Buttigieg and Klobuchar ripped holes through that map everywhere, turning color-coded maps from 2016 that showed a Sanders rout into a patchwork of colors.

Perhaps more important, Sanders overpromised and underdelivered. He has premised his campaign on nothing less than sparking a political revolution in which disaffected and first-time voters — especially young ones — pour into American politics to carry him to the White House. It didn’t happen in Iowa, and it didn’t happen in New Hampshire.

The percentage of young voters actually declined from 2016 to 2020 in New Hampshire, from 19 percent to 14 percent. Independents were a larger share of the electorate, but they did not break nearly as decisively for Sanders as they did in 2016. He received support from just 29 percent of self-described independents this time, as opposed to 73 percent (!) in 2016. Buttigieg, who is derided by Sanders supporters as “Mayo Pete” and “Wall Street Pete,” ran competitively with that group at 24 percent.

Two states down and no revolution yet.

Buttigieg and Klobuchar’s strong finishes against three opponents who were predicted to dominate New Hampshire (and the remainder of the race) was historic. For Buttigieg, it was a testament to the enduring power of the bounce that accompanies winning Iowa, where Buttigieg edged past Sanders in the delegate fight.

For Klobuchar it was more unusual. There are not obvious historical examples of a candidate placing fifth in Iowa and then surging to a close third in New Hampshire. But in a race in which Democrats have had lots of trouble choosing a candidate, Klobuchar captured the imagination of those indecisive late-deciding voters at just the right moment.

At her election-night party in Concord on Tuesday evening, I talked to a typical member of this curious species: a woman who voted for Sanders in 2016, was contemplating Buttigieg late in the process, and settled on Klobuchar the morning she voted. As of late Tuesday, Klobuchar had raised $5 million since the last debate. She will surely raise a lot more this week. She is staffing up to send organizers into the field in states where she has had no presence. She — and Sanders and Buttigieg — will face a heightened level of scrutiny in the days ahead. But after months of false starts, the long-predicted Klobuchar moment finally arrived.

Where does this leave the race? I stand by Tuesday’s analysis: there is no route to an early knockout for any of the candidates. Sanders remains a factional candidate who has not yet demonstrated he can win more than roughly a quarter of the vote. Buttigieg and Klobuchar will have to prove themselves beyond the first two states to convince the larger universe of Democrats to rally around either one of them.

Biden cannot be dismissed until after the results of South Carolina are known. Warren has a legacy fundraising and organizational operation — and high favorability — that might all be resurrected if voters fail to consolidate around one of her opponents and return to her. There are several debates coming up, and as we saw in New Hampshire, they can have a galvanizing effect on the race.

Don’t count any of them out just yet. There’s a long race ahead.