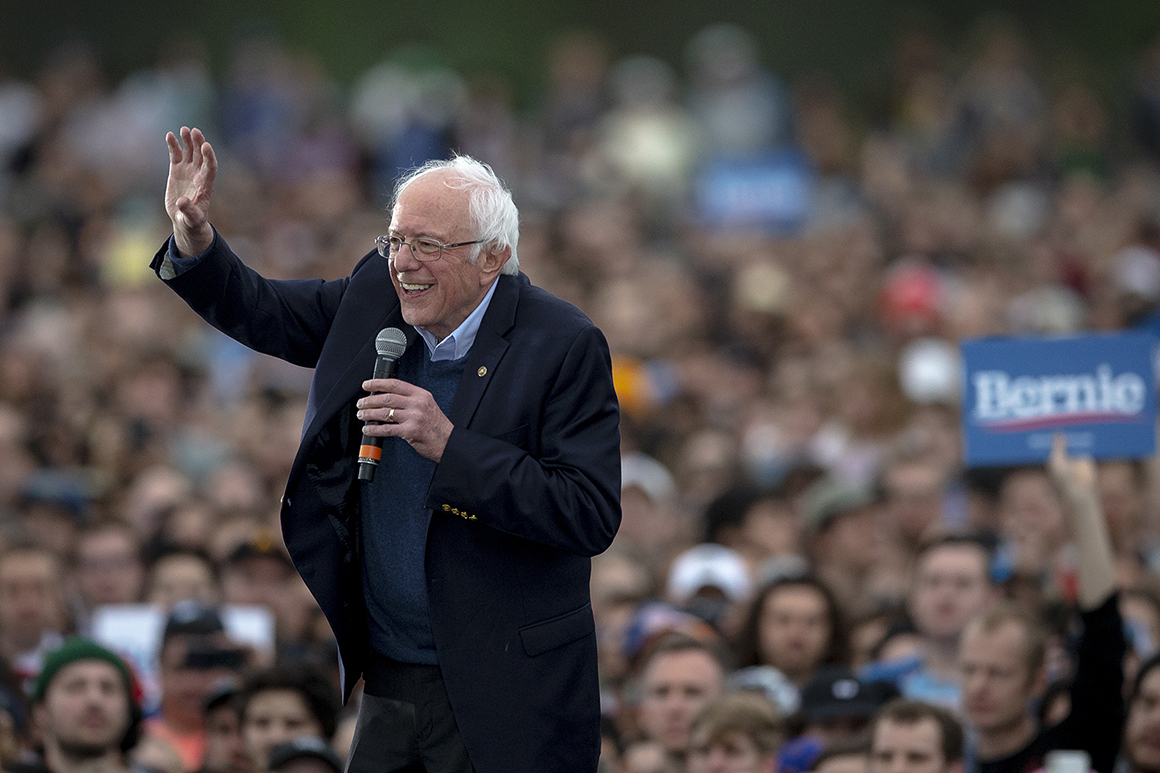 Even the backup plan of consolidating moderate support at a brokered convention could be flawed, Bennett said. “We could hit a tipping point where he’s over 50 [percent],” Bennett said of Sanders.

It was not just Sanders’ victory, but the lopsidedness of the outcome that struck fear into moderate Democrats. In one day, Sanders proved that he could broaden his coalition beyond the narrow base that many assumed would limit his appeal.

In 2016, Sanders struggled with African American voters. But now he’s narrowing the gap between himself and Biden in South Carolina.

Jesus “Chuy” Garcia, an Illinois congressman who stumped for Sanders in Nevada, said the victory signals a new level of credibility for Sanders, particularly to minority voters previously unconvinced he could win.

“Voters will take note of his performance in Iowa, New Hampshire, and then, as you know, a state that begins to represent greater diversity in the country, and that will cause people to take a second look,“ Garcia said of Sanders. “People have seen that in places in 2016 where he came up short, he’s taken the time to go there, and to listen to people to engage with people.”

Sanders reveled in broadened support, telling supporters in Texas that “we have just put together a multi-generational, multi-racial coalition which is going to not only win in Nevada, it’s going to sweep this country.”

Sanders had barely learned he won when the arrows started flying. Pete Buttigieg told supporters that the Vermont senator “believes in an inflexible, ideological revolution that leaves out most Democrats, not to mention most Americans.”