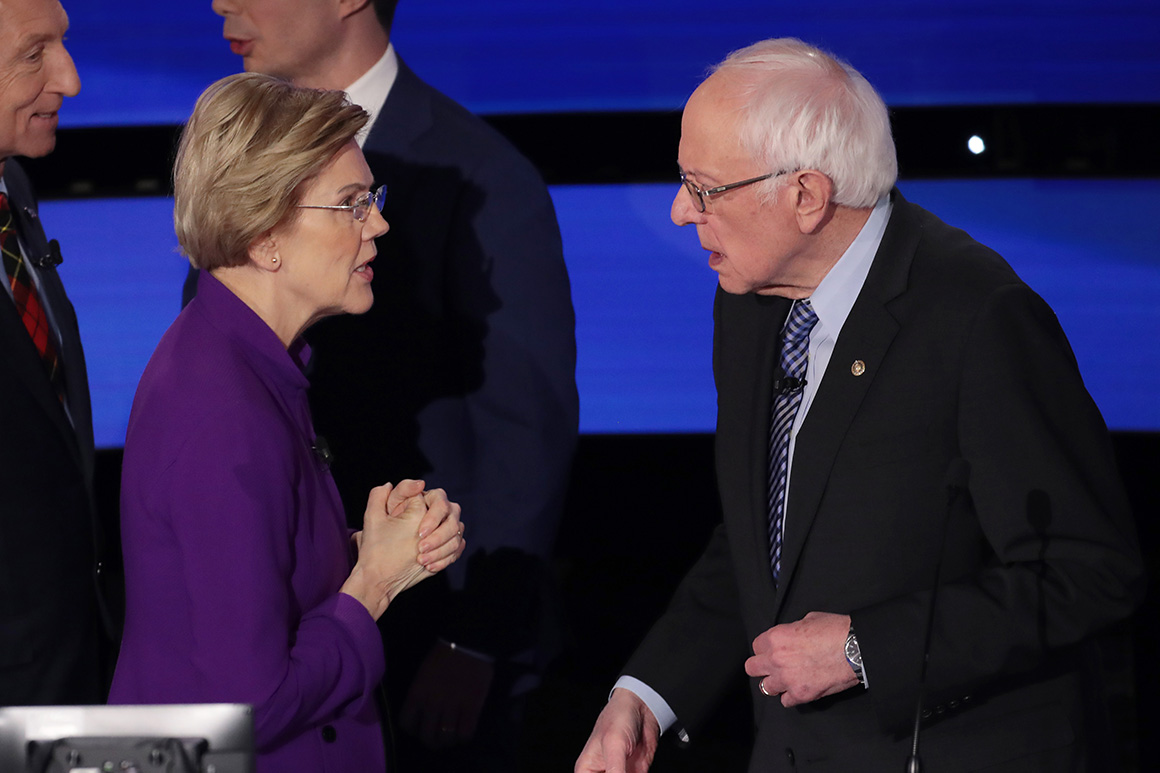 It’s that energy for Sanders that has put him in the lead, or within striking distance, in the first three early-voting states where organization and motivation are musts. Yet it’s also put him at risk in the run-up to the Feb. 3 caucuses in Iowa, where 57 percent of the electorate was female in 2016. The passion of some online Sanders’ backers — widely referred to as the Bernie Bros — have revived bad memories from 2016, when the campaign felt the need to have its supporters stop savaging Clinton staffers and female reporters, columnists and bloggers with misogynistic attacks.

After the Tuesday night debate, his supporters filled Twitter referring to Warren with snake emojis and caused “#LyingLiz;” “#NeverWarren;” and “#WarrenisaSnake” to trend Wednesday on the social media platform.

“This is the danger of this issue coming up right now,” she said. “While Sanders has been outwardly supportive of women, many of us were — AND still are — frequent targets of the Bernie Bros, an online community that supports Sanders. Those negative, stomach-churning feelings have now been given a platform to come to life. This is not what Sanders and his campaign want to be talking about.”

Elrod added that the dust-up could “help Warren potentially siphon off some of Sanders female supporters at a crucial time right before the Iowa primary.”

Both the Warren and Sanders campaigns declined Wednesday to talk publicly about the controversy, which was given new legs after a tense exchange between the two candidates following Tuesday’s debate, where Warren approached Sanders and appeared to rebuff a handshake he offered.

CNN microphones picked up the audio from the encounter, capturing Warren telling Sanders, “I think you called me a liar on national TV.”

President Donald Trump added to Sanders’ woes in a Democratic primary by siding with him, saying he believed Sanders’ version of events.

“The @BernieSanders campaign is about unifying people across our country — not dividing them up by race, ethnicity or gender,” Sanders wrote. “Forget those who are trying to divide us, focus on building the progressive movement & be positive to succeed!#MenWomenUnited.”