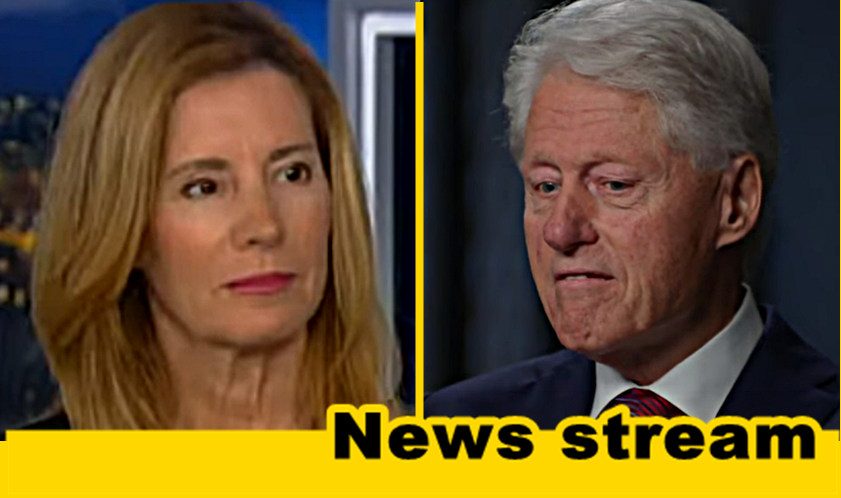 Bill Clinton’s claims that he only flew on Jeffrey Epstein’s plane 4 times and never has been to his island are being widely disputed.

“I know from the pilot logs—and these are pilot logs that were written by different pilots at different times—that Clinton went, he was a guest of Epstein’s 27 times. Many of those times Clinton had his Secret Service with him and many times he did not.”

What’s worse is that Sarnoff believes there were underage girls on the plane nearly every time Clinton flew.

Per PJMedia, back in 2015, onstage at the annual CPAC conference, Trump said something very interesting about Bill Clinton. “Nice guy,” he said. “Got a lot of problems coming up, in my opinion, with the famous island with Jeffrey Epstein. Lot of problems.”

Trump knew what he was talking about. Vanity Fair reports that, shortly before CPAC, Trump was approached by David Pecker, who then owned the National Enquirer. Pecker visited Trump and brought along “an issue with a Prince Andrew and Epstein-related cover.” They were joined by Trump lawyer Michael Cohen.

After the meeting, Trump called in Sam Nunberg, who then worked for him. Nunberg told Vanity Fair:

An investigative journalist who has spent years probing Jeffrey Epstein said that there were girls under the age of 18 on Epstein’s plane when former President Bill Clinton flew on it.

Conchita Sarnoff, the journalist, appeared on Fox News this week and was asked about the issue.

“Let me ask you this, because tonight President Clinton has spoken out and said I want to make it clear that there was some travel with him, there was always Secret Service, two had brief meetings, people who are trying to tie the two of them together, just like there are people trying to tie Epstein to President Trump, that those are unfair leaps in logic, the Clintons say,” Fox host Shannon Bream said.

“I have read too much information, and I have spoken to too many people on the inside,” Sarnoff responded, noting she attempted to interview Clinton in the past.

“I know from the pilot logs—and these are pilot logs that were written by different pilots at different times—that Clinton went, he was a guest of Epstein’s 27 times. Many of those times Clinton had his Secret Service with him and many times he did not,” Sarnoff added.

“Almost every time that Clinton’s name is on the pilot logs there are underage girls, there are initials, and there are names of many, many girls on that private plane.”