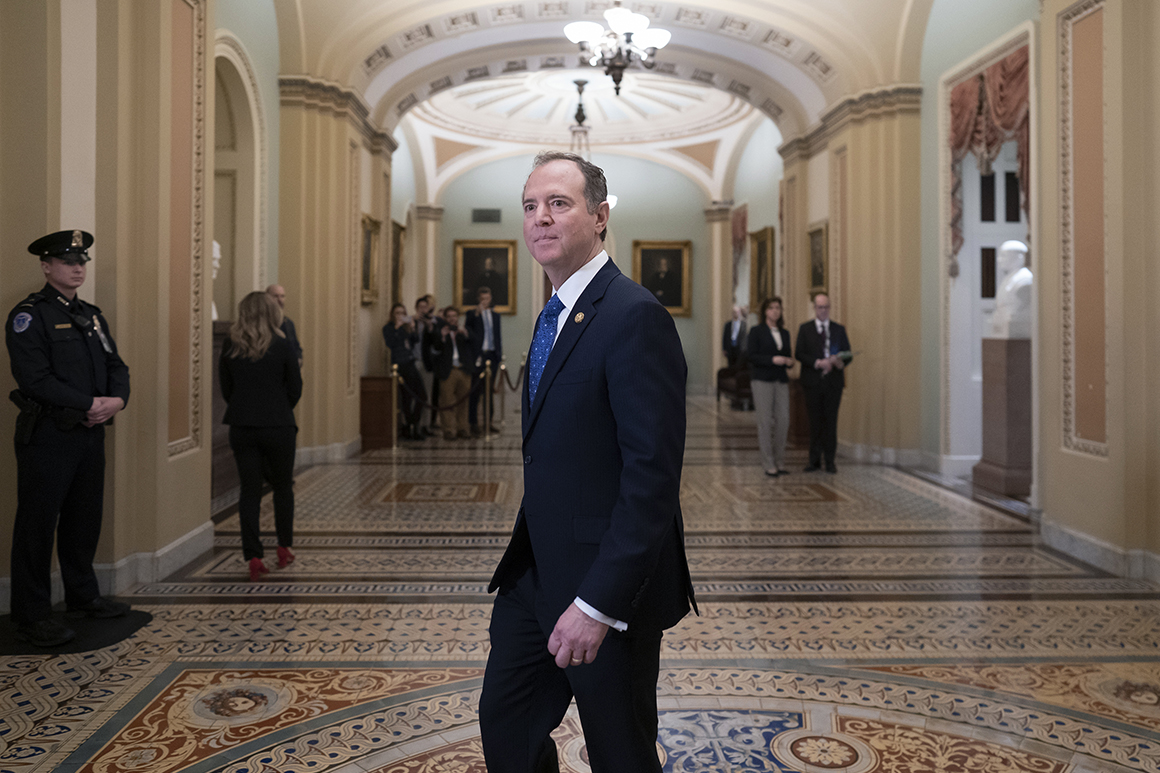 “They don’t say that there was no evidence that he was conditioning the aid. They just try to make the case that you don’t need a fair trial here, you can make these go away,” the California Democrat said.

But at least four Senate Republicans must join with Democrats in a vote for additional witnesses to be called.

Schiff also criticized the possibility of “witness reciprocity,” in which House Democrats and Trump’s defense would be able to pair witnesses called to testify.