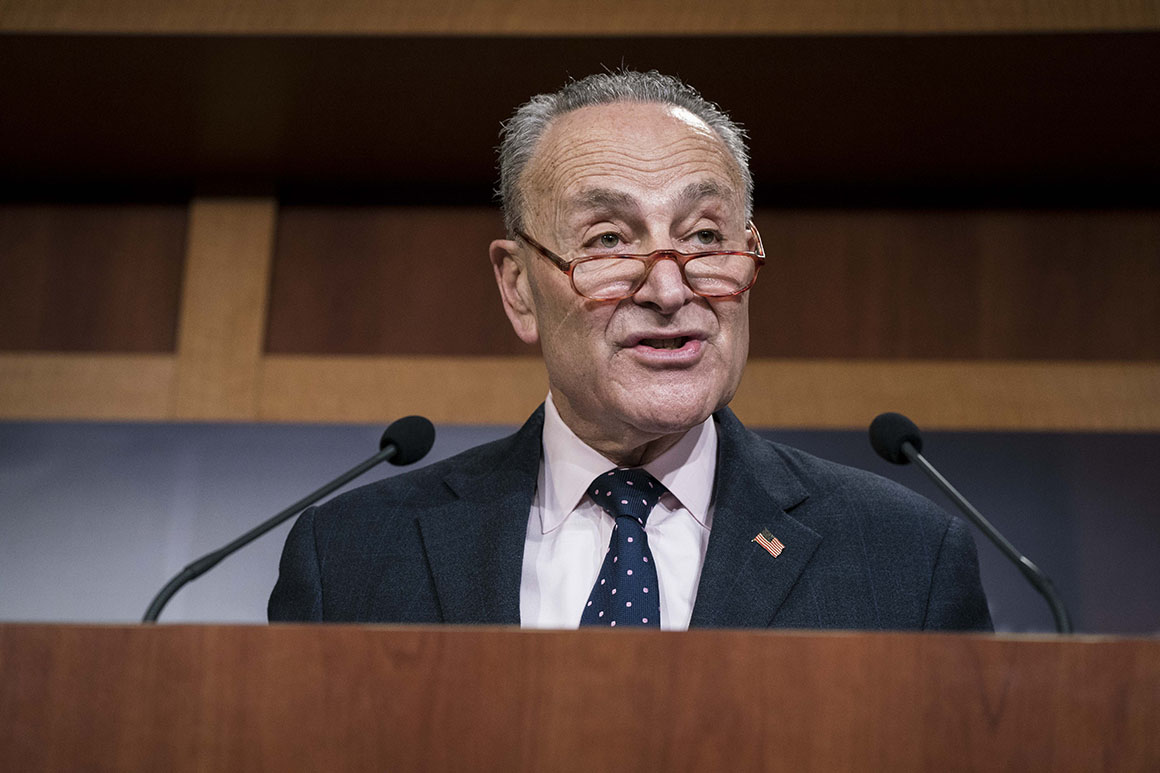 Senate Minority Leader Chuck Schumer is calling on Secretary of State Mike Pompeo and Treasury Secretary Steven Mnuchin to impose sanctions on Russia amid concerns that the country is again meddling in U.S. presidential elections.

“We urge you to immediately and forcefully impose sanctions on the government of the Russian Federation, any Russian actors determined to be responsible for such interference, and those acting on their behalf or providing material or financial support for these election interference efforts,” wrote Schumer, Sen. Robert Menendez (D-N.J.), the top Democrat on the Senate Foreign Relations Committee, and Sen. Sherrod Brown (D-Ohio.), the top Democrat on the Senate Banking Committee.

The letter, obtained by POLITICO, lists several sanction tools the administration could impose, including the 2017 Countering America’s Adversaries Through Sanctions Act, which imposed new sanctions on Russia, North Korea and Iran. Senate Democrats argue that imposing sanctions would send a clear message to Russian President Vladimir Putin that election interference will not be tolerated.