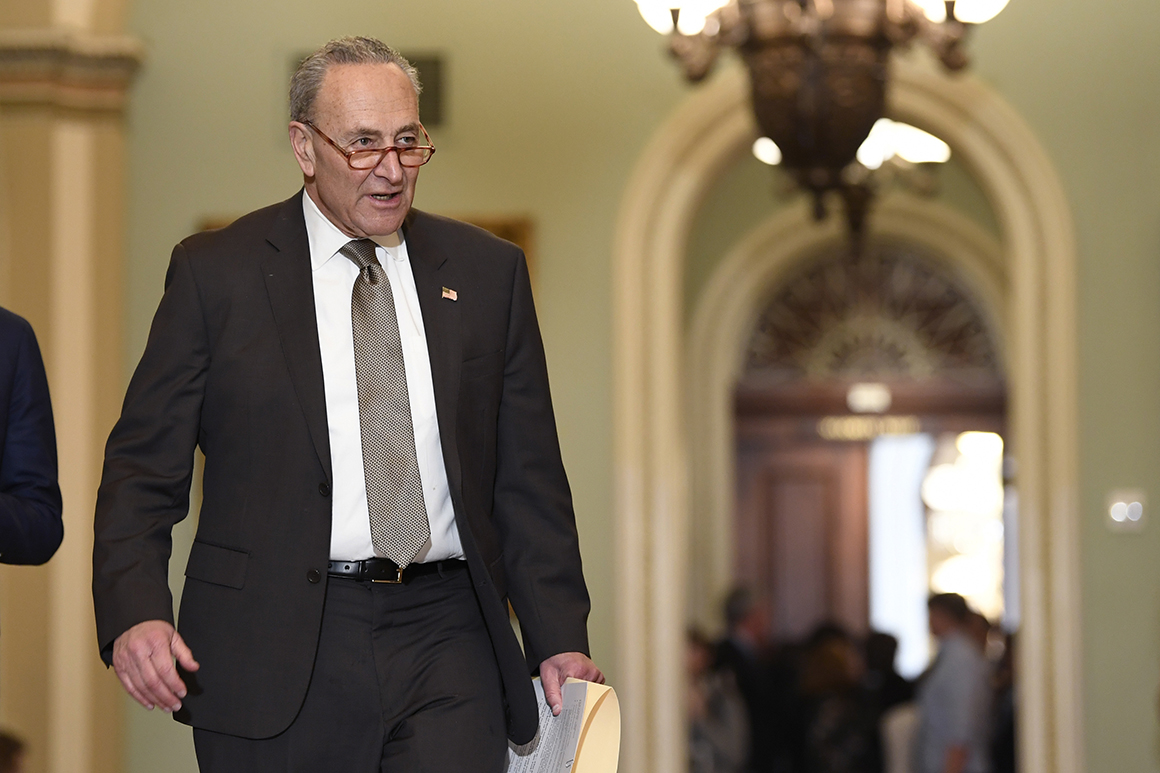 Senate Minority Leader Chuck Schumer met with Gov. Steve Bullock in Montana last weekend as Democrats make a last-ditch effort to woo him to run for the Senate this year, according to multiple sources familiar with the meeting.

Bullock, the two-term governor and former presidential candidate, has repeatedly said he has no plans to challenge Republican Sen. Steve Daines this year. But the state’s filing deadline is just over two weeks away, and Democrats have continued to pitch Bullock on seeking the Senate seat before the window closes. Democrats are hoping for a change of heart similar to that of former Colorado Gov. John Hickenlooper, who also ran for president and initially said he had no interest in the Senate before ultimately changing his mind and entering the Senate race last August.

Democrats believe that if Bullock were to reverse course and run for the Senate, it would instantly put Montana in play this fall and give them a wider path to taking back the chamber. Republicans have a 53-47 majority.