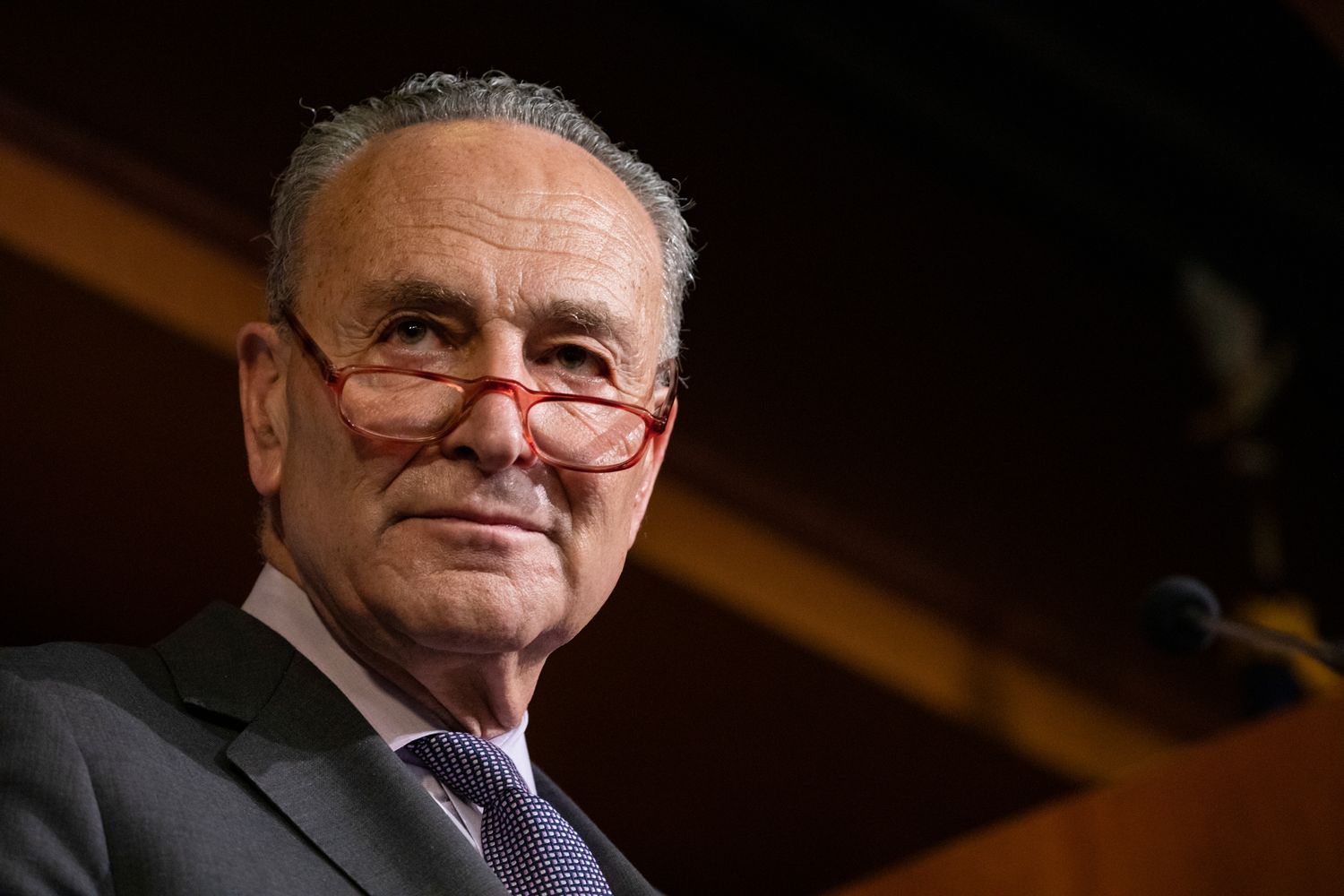 “A lot of this is determined by whether McConnell wants to ram this through or whether he wants to have an actual debate,” said Murphy, who is undecided on how he will vote on a critical procedural vote. “If this isn’t a fair process, I don’t know that Mitch McConnell’s going to be able to convince people that it is.”

The Trump Administration is rushing the production of a coronavirus vaccine. But it probably won’t be widely available until next spring or summer — and that’s if it even works.

Senate Minority Leader Chuck Schumer (D-N.Y.) and his members will debate strategy this week, according to multiple Democratic senators. And the vote isn’t likely to occur until Wednesday of next week so they have a little bit of time. But Democrats have to tread carefully, particularly in an election year in which the party’s base is eager for action.

Schumer called the GOP proposal on Wednesday a “bad bill” and said Democrats are “figuring out what to do with it.”

Privately, Democrats say enough of their members may be inclined to at least debate the bill, though no decision has been made.

Some say it could be a mistake to advance what they view as a bad bill that lacks a federal chokehold ban and doesn’t make it easier to sue police for misconduct — key Democratic asks in the wake of the police killing of George Floyd and nationwide protests.

Sen. Kirsten Gillibrand (D-N.Y.) said if the “bill is as limited as I understand it to be, then I don’t think it’s valuable to get on the bill.” And she’s not alone.

“You have to remember who the leader of their party is and what he’s all about. And you have to remember how he’s conducted himself in other instances like this with gun safety, with immigration,” Sen. Brian Schatz (D-Hawaii) said of McConnell. Schatz is leaning toward a filibuster to block the bill. “We’re not going to fall for the banana in the tailpipe.”

But others in the party are open to proceeding to the measure in the hopes that McConnell would at least give them the opportunity to offer their own proposals.

“I would like to think that we would all be inclined to start this debate,” Sen. Joe Manchin (D-W.Va.) said, adding Republicans had indicated they’d allow amendments to be considered. “Unless McConnell’s not genuine.”

Regardless of their views on procedure, Democrats are mostly in agreement about the substance of the GOP bill. Manchin said not including a strict ban on police chokeholds makes “no sense” and Schatz said the “baseline” should be competing legislation from Sens. Cory Booker (D-N.J.) and Kamala Harris (D-Calif.).

Harris, Booker and House Democrats are pushing a proposal that would strengthen federal control of police standards, while Scott and Senate Republicans encourage states and cities to decrease use of force and misconduct. Both parties favor better data collection and more transparency.

But while House Democrats can jam through their legislation on a simple majority, Senate Republicans need at least seven Democrats to join them first to open debate and then to close it before final passage.

Scott said if the bill can’t even get to the floor, “folks will have less confidence in this nation because we missed a moment.” But even if it makes it to the floor, there are still plenty of hurdles ahead.

Cutting deals on amendment votes — particularly on controversial social issues — is always tricky, requiring buy-in from all 100 senators to get to a finite list. A truly free-wheeling amendment process is rare in the Senate, and rarer still in a presidential election year. Most amendments will also likely need 60 votes to be adopted.

“If we can get on the bill and have an open amendment process, then they get the chance to offer as many as they want,” Senate Majority Whip John Thune said. “The best thing is to get on the bill, open it up — and let’s let the Senate do its work and its will and see where it goes.”

But it’s hard to see how the process ends in a bill with the supermajority support needed to pass the Senate.

As written, it’s unclear whether any Democrats will support it.

“I want to work with people that want real police reform unlike the people that want to just act like they’re doing reform,” Sen. Sherrod Brown (D-Ohio) said. “McConnell’s going to always do what plays to his bigoted base and his money base.”

Harris and Booker said the GOP’s bill falls short because it doesn’t allow consequences for bad-acting police officers and doesn’t ban no-knock raids, among other things. Harris said Scott’s proposal “does not meet the moment; his bill would literally not save a life.”

Republicans counter that making the changes requested by Democrats would lose GOP votes and end prospects for a deal.

The legislation has nearly uniform support among Republicans. And an effort to remove qualified immunity, which protects police officers from legal action, would result in a “short conversation,” Senate Judiciary Chairman Lindsey Graham (R-S.C.) said. Republicans, in other words, won’t go for it.

“The qualified immunity line is not one we’re going to cross,” Sen. Mitt Romney (R-Utah) added.

Senate Minority Whip Dick Durbin, however, said addressing qualified immunity is “critical” to Democrats. He said there might be ways to compromise with Republicans — but not if the Senate debate shuts down next week before it even starts.

The question “is whether or not McConnell is offering this in good faith. If this is a high-noon moment and [Republicans] want to embarrass the Democrats by having them vote ‘no’ and then we’ll adjourn, it’s a waste of time,” Durbin said. “But we shouldn’t rule out the possibility that the Senate could actually be the Senate.”

Marianne LeVine and Andrew Desiderio contributed to this report.