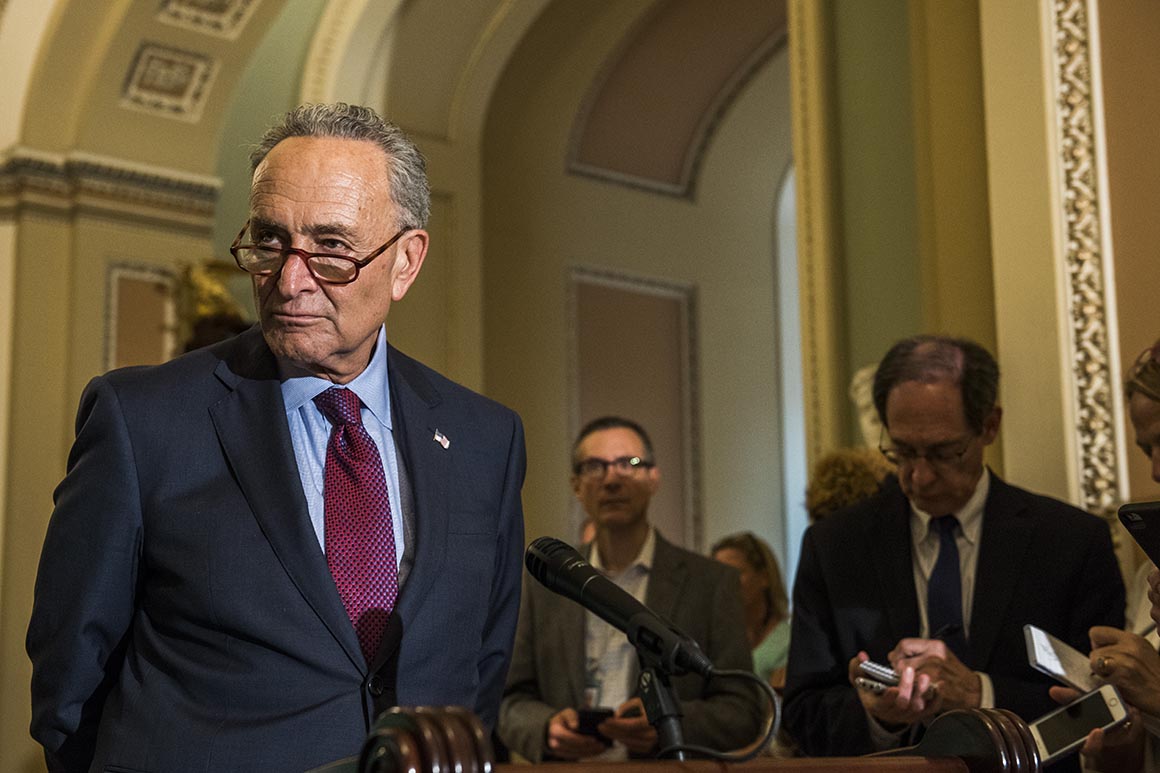 Two weeks ago, Senate Democrats blocked the Senate GOP’s initial offer of $250 billion for small businesses, demanding a broader package of aid that included millions of dollars for hospitals and states. That conflict has resulted in a standoff between Democrats and Republicans, with Treasury Secretary Steven Mnuchin moving to arbitrate the impasse.

Republicans have hammered Democrats for blocking efforts to replenish the small business fund. But Democrats counter that the bill expected to pass Congress this week contains much of what they demanded two weeks ago, pinning the delay on Republicans.

“When you look at the package that’s going to be passed, it’s almost exactly like the one we asked for two weeks ago,” House Majority Leader Steny Hoyer (D-Md.) told reporters on a press call Tuesday. “We’re ending up with a bill we could’ve passed 12 days ago.”

Negotiators have also discussed including about $60 billion for economic disaster assistance, $75 billion for hospitals and $25 billion for coronavirus testing, one of the last outstanding issues. Schumer said the administration had embraced Democrats’ position of nationalizing the program, though the details and exact funding figures were still in flux on Tuesday morning according to aides.

“You need a national strategy, and the president and Mnuchin and [White House chief of staff Mark] Meadows agreed to that to their credit. And that will be in the proposal,” Schumer said.

Yet Democrats finally admitted defeat on their demands for $150 billion for states and local governments after Senate Majority Leader Mitch McConnell (R-Ky.) and Mnuchin took a hard line against including that money. Instead, the legislation will grant flexibility for unspent money from previous relief bills to be used for revenue shortfalls, Schumer said.

The Senate minority leader, along with House Speaker Nancy Pelosi (D- Calif.) continued negotiating with Meadows and Mnuchin until early Tuesday. If the legislation can be completed before Tuesday afternoon, the Senate could conceivably approve it and send it to the House for final passage later this week.

The House, which is set to vote Thursday on the relief measure, will not be able to pass the legislation unanimously and lawmakers have been instructed to prepare to return to the Capitol this week.

Hoyer said members were not being forced to come back but he expected more than enough lawmakers to establish a quorum — 216 members — and clear the package via a roll call vote.

“We are asking every member to return who can return,” Hoyer told reporters during his weekly press call on Tuesday. “There are some members who are particularly vulnerable to either themselves because of some preexisting condition or they are caring for relatives … so we’re not ordering members to come back.”