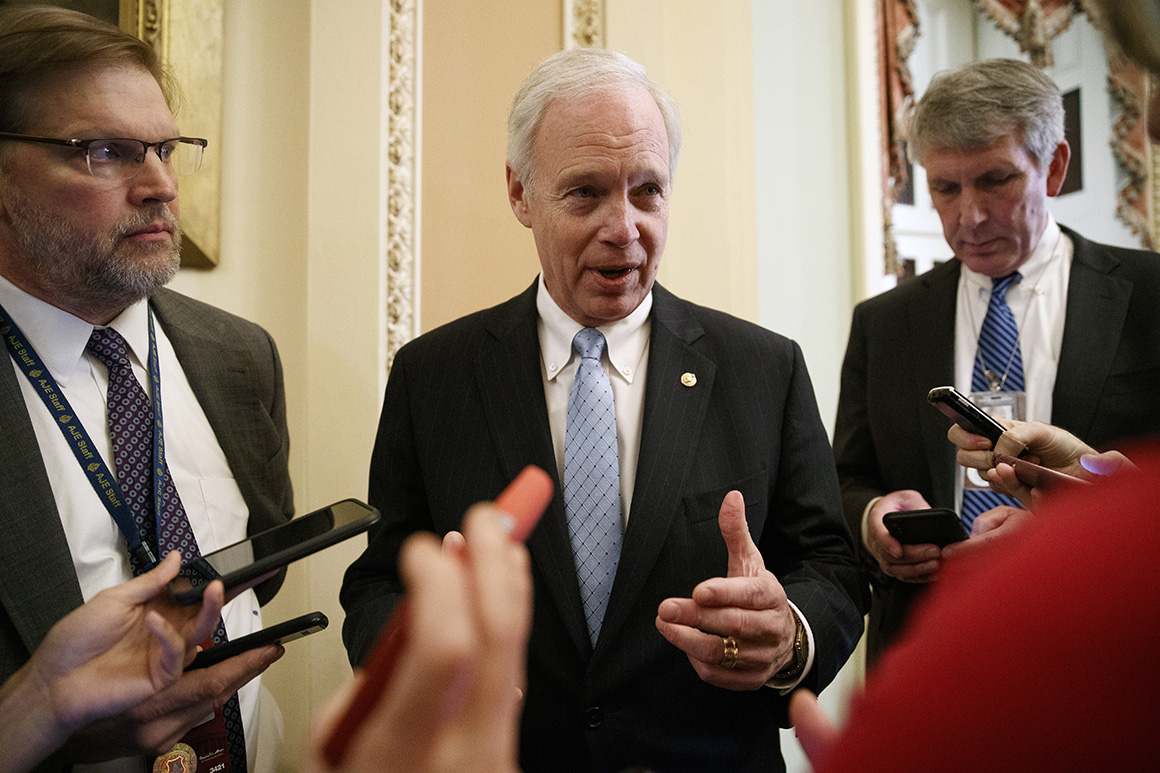 “Where did this all start from? Was this transferred animal to human? Was this from a lab in China? Might have been the best of intentions trying to come up with the different cures, with the different therapies for the coronavirus in general,” Johnson said, echoing some conservative theories. “We need to know what role WHO might have had in trying to cover this thing up.”

The United States’ testing system was caught flatfooted by the coronavirus, and Johnson said faster international information would have helped develop “an accurate lab test sooner than we did.”

Johnson also said he had tasked Sen. Rick Scott (R-Fla.) with spearheading the investigation into the WHO, which has come under relentless attack from GOP lawmakers and the White House for not doing more to draw out accurate information from China at the onset of the virus. The two senators spoke about the probe on Monday.

Scott is a noted China hawk and said in a separate interview that when it comes to the coronavirus “we can’t trust communist China, we’ve learned we can’t trust the WHO because they lie to us.” He said he would delve into what the WHO’s plan was, when it knew how the virus was transmitted and when the organization grew skeptical of China’s numbers showing the virus was contained.