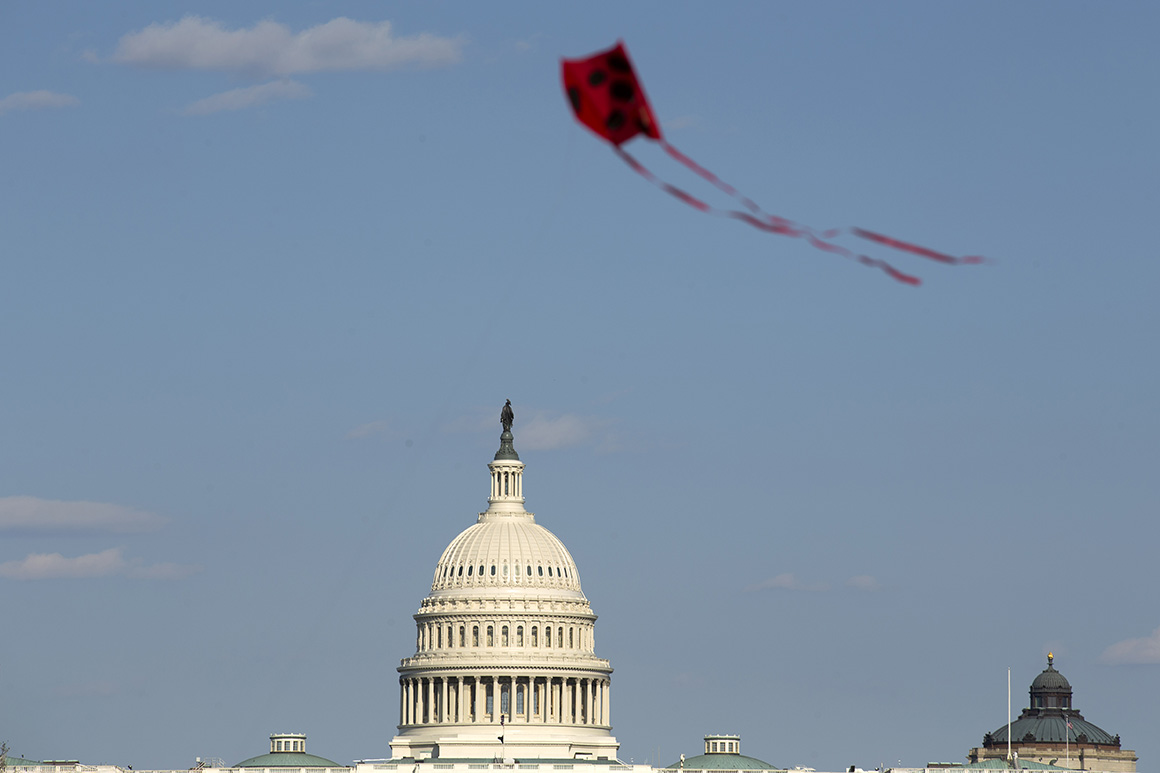 Staff for Speaker Nancy Pelosi (D-Calif.) and Senate Minority Leader Chuck Schumer (D-N.Y.) are set to speak with Treasury Secretary Steven Mnuchin and his department on Thursday, according to several sources close to the negotiations. Congressional Republicans remain skeptical that Mnuchin will be able to cut a deal that all Senate and House Republicans will support, but Pelosi says Senate Majority Leader Mitch McConnell’s (R-Ky.) small business-only bill can’t pass the House unanimously.

The Senate is scheduled for a 3 p.m. pro forma session, but Republicans do not currently expect to try and again pass their bill as they did earlier this month. A week ago, Democrats blocked the small business bill and McConnell blocked a bill from them that married the Paycheck Protection Program funding with $250 billion for hospitals and local governments.

Centrist Sen. Kyrsten SInema (D-Ariz.) expressed frustration with the impasse and endorsed a bill solely funding the Paycheck Protection Program: „The Senate should approve [additional] funding by unanimous consent ASAP. Small businesses need our help to survive during this emergency.“

But Democratic leaders haven’t budged, citing requests for more aid from governors in states like Maryland, Pennsylvania, Michigan and Wisconsin as they dig in.

„State and local governments are desperate for resources. Hospitals, desperate for resources. That’s what we’re saying we need. Small businesses, state and local governments and hospitals, that is what the Senate [Democrats] put on the floor last week. We’re very proud of them for doing that. And that is something that needs to be done,“ Pelosi said on CNN Wednesday afternoon.

Senate Small Business Committee Chairman Marco Rubio (R-Fla.) called the Democrats’ stance „disgusting“ on Twitter. He, like many Republicans, have said they are open to giving more money to other priorities but only after the exhausted Paycheck Protection Program fund is replenished.

„The notion that crucial help for working people is not appealing enough to Democrats without other additions sends a strange message about their priorities,“ McConnell and House Minority Leader Kevin McCarthy (R-Calif.) said Wednesday night. “The cost of continued Democratic obstruction will be pink slips and shuttered businesses.“

The SBA said Thursday it will be unable to accept new loan applications while funding is tapped out and that it will not enroll additional lenders into the program.

Some on Capitol Hill believe the brinkmanship could continue until next week, or possibly until May if a deal is not reached quickly.

“We urge Congress to appropriate additional funds for the Paycheck Protection Program—a critical and overwhelmingly bipartisan program—at which point we will once again be able to process loan applications, issue loan numbers, and protect millions more paychecks,“ Mnuchin and SBA Administrator Jovita Carranza said in a joint statement Wednesday evening.

The impasse over funding is the latest setback for the aid effort, which was just beginning to disburse money to struggling small businesses after a rocky April 3 launch.