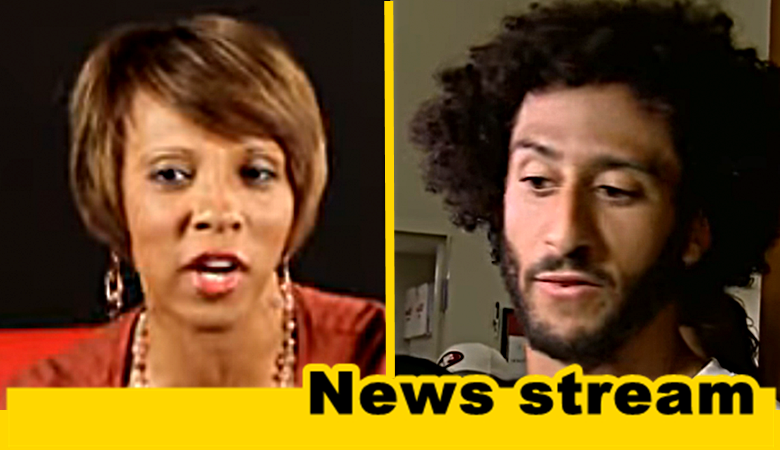 By Sophia A. Nelson | Fox News

I’m a black woman whose ancestors were enslaved in Georgia and South Carolina under horrific conditions. But I disagree with former NFL quarterback Colin Kaepernick, who reportedly contends that because many founders of our nation owned slaves or supported slavery, the flag they fought under to win independence from Britain is an offensive symbol.

And I believe Nike was wrong to capitulate to Kaepernick this week and halt the release of an athletic shoe bearing the original American flag on the heel, saying that it could “unintentionally offend” some people because it was the symbol of our nation during the era of slavery.

I agree with former Secretary of State Condoleezza Rice that the immoral and sinful institution of slavery was America’s “birth defect.” It can never be erased and must never be forgotten.

So certainly, on this Fourth of July long weekend celebrating our nation’s 243rd birthday, it’s important to remember these eloquent words of the Declaration of Independence in reality only applied to white men: “We hold these truths to be self-evident, that all men are created equal, that they are endowed by their Creator with certain unalienable Rights, that among these are Life, Liberty and the pursuit of Happiness.”

Slavery continued, tragically, until it was ended in 1865 after a bloody Civil War. Native Americans saw the entire nation taken from them and were forced onto reservations. Women didn’t get the right to vote until 1920. Unfortunately, discrimination against these and other groups continues to this day.

So where does that leave us? Should we be ashamed and embarrassed of all of American history because our nation was and still is flawed?

Should we refuse to display today’s flag and any other patriotic symbol and abolish Independence Day celebrations?

And while we’re at it, should we abolish our national anthem, because Kaepernick led a protest movement of NFL players to kneel when the anthem was played?

Some people object to the Pledge of Allegiance – should that be thrown out as well?

Obviously, the answer is “no” to all these questions.

A great nation does not run from its history. A great nation rises above its sins and flaws and learns from the past in order to build a brighter future.