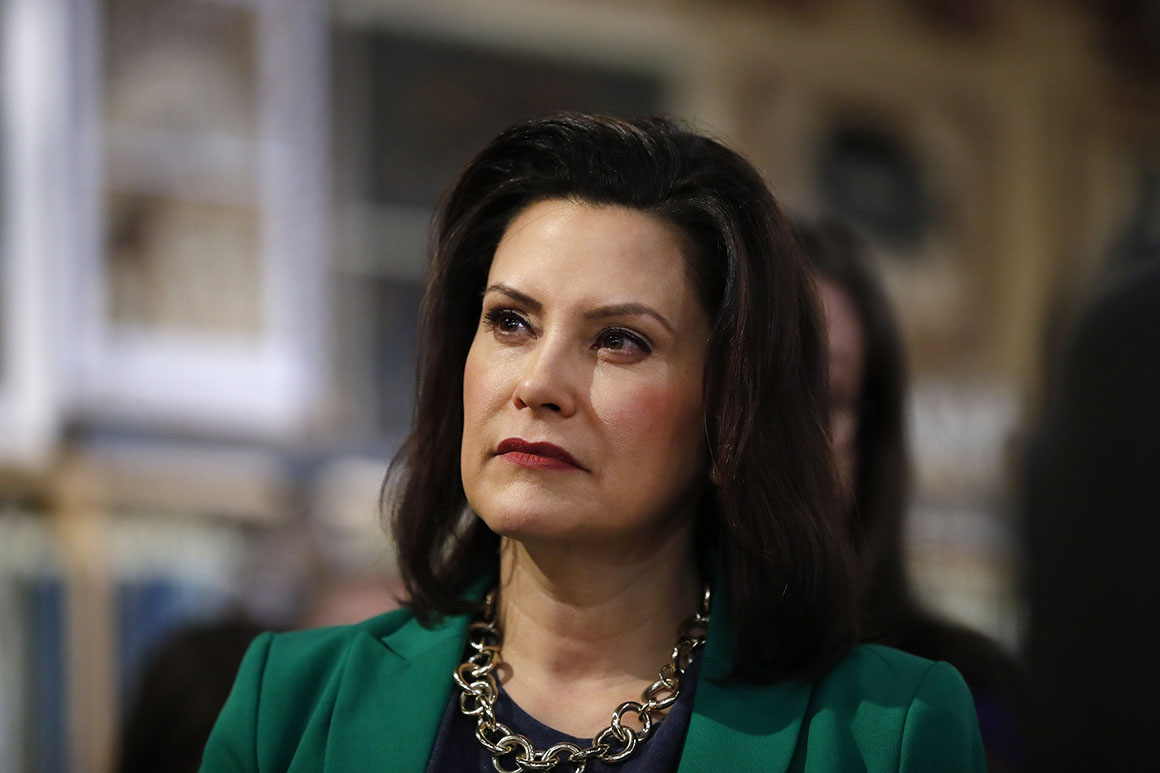 The state House in Michigan has been under Republican control for the past decade, but Democrats are four seats away from flipping the chamber. In the Michigan state Senate, Democrats need three to tie and four to flip the upper chamber.

Minnesota is the last state in the country with a divided Legislature: Democrats won a majority in the state House two years ago and need just two seats to win the Senate.

So far, at least, voters have given governors the benefit of the doubt on how to manage the pandemic in their states, said Ben Golnik, a Republican strategist in Minnesota and former executive director of the state House Republicans caucus. Both parties have pointed to surveys showing big spikes in job-approval figures for governors working on the front lines of the virus.

But as the shutdown drags on, governors increasingly are on the spot. In Pennsylvania, the GOP-run Legislature sent Wolf legislation to allow several categories of businesses to reopen barely a month after he ordered them closed.

The Michigan Senate Republican caucus has released a plan to reopen the state in phases. Majority Leader Mike Shirkey has contend it’s his party’s responsibility to propose a framework for Michiganders to “live life in the presence of Covid-19, safely.” Republican lawmakers lent their support to a protest this week that called on Democratic Gov. Gretchen Whitmer — a prospect to become Biden’s running mate — to dial back her stay-at-home order.

Democrat Jim Ananich, the Senate minority leader, called the protest a “farce” and noted that Republicans had just introduced the resolution that gave Whitmer emergency powers.

“Every order so far — whether they’ve liked every aspect — they have seen and had plenty of time to digest,” Ananich said of Whitmer’s actions. “You’d think from the last week the governor is now some emperor back in Rome.”

Republican legislators in Wisconsin have grown so impatient with Evers’ decision to close schools for the rest of the year and extend stay-at-home orders until late May that they are targeting state health officials and threatening curbs on the Democratic governor’s power. They’ve branded Evers a “tyrant” and are planning a rally at Wisconsin’s state Capitol next week.

And in Minnesota, GOP legislators are amping up pressure on Democratic Gov. Tim Walz, who has repeatedly called for a large expansion of testing before reopening more segments of the economy.

Minnesota state Sen. Scott Jensen, a doctor, said Walz should act now to reopen businesses while continuing social distancing and isolating vulnerable older people and those with pre-existing conditions. Jensen said there have been increased suicides and calls to abuse lines, an underappreciated toll of the crisis.