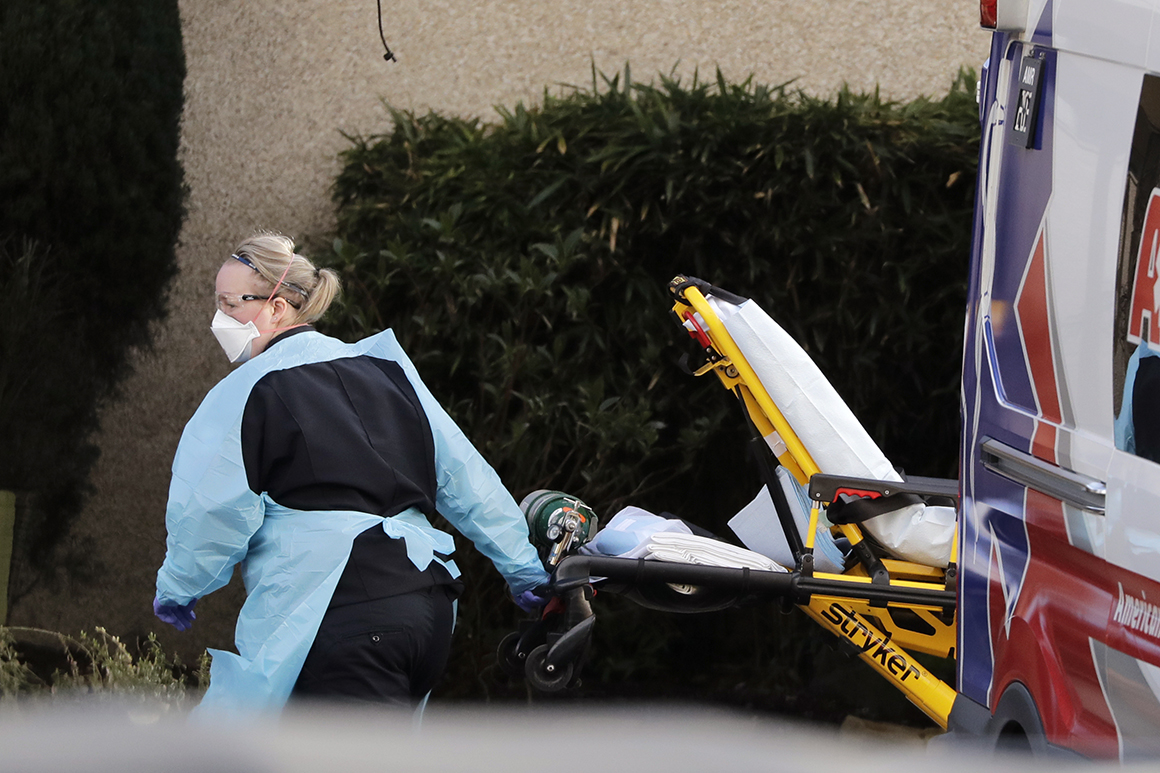 A handful of cases have been diagnosed in the last few days in Washington, California, Rhode Island and Illinois. As broader testing gears up, there could be an influx of new cases — and a clearer picture of how much the disease has spread and how much public health ground was lost to the faltering start to testing.

There have been other errors. In San Diego, a woman who had been evacuated from China and hospitalized was declared free of the virus and allowed to return to the evacuees’ quarantine quarters because of a mix-up that meant her samples weren’t even tested. By the time doctors diagnosed her, she could have exposed others.

And troubles with the diagnostic tests sent to public health labs around the country have both slowed down testing of potential patients and delayed the start of broader surveillance efforts to see if the disease is already stealthily spreading.

Until state labs are up and running, the CDC has to do the testing itself, and it has limited capacity. Vice President Mike Pence on Sunday said CDC was sending out 15,000 tests to state and local health officials and that the government is working with a private contractor to distribute an additional 50,000 tests. The Association of Public Health Laboratories told POLITICO it understands there will be enough kits to test 75,000 patients by the end of the week.

Tom Frieden, who was CDC director under former President Barack Obama during the 2014 Ebola crisis, said the unpredictable nature of emergencies, mixed with the possibility for mistakes, means officials must be adaptable and be transparent when things go wrong.

“It’s very important to tell people what you know and when you know it,” Frieden told POLITICO, noting that officials must often make decisions quickly and with incomplete information.

In 2014, a Dallas hospital didn’t recognize that a man from Liberia — the epicenter of the worst Ebola outbreak on record — had symptoms of the disease. Not only did hospital staff return him to the community, exposing others and triggering panic, but their error also delayed care that might have saved his life.

In addition, two nurses in that hospital were not properly instructed on how to protect themselves and also became infected with the deadly virus, though both survived. The CDC modified its protocols and also decided to send any Ebola patients to a handful of specially equipped hospitals, rather than assume community hospitals could safely treat them.

Frieden credited the CDC — an agency that’s mostly career staff, not political appointees — with being upfront about the coronaviru challenges, including its problems with testing capacity and protocols.

“To produce hundreds of thousands of tests in a matter of days, it is not surprising this happened. I’m sure in other systems there would be a lot less openness. To admit something like that has happened, is why the CDC is widely trusted,” he said.

“In emergencies like this, one of the things that’s really important is that you base decisions on science … with the most up-to-date information analyzed by people who understand it best,” Frieden said.

CDC’s Redfield on Thursday told a congressional panel his agency is working to address shortfalls in coronavirus testing, and was shipping new tests out to states.

Asked if he thinks states, already working overtime and stretching their resources, will be prepared to handle an influx of cases as a result of broader testing capabilities, he replied, “I think the public health community is going to be able to meet that need.”

State and local health departments, meanwhile, are having to divert staff and resources to prepare for coronavirus spread in their communities.

Philip Huang, director of the Dallas County Health Department, says his staff is working overtime to prepare for all the different possibilities.

“Nothing goes perfect and we have to deal with whatever realities and different scenarios there are,” he said.