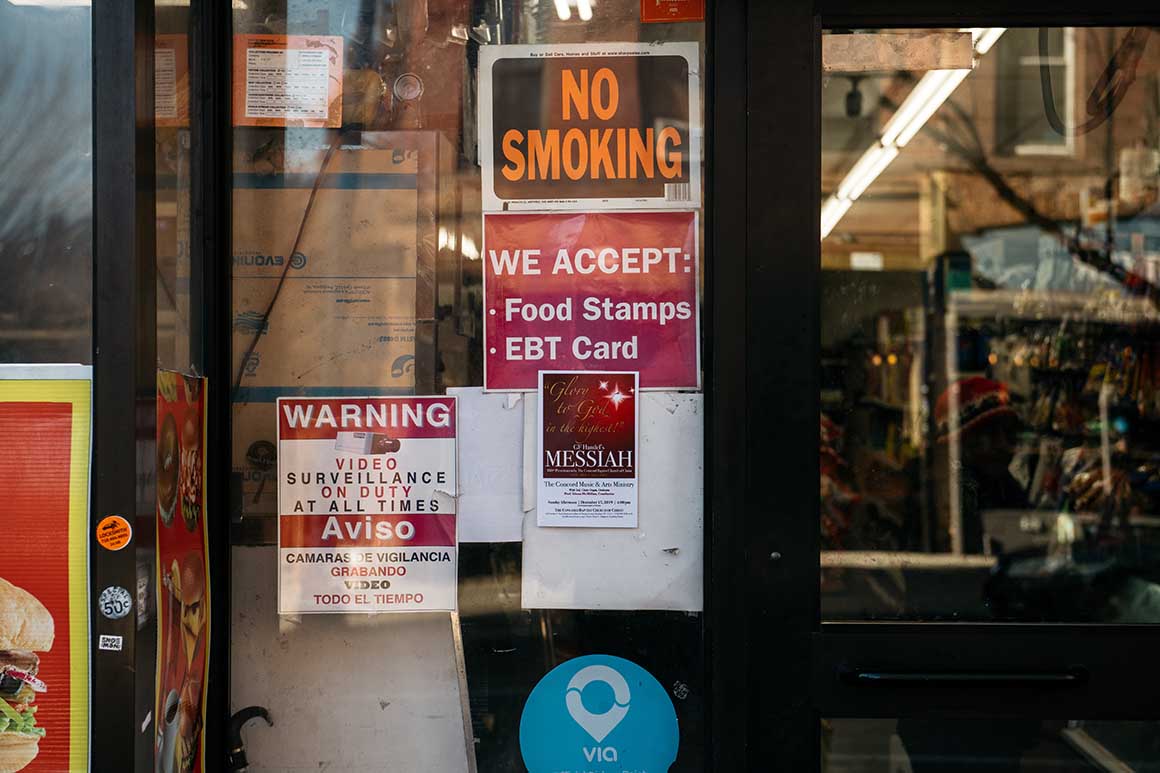 Republicans in Congress have remained deeply resistant to increasing benefits over the longer term, seeing it as an attempt by Democrats to permanently expand a program that some conservatives argue fuels a culture of dependency and dissuades work.

During the Great Recession, USDA mostly worked to expand access and increase benefits while unemployment was high. The stimulus bill Congress passed during the Obama administration increased SNAP benefits by about 16 percent, without much debate — a move aimed at helping people, but also at boosting the economy by infusing more money into grocery stores. The increase in benefits ran from 2009 to 2013.

USDA economists later determined the additional money helped drive increased spending and a reduction in food insecurity during the recession, which overall “contributed substantially to improvements for low-income households.”

For much of the past half-century, food stamps enjoyed strong bipartisan support in Congress. The $60 billion program is reauthorized in the farm bill alongside programs that subsidize farmers, a marriage that has tied the interests of agriculture and low-income people together, with a unique mix of urban and rural support.

But this coalition has become increasingly frayed over the past decade.

In the wake of the Great Recession, the number of people on SNAP ballooned to more than 47 million, and the number did not come down as slowly as many conservatives thought it should have.

Many laid the blame on President Barack Obama for policies that made it easier for people who qualified to sign up for the program, though some of these efforts had begun during the Bush administration. In 2011, Newt Gingrich famously derided Obama as “the most successful food stamp president in American history.”

The conservative push to cut food stamps has created a more toxic political environment for the farm bill, normally reauthorized every five years. Democrats and Republicans fought bitterly for the better part of a year over the last bill, ultimately rejecting a House Republican attempt, led by then-Speaker Paul Ryan, to impose stricter work requirements and crack down on who is eligible for the SNAP program.

The Trump administration, for its part, has forged ahead with many of those same policies on its own, enraging Democrats and anti-hunger advocates. In May, USDA said it would appeal a court ruling that blocked its rule to impose stricter work requirements on certain food stamp recipients, a policy that would cut an estimated 700,000 people from the program.

“USDA has been extremely aggressive in expanding flexibilities to ensure Americans who have been impacted by the coronavirus continue to receive the food they need for themselves and their families,” a USDA spokesperson said at the time. “While we’re currently in a very challenging environment, we do not expect this to last forever. America’s best days are ahead and we must prepare our workforce to rejoin the economy when our nation reopens.”

In his February State of the Union address, President Donald Trump touted the fact that enrollment in the program was dropping: “Under the last administration, more than 10 million people were added to the food stamp rolls,” he said. “Under my administration, 7 million Americans have come off food stamps.”

The size of the program largely expands and contracts with the economy. In February, the last month for which national data is available, there were nearly 37 million people on the program. That number is expected to be dramatically higher today. Some large states, like Florida, reported a 20 percent increase in the number of people receiving benefits in April, according to figures tracked by the Center on Budget and Policy Priorities. Michigan saw a 27 percent jump in the number of people getting benefits between February and April.

Large national surveys measuring the real-time impact of Covid-19 on households have found that food insecurity is much higher across the board than it was pre-pandemic. For all households, the rates have about doubled, according to an analysis of the COVID Impact Survey done by economists at Northwestern University. For households with children, they’ve nearly tripled. The data suggests 1 in 3 households with children is now reporting food insecurity, even with the aid Congress has already gotten out the door.

“It would be a great time to perk up their benefits,” said Diane Whitmore Schanzenbach, an economist and director of the Institute for Policy Research at Northwestern University, of food stamp recipients. “I just can’t believe they haven’t.”

But while Republicans in Congress have supported significant increases in the amount of unemployment benefits families can receive, along with stimulus checks to many Americans, they’ve continued to draw the line on proposals to raise SNAP benefits across the board.