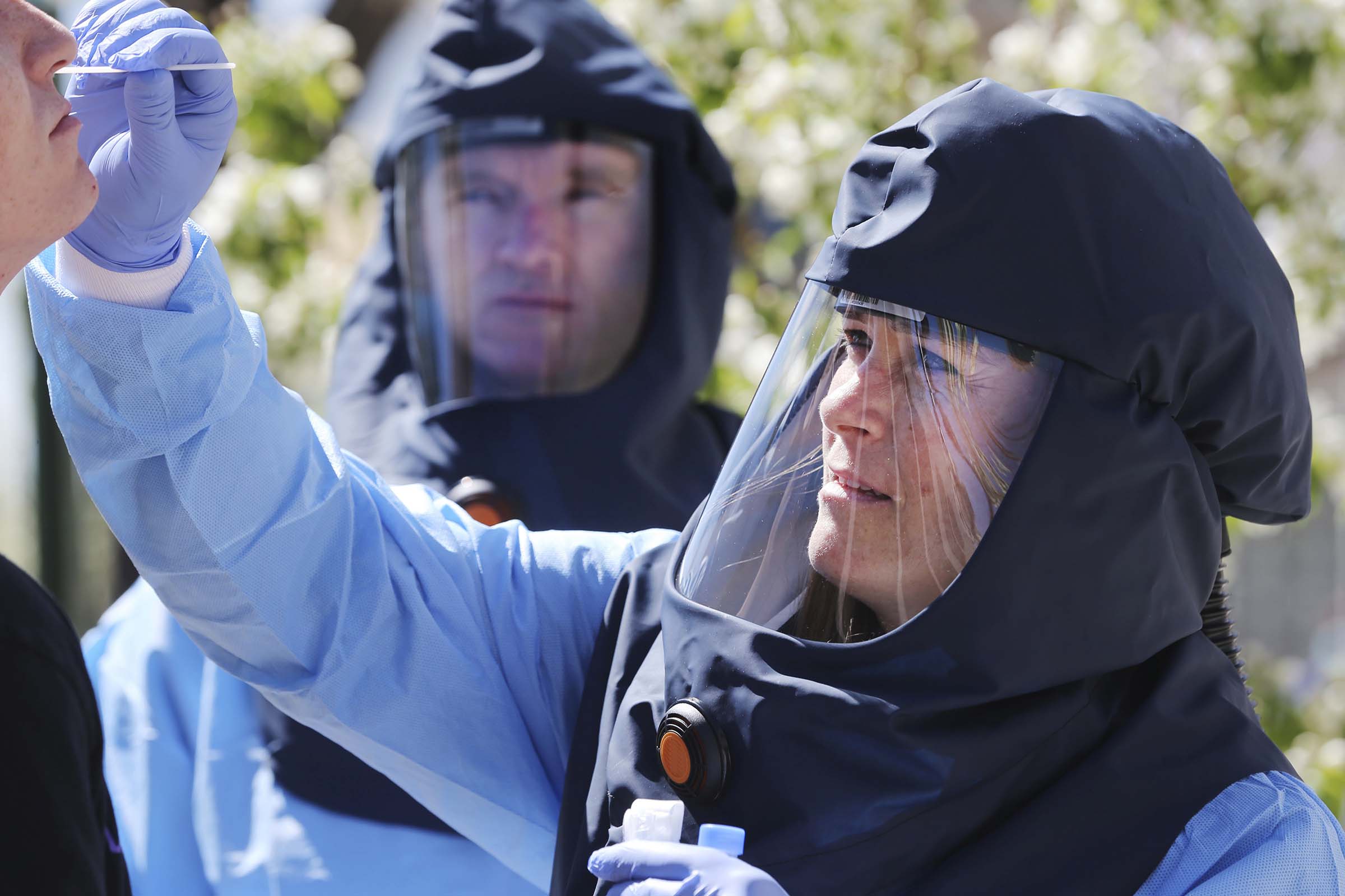 Senate Democrats last week proposed a plan to spend $30 billion on measures like disease surveillance and contact tracing. Sens. Ed Markey and Chris Van Hollen have a separate plan that would expand FEMA and Americorps to bolster contact tracing efforts in the states. But with Congress gridlocked over the latest rescue package, states are forging ahead and improvising with buddy systems and on-the-fly training.

There are also concerns that the rush to deploy workers will overlook minority communities that have been hit especially hard during the pandemic and may not be getting enough resources because of inadequate data collection. Harvey said that while STD contact tracers are already familiar with communities of color and skilled at asking sensitive personal questions, they are not being given leadership roles in tracking coronavirus.

“The existing workforce who has been doing STD contact tracing since World War II is once again being overlooked,” he said.

The speed and scale of the project is additionally leading many states to rely on digital tools, which raise a host of new privacy concerns.

Apple and Google announced last week that they will roll out technology that will use Bluetooth on people’s phones to detect when they have come into contact with individuals diagnosed with the virus.

The technology could be a critical tool, reducing the number of people needed to track the spread of the virus. But civil liberties groups already have a long list of concerns.

“While some technology-assisted contact-tracing systems may offer public health benefits, they may also cause significant risks to privacy, civil rights, and civil liberties,” said ACLU senior staff technologist Daniel Kahn Gillmor. “We need a sober consideration of the risks and tradeoffs.”

But such concerns may take a back seat as the coronavirus sweeps through the South and farm belt, forcing states to scramble a response.

“Rural health departments have never attempted anything on this scale,” said Tennessee Health Commissioner Lisa Piercey, who has recently added more than 150 contact tracers across her state.

Arkansas’ health secretary credits newly hired teams of contact tracers with keeping the state’s death rate far lower than most. But Jennifer Dillaha, the state epidemiologist, told POLITICO that Arkansas is still “not where we’d like to be,” and more staff and resources are needed. She said they are “repurposing” nurses who are now working in local health departments and partnering with the University of Arkansas and other schools to have students assist with contact tracing.

Frieden said technology can’t replace human contact in a crisis like the pandemic. That puts more of an onus on the new recruits to paint an accurate picture of who’s sick and where.

“It’s not clear that phones can say who is in contact with who and when at a high enough or accurate enough rate to be useful,” he said. “This is fundamentally a person-to-person process. It’s about talking to someone earning their trust, and helping them remember who they were in contact with.”