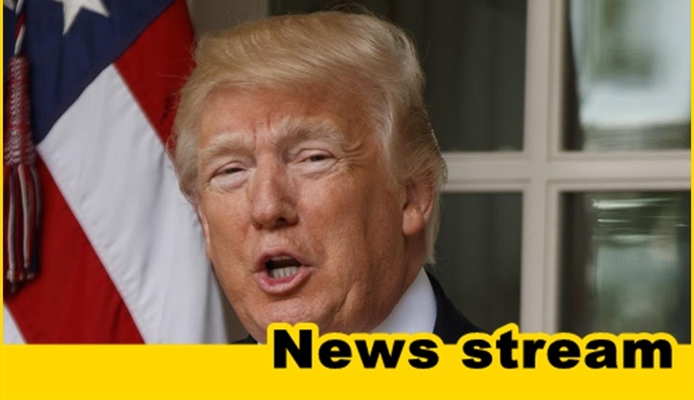 One country where traders are less obsessed over President Donald Trump’s tweets about China, is China.

While their counterparts elsewhere grapple with the impact of Trump’s Twitter tirades, equity traders in China don’t have easy access given the service is blocked there. They aren’t rushing for work-arounds such as VPNs either, and say Trump’s tweets — often occurring out of trading hours — are having less impact on China’s equity markets than before.

“It’s pointless following him too closely — he might say something today and it will be a whole different story tomorrow,” Zhang Haidong, a fund manager at Jinkuang Investment Management in Shanghai, said of Trump on Twitter. “Trading off his tweets alone would be too volatile.”

That sentiment is wishful thinking for global traders who’ve become accustomed to market-moving tweet-bombs on everything from China and North Korea to Amazon.com Inc. and Harley-Davidson Inc. In remarks to reporters last month, Trump played down his impact on asset prices, saying “don’t tell me about 600 points” in response to that day’s US stock decline after a tirade.

Trump’s tweets have moved Chinese markets, though there are signs the influence is waning. Onshore equities took a blow on May 6 when two tweets from Trump soured the outlook on trade talks and sent global markets plunging. The Shanghai Composite tumbled 5.6%, then the most in more than three years. At the time, China’s own Twitter-like platform removed posts about Trump’s comments. A measure of volatility on the Shanghai Composite Index shot up that month to the highest in three years.

But since then tweets have had decreasing impact. The Shanghai Composite Index rose as much as 0.6% Wednesday as traders shrugged off Trump’s Tuesday tweet that said a trade deal with China would be much tougher if he’s re-elected. Declines on the gauge were also limited to 1.4% when Trump announced more tariffs in early August and later that month. The 50 day volatility measure is now near the lowest since February last year.

With Trump’s tweet salvos usually flying outside of China’s trading hours, screenshots shared in chat groups on platforms like Tencent Holdings Ltd.’s WeChat are sufficient, said Lin Qi, fund manager at Lingze Capital. “These tweets have a very short-term effect on the market so second-hand sources like screenshots or news reports are enough — we’re in it for the mid-to-long term.”

China’s Shanghai Composite Index is up 18% for the year despite the trade war’s twists and turns. The gauge has risen 1.8% this week, even amid the latest escalation. Forex traders have had a tougher time, with the yuan enduring its worst month versus the dollar on record in August.

Not that opportunities don’t arise in the aftermath of Trump’s tweets. Even for those who don’t look at them.

“I’m growing numb to all this,” said Liang Jinxin, a strategist with Tianfeng Securities Co. “Just buy when the markets drop on the bad news, as you know that will be followed by good news after a while.”

(The story has been published from a wire feed without any modifications to the text.)