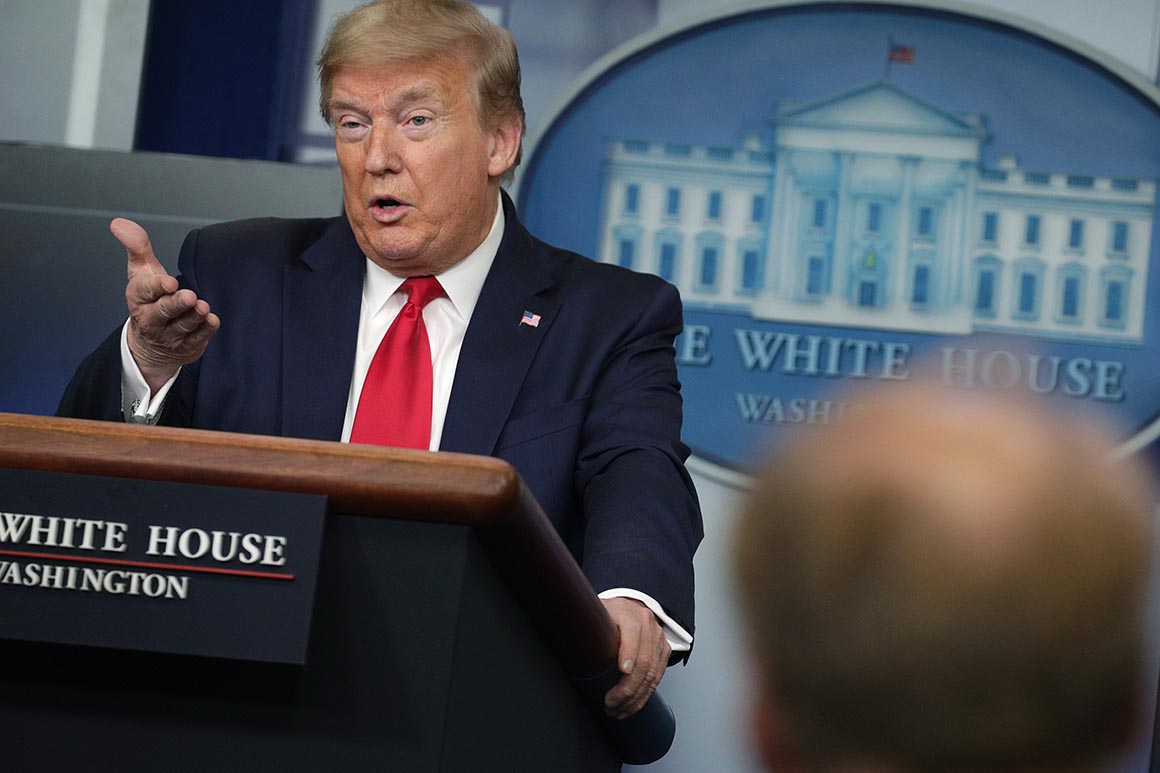 The letter comes as Trump put pressure on Michigan, Minnesota, and Virginia to ease up on social distancing measures a day after the White House released federal guidelines to reopen the economy. Protests, many led by Trump supporters, have cropped up across the country demanding state leaders reel in restrictions designed to stop the spread of the virus.

Trump told faith leaders on a call Friday afternoon that while he wants everyone to abide by his administration’s guidelines, he affirmed the right of churches to meet and their civil liberties to gather, according to two people on the call.

The president listened to recommendations from faith leaders, according to the participants, who shared their concerns about getting the economy re-opened.

“One brought up an issue regarding the clergy are not able to move around as effectively,” a participant said. “Even though guidance identifies clergy as providing essential services, it’s been a problem in New York that pastors have not been able to get into the cities to even record their messages from churches and it’s been a problem with clergy being able to get into hospitals and deliver last rites and that’s a problem.”

The White House offered appreciation for churches responding creatively with drive-in services, and for the DOJ stepping in when states are overzealous, a participant said.

“Many see this crisis as an opportunity to reduce liberty and enlarge government power in permanent ways,” the letter states. “We urge the DOJ to take numerous, specific actions, right now, to focus and act against this disturbing new danger to our country’s future.”

Asked about the conservatives’ missive to Barr, a Justice Department spokeswoman said only: “We are reviewing the letter.”

So far, Barr has staked out a middle-ground position: defending the authority of state officials to impose sweeping stay-at-home orders, while arguing that religious services shouldn’t face greater restrictions than other activities.

“Religious institutions must not be singled out for special burdens,” Barr said in a statement Tuesday. “While we believe that during this period there is a sufficient basis for the social distancing rules that have been put in place, the scope and justification of restrictions beyond that will have to be assessed based on the circumstances as they evolve.”

In an interview last week with Fox News’ Laura Ingraham, Barr echoed some of the rhetoric of conservatives chafing at the state-imposed restrictions. He referred to the directives as “draconian” and said governments soon need to move beyond telling “people to go home and hide under the bed.”