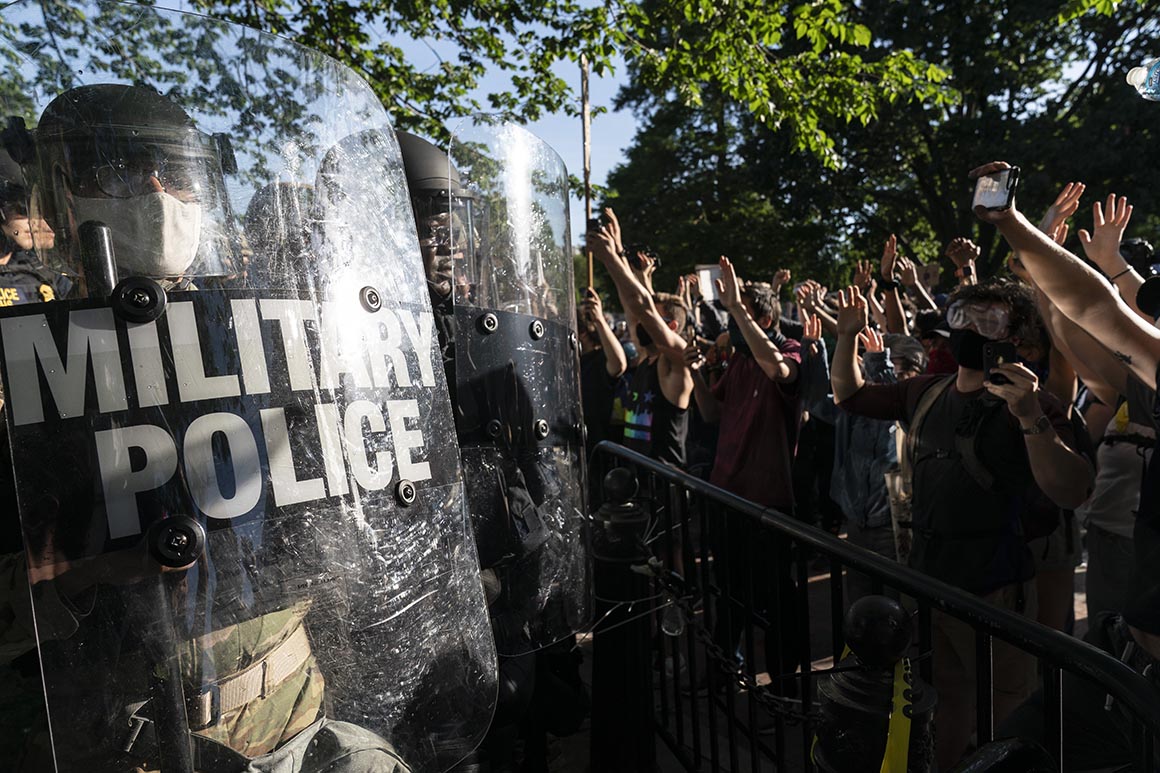 Former House Speaker Newt Gingrich, a Trump ally, acknowledged the campaign took “a little while” to determine what to do about the protests but said it’s understandable that the president and his aides “take some time to look at ‘what does it mean?’”

Trump began his fourth year in office expecting to campaign on a list of his self-proclaimed accomplishments, including a booming stock market, rising wages and job growth. But then came a one-two punch: First the coronavirus pandemic, which has killed more than 100,000 people in the United States, then a decimated economy that left the equivalent of 1 in 4 American workers unemployed.

And then came the massive protests in more than 100 cities on a scale not seen since the assassination of Martin Luther King Jr. more than half a century ago.

With just five months left before the election, Trump aides and allies privately worry the president no longer has the time to make up the ground he’s lost over the past few months. Polls show presumptive Democratic presidential nominee Joe Biden leading Trump in most national polls and in many key states.

Staffers dispute their response lagged but five Republicans and former aides grumbled about the delay. Initially, the campaign focused on criticizing the media for failing to draw more attention to Trump’s comments Saturday in which he called Floyd’s death a “grave tragedy” and decried the “violence and vandalism” of the protests.

Aides also attacked Biden for what they called a delay in commenting about the protests, and chided his staff for donating to a group that posts bail for jailed protesters in Minneapolis.

“At least 13 of his campaign staffers bragged about donating to a fund that posts bail for people arrested for rioting in Minneapolis,” said campaign spokesman Tim Murtaugh. “The Biden team, then, is effectively funding the rioters who are burning Minneapolis to the ground. That’s egregious.”

Biden blasted Trump and his team’s initial rhetoric in a speech on Tuesday. “I promise you this,” Biden said, “I won’t traffic in fear and division. I won’t fan the flames of hate. I will seek to heal the racial wounds that have long plagued this country — not use them for political gain.”

Indeed, Trump’s initial attempts at a measured response was complicated by his own tweets, which included threats of violence against looters using terminology that traces back to a Miami police chief who vowed to use violence against black protesters during 1967 protests. Many were calling on the president to speak to the nation. He resisted.

The tweets came as Trump’s campaign is trying to put a dent in the overwhelming support Democrats have among black voters, particularly in several key states, including Michigan, Wisconsin and Pennsylvania — each of which Trump won in 2016 by less than 1 percentage point.

Trump earned just 8 percent of the black vote in 2016. Prior Republican presidential candidates have also struggled to make inroads with African American voters.

Georgetown Law professor Shon Hopwood, who advised the White House on a criminal justice reform bill, said Trump doesn’t get enough credit for his record with the African American community. Trump often touts his funding for historically black colleges and universities, clemencies and the creation of Opportunity Zones, which are designed to bolster investment in poor areas.

Hopwood said he had hoped the administration would tackle policies to provide more oversight of law enforcement in the wake of Floyd’s killing. But by Monday night, Trump had taken a different route.

In a Rose Garden address, Trump fell back on a familiar theme — law and order — before walking across the street to St. John’s Episcopal Church, a church presidents have attended for two centuries and that had been damaged in a fire during protests the previous night.

“I am your president of law and order,” he declared before making the trek, as law enforcement cleared protesters outside the White House gates. “Where there is no justice, there is no liberty.”