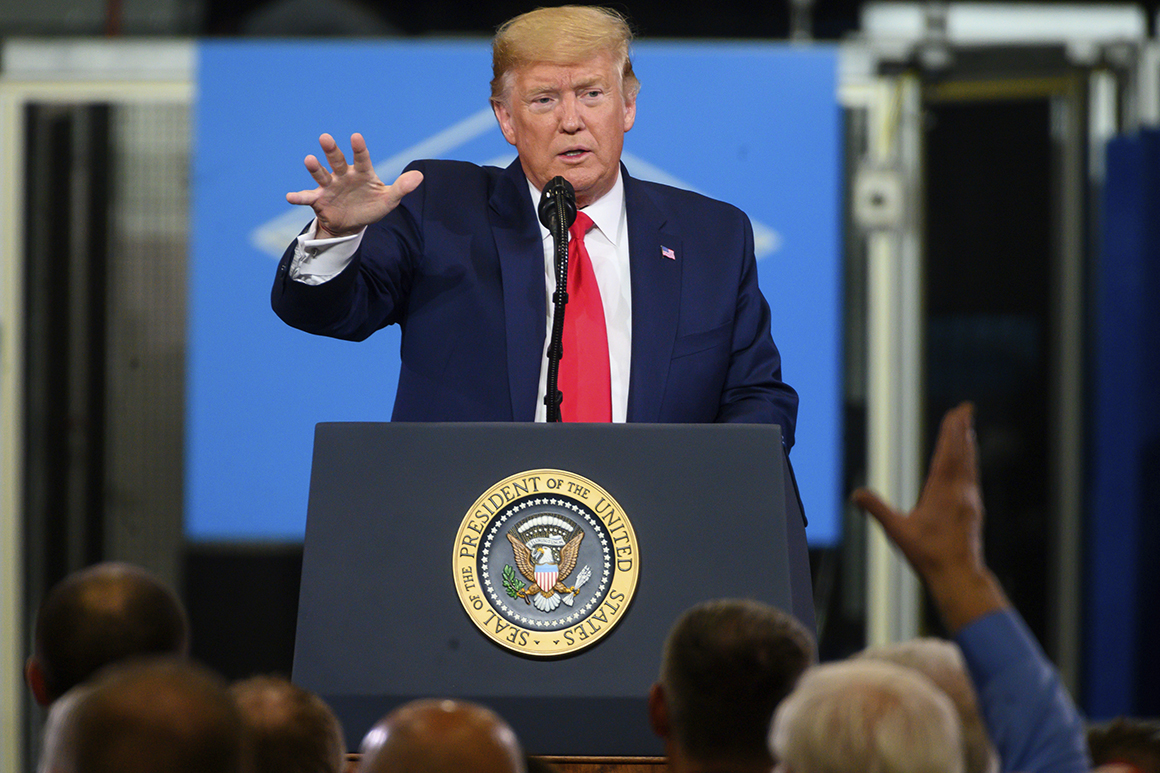 Trump has kept uncharacteristically quiet on the outbreak, leaving the bulk of the response to his health advisers but sounding an optimistic note about the virus when he has weighed in.

“We think we have it very well under control. We have very little problem in this country at this moment — five — and those people are all recuperating successfully,” Trump told his audience on Thursday, though a sixth U.S. case of the respiratory illness was confirmed hours before his speech. “But we’re working very closely with China and other countries, and we think it’s going to have a very good ending for us … that I can assure you.”

While no one has died from the virus in the U.S. and health officials have maintained that the threat to the general American public remains low, close to 100 potential cases of the coronavirus are under investigation here. The accuracy of Trump’s claim — reiterated in a tweet — that those infected are “in good recovery” was not immediately clear.

Working closely with China and others on Coronavirus outbreak. Only 5 people in U.S., all in good recovery.

The handful of times Trump has weighed in on the outbreak, he has thanked President Xi Jinping of China for his “transparency” about the virus, which first appeared in a central province of the country last month. While health experts have expressed similar appreciation in comparison with how Beijing has handled previous outbreaks, the praise has not been universal.

On Wednesday, the White House announced that the president had formed a coronavirus task force headed by Alex Azar, the secretary of Health and Human Services, to coordinate the U.S. response to the disease through the National Security Council.