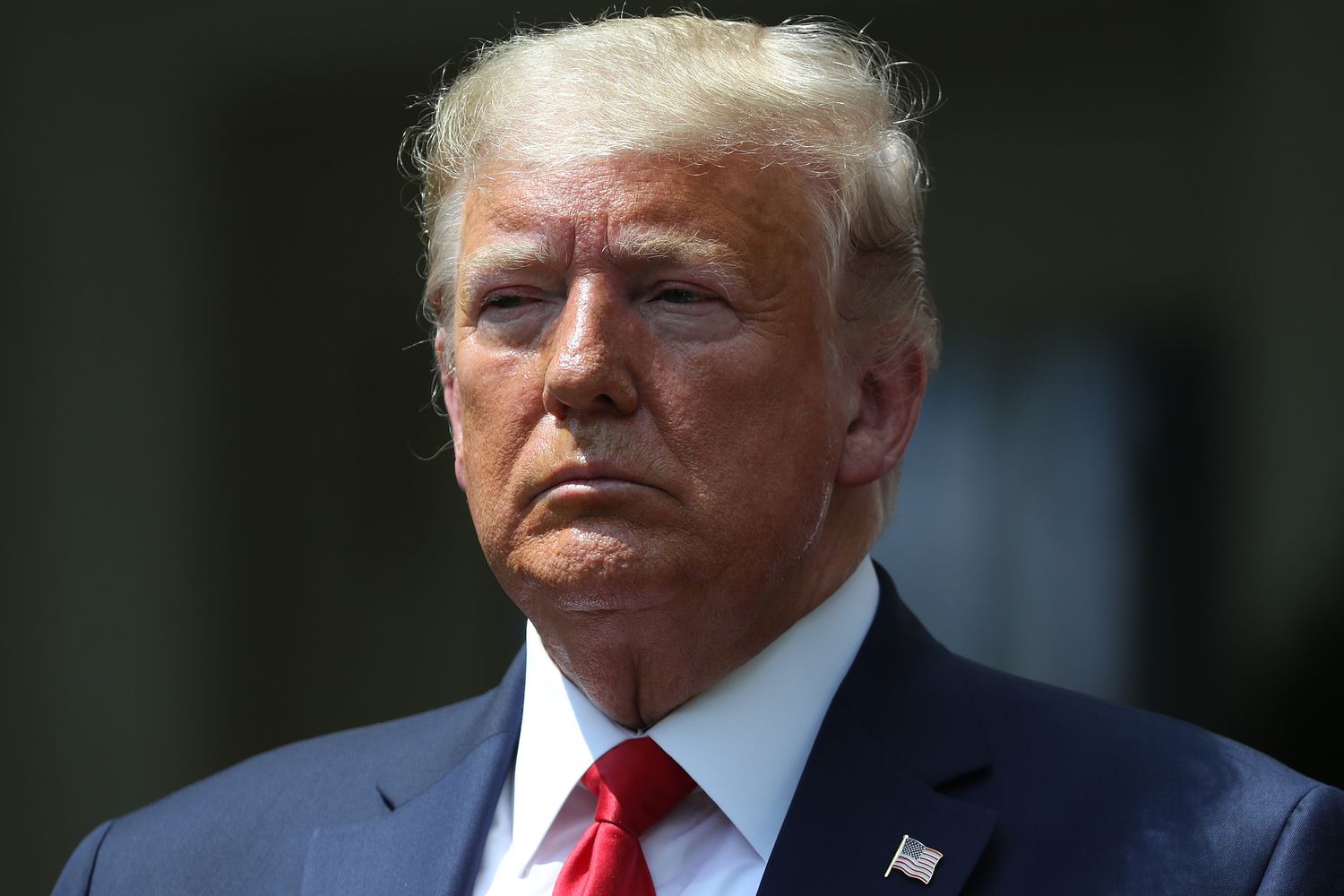 Trump also repeated his prediction that a vaccine would be developed before the end of the year — a timeline his top health officials have said is possible, but far from certain. Creating vaccines for new diseases generally take several years — if they work at all.

“I said by the end of the year, I think it will be a lot sooner than that,” he said Friday, and called development of a vaccine in record time “easy.”

In a nearly hour-long speech in the Rose Garden, Trump jumped from the economy to protests against police violence to the ongoing pandemic, praising those states that have moved quickly to reopen their economies and criticizing those that have kept public health measures in place. He spoke of great progress against the virus, even as cases rise in many states.

“We want the lockdown to end for the states,” he said. “We may have some embers or some ashes or flames [of coronavirus] coming, but we will put them out, we will stomp them out.”

He also inaccurately claimed that the U.S. leads the world in coronavirus cases because it leads the world in testing. While improved testing rates have found more cases, there would be even more cases without ramped up testing as asymptomatic carriers would unknowningly spread the virus.

Trump spoke Friday with top administration officials packed tightly around him, none of them wearing masks. And just before the event began, the White House moved reporters’ chairs to be much closer together than the six feet of distance recommended by the Centers for Disease Control.

“I notice you’re starting to get much closer together — looks much better I must say,” he said.

Economic advisers and officials flanked Trump and no health official spoke at the event.

But while the president spoke, CDC Director Robert Redfield tweeted that the coronavirus is “the most significant public health challenge to face our Nation in more than a century.”

“It is weaving its way through our social consciousness, our outward expression, and our grief,” Redfield wrote.

The U.S. currently has 1.88 million confirmed cases and 108,664 deaths, according to the Johns Hopkins Coronavirus Resource Center.