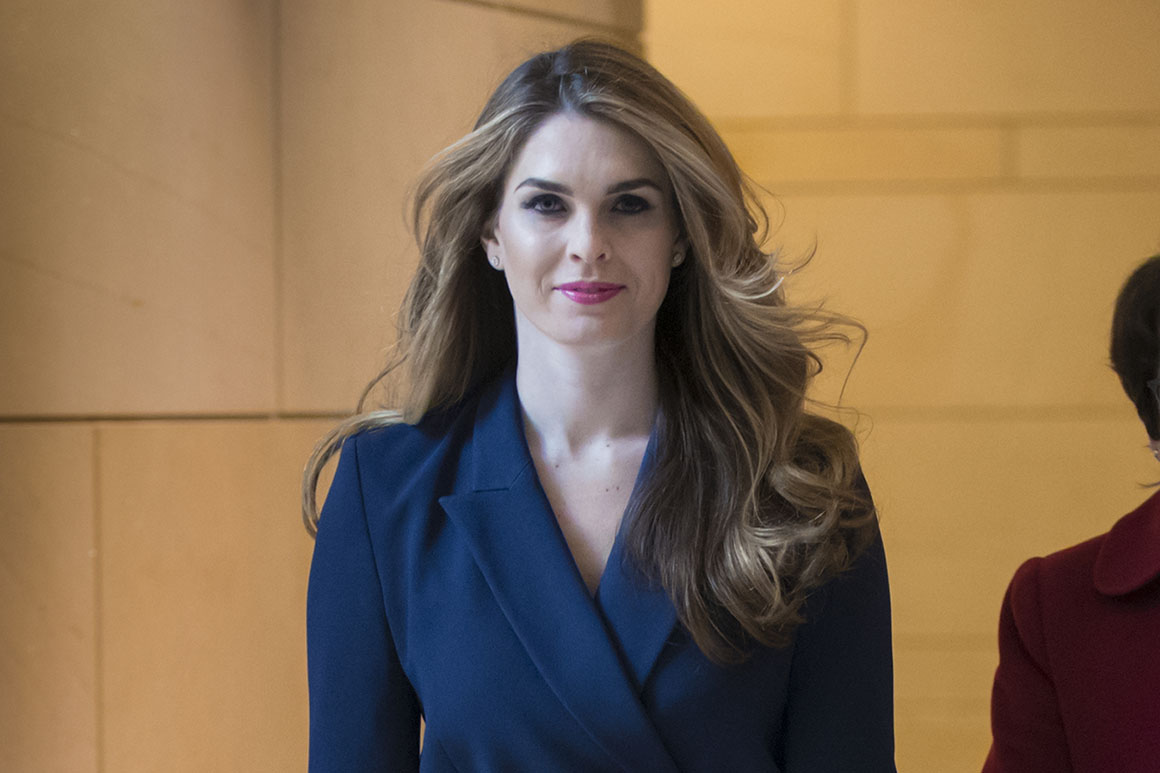 Taken together, the moves have signaled a pattern of reinstating and promoting those closest to Trump after purging staffers Trump viewed as insufficiently loyal or part of the alleged “deep state” plot to get him. The last seven days have seen a makeover of White House and agency offices, driven partly by Trump’s desire for revenge post-impeachment and partly by his wish to staff the West Wing with people with whom he feels comfortable.

The new hires and promotions like Hicks and McEntee also happen to be close with Kushner, who is overseeing the reelection campaign and has his own influential power center within the White House.

“POTUS is surrounding himself with people who believe in him and his policy agenda,” said Jason Miller, a former top communications adviser on the 2016 campaign who applauded Hicks and McEntee’s return to the West Wing.

Trump’s vengeance campaign has claimed people across the government.

At the White House, Lt. Col. Alexander Vindman, a top National Security Council Ukraine staffer, was escorted off the premises as retaliation for damaging testimony during the House impeachment hearings. His twin brother, an NSC lawyer, was also booted from his job. Both have returned to the military, where they worked before being detailed to the White House.

At the State Department, Trump fired Gordon Sondland, the now-former U.S. Ambassador to the European Union, after he also took a turn on the witness stand. Elsewhere, Trump pulled the nomination of former U.S. Attorney Jessie Liu for a top position at the Treasury Department because of her role in special counsel Robert Mueller’s case against Roger Stone, Trump’s longtime political confidant who was convicted on charges of lying to Congress.

McEntee’s new position atop the White House personnel office will be critical for staffing up across the government in 2020 and into a potential second Trump term. The office has long been seen as a weak spot within the administration, given the huge number of vacancies across agencies and a lack of vetting of several top officials that led to fallen nominees and embarrassing headlines. Trump even once said he was simply outsourcing his vetting process to the media instead of doing it in-house.

Donors and the business community have also been frustrated by the lack of responsiveness from the personnel office, according to one Republican close to the White House — not to mention the office’s reputation for frat boy antics inside the Eisenhower Executive Office Building.

Over in the West Wing, Hicks will work in her new role under Kushner as a counselor to the president and senior adviser, White House press secretary Stephanie Grisham confirmed, calling Hicks “one of the most talented and savvy individuals I have come across.” Hicks departed the White House in March 2018 after working as communications director for Trump. She then moved to Los Angeles to work in a senior communications role at Fox Corporation.

“There is no one more devoted to implementing President Trump’s agenda than Hope Hicks,” Kushner said in a statement. “We are excited to have her back on the team.”

Hicks’ return to the White House gives Trump an ally who’s adept at translating his wishes to the broader staff.

Hicks was always well-liked among the communications and press staff, getting along well with the competing factions from the 2016 campaign and the Republican National Committee. Since leaving the White House, she has also remained close with Kushner and his wife Ivanka Trump, visiting them at the president’s Bedminster resort. McEntee is also extremely close with the entire Trump family.

As the White House started preparing for election year, the president’s inner circle made overtures to Hicks about coming back to the White House, according to a former White House official familiar with the situation. Initially, it wasn’t expected that Hicks would actually make the move because she was enjoying her work at Fox. But Trump, who listens to and trusts Hicks’ opinion, ultimately persuaded her to return, the person said.

“She thought it is the only time in her life she’ll be this close to the president and be able to do so much,” the former official said. “She’s a trusted aide that’s just looking out for the president first, and that is in short supply there.”

Hicks will likely start her new position early next month, though the exact details are still being worked out, according to a senior administration official.

Hicks, Doocey and McEntee did not immediately respond to a request for comment.