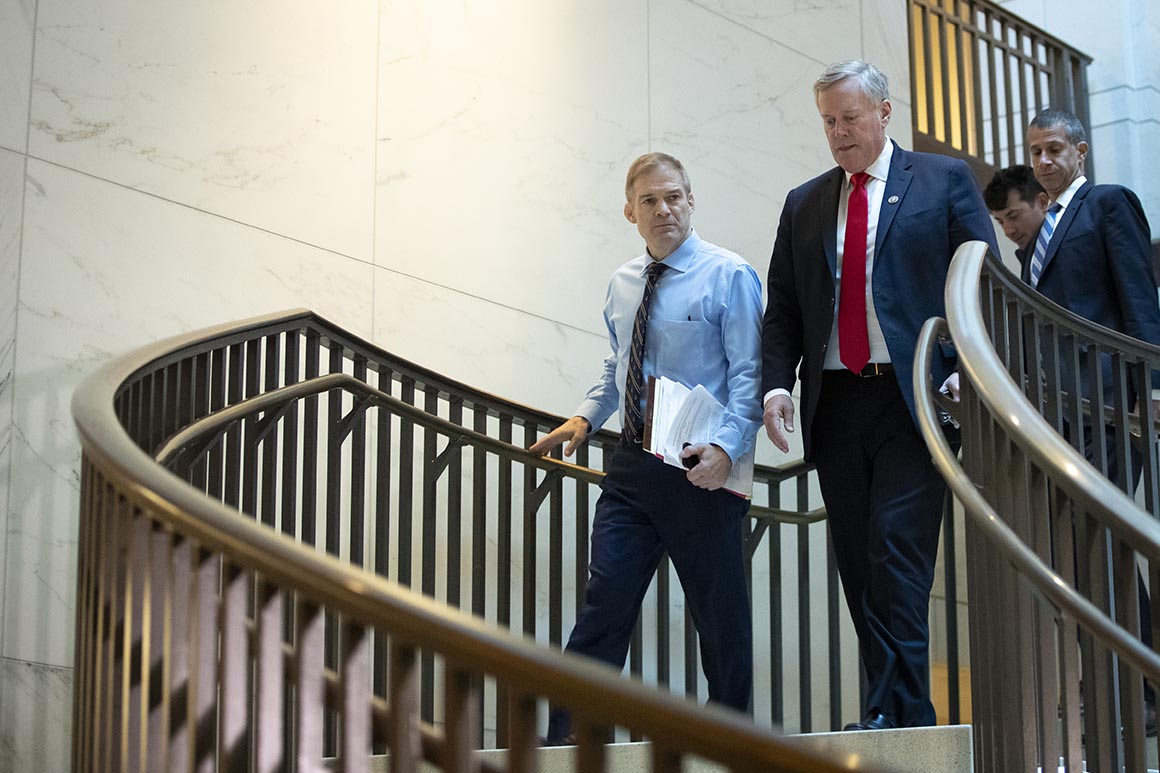 The White House didn’t specify in its statement what exactly the members would be doing, but one GOP source says they are expected to play a more behind-the-scenes role, with a focus on messaging and strategy. “I would consider them a quasi reserve unit,” the source said. Some of the House Republicans who are most familiar with the case have already been advising and meeting at the White House in recent weeks, including Jordan and GOP counsel Steve Castor.

“The President looks forward to their continued participation and is confident that the Members will help expeditiously end this brazen political vendetta on behalf of the American people,” the White House release continued.

Trump had talked for weeks about possibly enlisting House members as part of his legal team but Senate Majority Leader Mitch McConnell and other Trump allies both inside and outside the White House opposed the idea, several people familiar with the deliberations said. They were reluctant to elevate them to such a high-profile role in the trial, which they worry could take away from the solemn nature of the proceedings and serve as a distraction.

During the trial, only Trump’s defense team and the House Democrats’ impeachment managers will be allowed to substantively debate on the floor. Senators will be limited in what they can say during the proceedings.

But the House Republicans can now aggressively defend Trump on television, leaving Senate Republicans to stick to trial business as impartial jurors and avoid criticism for going on air.

The lineup of House members includes some of Trump’s longtime defenders on Capitol Hill, including Meadows, who has been mentioned as a possible future White House chief of staff; Collins, the top Republican on the House Judiciary Committee; Ratcliffe, a former prosecutor; and Jordan, who had a starring role in the public impeachment hearings. But it also includes several GOP members who caught Trump’s eye during the House impeachment hearings for their vigorous public defense of him, such as Zeldin and Stefanik.

Trump had been fuming both privately and publicly for weeks before the House’s public impeachment hearings began that Republicans weren’t doing enough to defend him. But that changed after the House Intelligence and Judiciary committees hearings got underway, according to several people familiar with the situation.

Melanie Zanona contributed to this report.