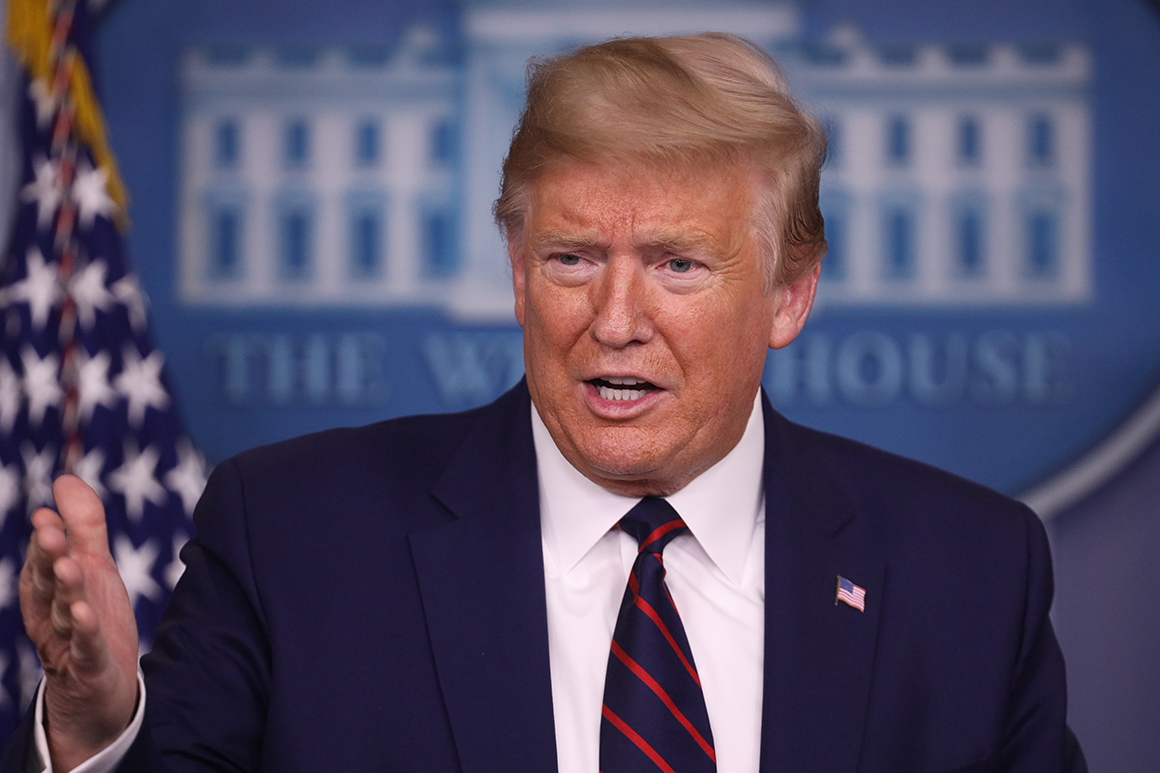 Officials have spent days debating the planned recommendation, worried about the risk of sending mixed messages on public health, draining health workers’ supplies and giving Americans a false sense of security. Experts have cautioned that homemade masks are insufficient to protect the wearer from contracting the coronavirus.

In Thursday evening‘s press briefing with the White House coronavirus task force, the president teased the new guidance, with Vice President Mike Pence answering in the affirmative when a reporter asked to clarify that the face-covering recommendation would in fact be revised.

Trump emphasized that the guidance, which he said would apply “nationwide,“ would not be mandatory.

“Frankly, I don‘t think they will be mandatory because some people don‘t want to do that, but if people wanted, as an example on the masks, if people wanted to wear them, they can. If people wanted to use scarves — which they have, many people have them — they can,“ he said, repeating his preference for scarves.

Senior Trump officials had previously warned Americans not to wear masks, insisting that the practice could even increase the risk of contagion by leading people to more frequently touch their faces to adjust the coverings. Administration officials also had been worried that it would lead to hoarding, exacerbating shortages of protective equipment that health workers desperately need.

“Seriously people — STOP BUYING MASKS!” Surgeon General Jerome Adams tweeted on Feb. 29. “They are NOT effective in preventing general public from catching Coronavirus, but if healthcare providers can’t get them to care for sick patients, it puts them and our communities at risk!”

But Adams on Wednesday said that the administration was rethinking its guidance. “We’ve asked the CDC to take another look at whether or not having more people wear masks will prevent transmission of the disease to other people,” Adams said on ABC’s “Good Morning America.”

A senior official said the White House’s position evolved in light of more data about the extent that the virus is being spread by asymptomatic individuals. On Thursday, Mayor Bill de Blasio of New York urged his constituents in the nation‘s largest city to cover their faces in public.

Officials also plan to stress that wearing masks is not a substitute for maintaining social distancing and following other guidelines to curb the virus’ spread.