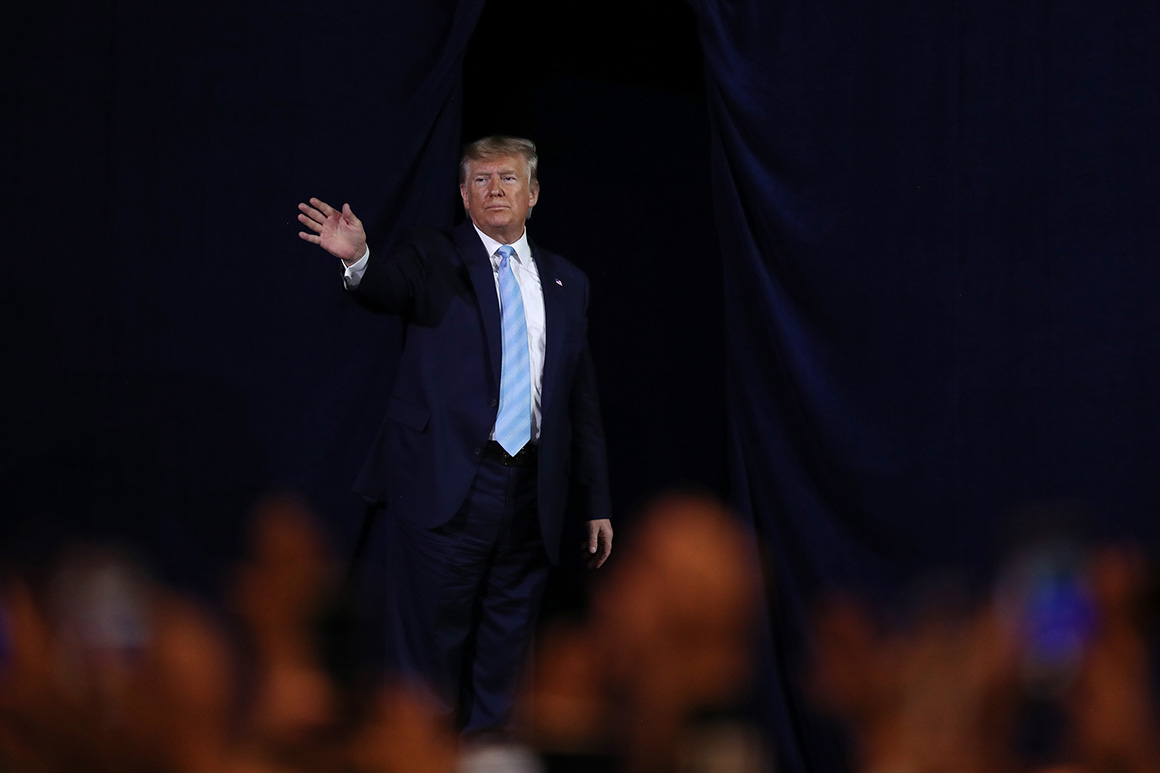 This Media Post will serve as a reminder that war powers reside in the Congress under the United States Constitution. And that you should read the War Powers Act. And that you’re not a dictator. https://t.co/VTroMegWv0

Later Sunday, House Speaker Nancy Pelosi took the matter a step further. “This week, the House will introduce and vote on a War Powers Resolution to limit the President’s military actions regarding Iran,” she said in a statement.

The exchange with Democrats came the same day that Trump told reporters aboard Air Force One that he had the presidential authority to act against Iran as he saw fit — and also threatened Iraq with sanctions if the country was hostile to him. The president also said Iraq would need to pay the United States back before the U.S. could even think of leaving: “We have a very extraordinarily expensive air base that’s there. It cost billions of dollars to build. Long before my time. We’re not leaving unless they pay us back for it.“

Some Democratic lawmakers have expressed frustration with the Trump administration’s secrecy in carrying out military action that killed Iranian military commander Qassem Soleimani. The administration did not give Congress a heads up before executing the strike. On Saturday, The White House did notify Congress of its action, as required under the 1973 War Powers Act — but it only offered brief information that lawmakers said lacked detail and raised more questions than it answered.

Other lawmakers lambasted the president’s “notification” tweet. Rep. Mark Pocan, a Wisconsin Democrat, wrote, “This is Twitter. This is not where you wage unauthorized wars.”

Secretary of State Mike Pompeo has insisted that the strike against Soleimani reduced risk and made the world “a safer place,” claiming the intelligence community had assessed that “the risk of doing nothing was enormous.”

But the strike has also created a ripple effect of instability throughout the Middle East. On Sunday, the Iraqi parliament approved a resolution aimed at expelling American troops from the country. Iran said it is backing away from commitments made under its 2015 nuclear deal with major powers. And the U.S. military suspended its operations against remaining elements of the Islamic State in Iraq and Syria, positioning troops to protect bases in Iraq from strikes by Iran-backed militias.

Later Sunday, aboard Air Force One, Trump told reporters that the U.S. could counter the Iraqi parliament’s move if the Iraqis are not polite about the situation: “If there’s any hostility, that they do anything we think is inappropriate, we are going to put sanctions on Iraq, very big sanctions on Iraq,” he said.

He added: “We will charge them sanctions like they’ve never seen before ever. It’ll make Iranian sanctions look somewhat tame.”

Trump also said “we may discuss” releasing intelligence related to the Soleimani strike, and he addressed backlash to his Saturday warning of targeting 52 Iranian sites — some of them culturally significant — if Iran retaliated for the general’s death. The president stood by his threat on Sunday, even though it could be considered a war crime under international laws.

On whether the U.S. will see a reaction from Iran: “If it happens, it happens. If they do anything there will be major retaliation.”