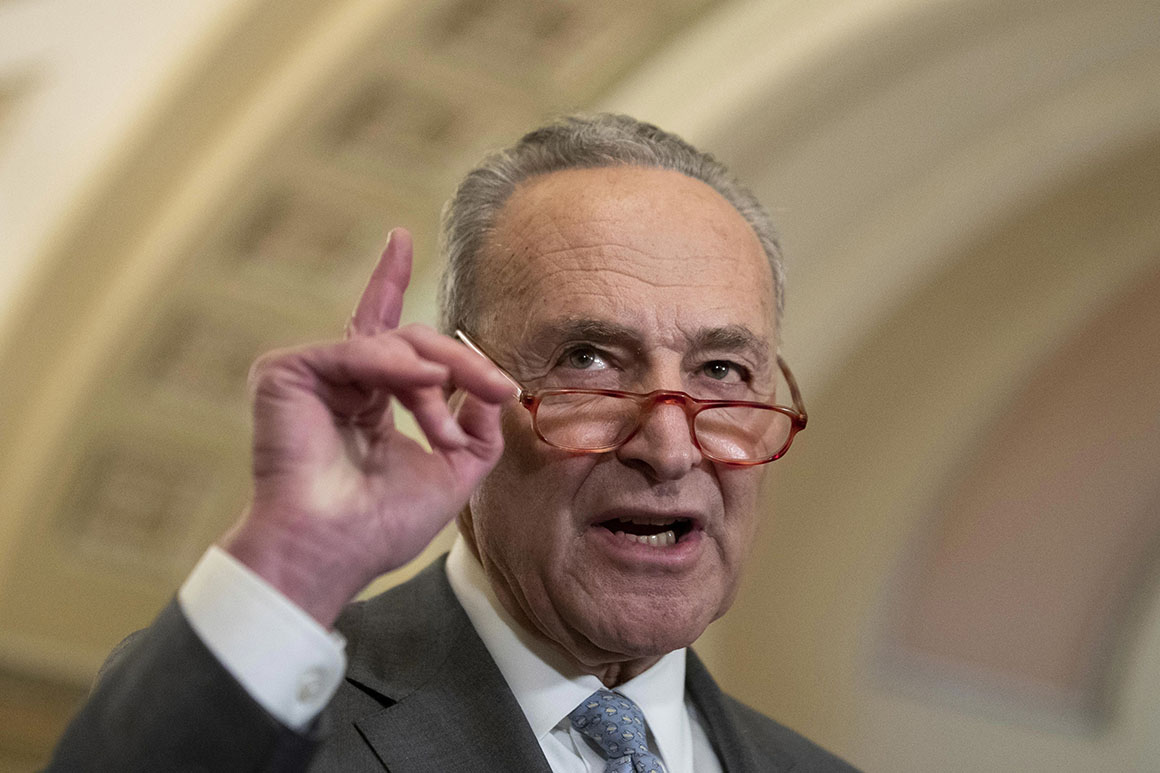 Trump recently invoked the Defense Production Act for its first coronavirus use to get General Motors to make ventilators, but it will still take time to ramp up production. Democrats want to see broader use of the act.

Schumer told “Morning Joe” he spoke recently with Navarro and was “very disappointed.”

“He is a good man,” Schumer said. “He is a professor. He knows a lot about China. He knows nothing about this.”

The swipes between Schumer and Trump come as Democrats are beginning to push for a Phase 4 coronavirus relief package. While Speaker Nancy Pelosi (D-Calif) has already outlined a vision for the fourth package, Senate Republicans want to first focus on the implementation of the $2 trillion rescue package — the largest in history — which Congress passed and the president signed last week.

Sarah Owermohle and Quint Forgey contributed to this report.