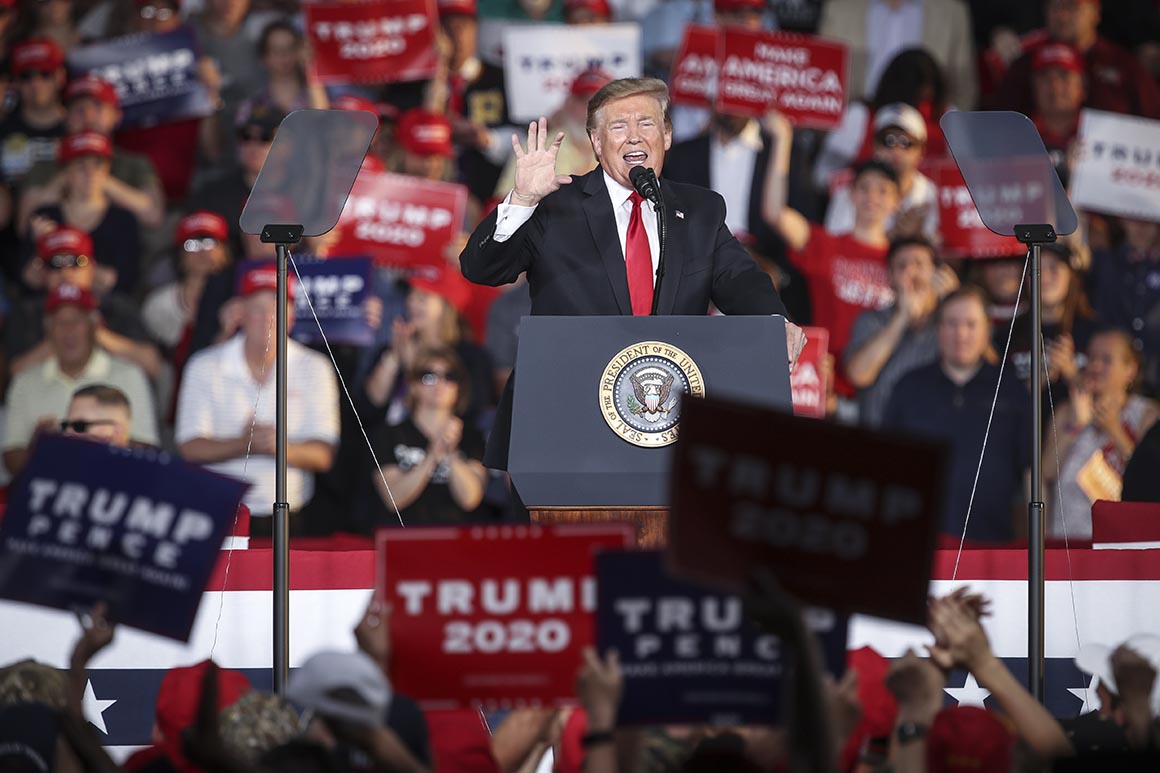 “Americans are ready to get back to action and so is President Trump. The great American comeback is real and the rallies will be tremendous,” Parscale said in a statement. “You’ll again see the kind of crowds and enthusiasm that sleepy Joe Biden can only dream of.”

The move comes at a precarious moment for Trump. National and swing state polls show him taking a major hit amid his handling of the pandemic and the social unrest that followed the killing of a African American man at the hands of Minnesota police. He is trailing Joe Biden substantially in many polls.

The president’s team views the rallies as a way of rejuvenating his base and displaying the enthusiasm behind his reelection bid. They are eager to create a contrast with Biden, who has largely remained secluded in his Delaware home and hasn’t held a major campaign event since spring.

While Trump is likely to face blowback for resuming in-person events while the coronavirus pandemic is still ravaging the country, his advisers contend that the recent massive protests in metropolitan areas will make it harder for liberals to criticize him.

Trump hasn’t held a rally since March, though in recent weeks he has used ostensibly official events to visit swing states. He is gradually returning to normal political life, with a pair of in-person fundraisers scheduled for this month. He will headline an event Thursday at a private home in Dallas.

Aides are factoring in an array of factors in determining where the rallies will be held, including the number of coronavirus cases that exist locally.

With the election less than five months away, there’s a growing sense of urgency within the Trump campaign. It has recently taken steps to beef up its infrastructure, elevating longtime political adviser Bill Stepien and bringing on Jason Miller, a key figure on Trump’s 2016 bid. The staff moves are intended to provide additional support to Parscale, who has been campaign manager since 2018.